Novo Resources is a step closer to mine production from its Pilbara gold assets in WA this week, with a key mining lease now granted for its emerging Beatons Creek project near Nullagine, WA. The rigorous tenement approval process was underpinned by the company’s impressive mineral resource estimate of just over 900,000 ounces, with 316,000 ounces sitting in the oxide zone, which Novo will attack first. 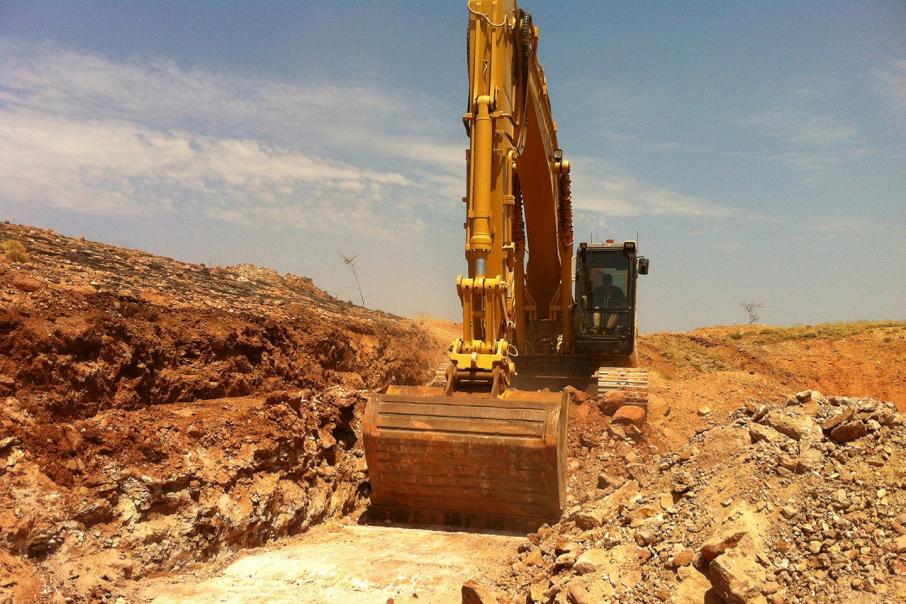 Canadian listed gold developer Novo Resources is a step closer to mine production at its Pilbara assets in WA, with a key mining lease over its emerging Beatons Creek conglomerate gold project granted this week.

The rigorous approvals process was underpinned by the company’s impressive mineral resource estimate generated for the project, which outlined a global gold inventory of just over 900,000 ounces, with 316,000 ounces sitting within the oxide zone, which Novo will attack first.

The grant of the new tenement – known as the Edwards lease - is important to Novo, as it contains 99% of all the gold mineralisation delineated at the project area to date.

Company CEO and Director Rob Humphyson said: “The granting of mining tenure and approvals are a testament to the hard work and expertise within the Novo technical team, particularly given the challenges of seeking approvals for operating proximal to a residential area and within a P1 water reserve.”

“These are very welcome developments and complementary to the east Pilbara options study which is now well underway. The centrepiece of this study is an assessment of the productive mining capacity of Beatons Creek based upon our improved understanding of resource block dimensions, which will in turn inform processing plant sizing and costing.”

The company also revealed that it had completed its mineralisation report for its Karratha gold project, which incorporates the Comet Well and Purdy’s Reward exploration licences that contain conglomerate gold-hosted mineralisation.

Novo said the new resource estimate is undergoing final internal reviews and details will be made available upon completion of these reviews.

The company recently initiated its 2019 field exploration season across its vast ground holdings in the Pilbara region of WA.

At the Egina gold project, about 80km southwest of Port Hedland, the company is completing detailed geological mapping and small-scale, trench “pan” sampling ahead of a large bulk-sampling and processing phase for the project.

A series of upgrades to the company’s gravity gold processing plant are underway, in preparation for the bulk sampling operations.

The aim of the sampling program is to establish a means of delineating mineral resources across the defined and targeted gold-bearing gravel terraces located throughout the Egina district.

At the Karratha gold project further west, the company has begun a field program of target generation supported by mapping and sampling over 8km of strike for conglomerate-hosted gold mineralisation between the prospective Comet Well and the Purdy’s Reward projects.

The company is also considering potential trial bulk sampling options on the existing exploration licences at Comet Well and Purdy’s Reward to determine whether an alternative processing path is available for these gold deposits, before a decision to commence conversion to mining leases.

This program aims to quickly identify, rank and test any targets outlined for occurrences of conglomerate-hosted gold so that the company can rationalise its voluminous land holdings in the Karratha region.

In April, Novo revealed that a comprehensive options study was underway for its East Pilbara gold assets located near the towns of Nullagine and Marble Bar in Western Australia.

This work revolves around Beatons Creek and the company engaged Perth-based consultants Acacia Management and Optiro to undertake the options study for its broad East Pilbara gold holdings.

The options study will now have a much greater urgency for Novo, given this week’s grant of the strategic mining lease over Beatons Creek.