Novo revved up for full tilt at Pilbara gold play

Novo Resources has installed a new exploration camp and has awarded an earthmoving contract for its upcoming bulk sampling and processing activities at the emerging Egina gold project located near Port Hedland, WA. The company recently undertook ground surveys and field investigations that outlined potential conglomerate-hosted and alluvial gold sites suitable for the bulk sampling operations. 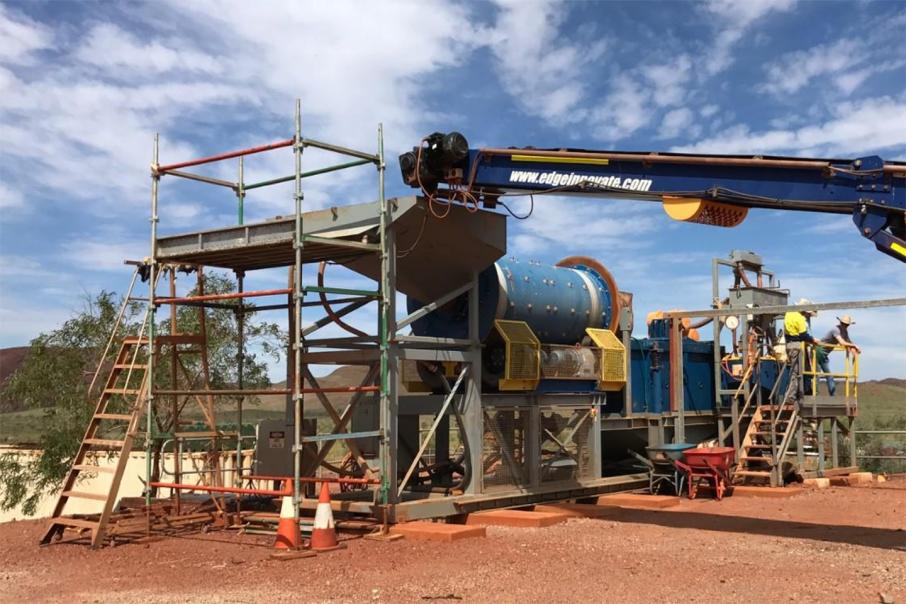 Canadian listed gold developer Novo Resources is getting serious about its exciting Egina project located near Port Hedland in WA, with the installation of a new exploration camp and the awarding of an earthmoving contract for its upcoming bulk sampling and processing operations there.

The company’s privately owned IGR3000 gravity gold plant is undergoing final upgrades to facilitate the processing of the bulk samples and ensure maximum recovery of gold during the campaign.

Novo has also drilled several bores in the vicinity to ensure that appropriate volumes of water are available for this year’s bulk processing works at Egina.

In addition, the company has recently completed ground penetrating radar, or “GPR”, and ground magnetic surveys on-site over the primary target areas, that total about a square kilometre.

Novo management said both techniques had proved useful and indicate shallow and laterally consistent subsurface gravel horizons and accumulations of heavy magnetic sands, which are potential sites for conglomerate-hosted and alluvial gold mineralisation at the project, respectively.

Accurate modelling of these data will be crucial in laying out a network of bulk sampling sites for excavation over the coming period.

Systematic regional geological mapping and metal detecting activities are also underway across Egina to better delineate the extent of gold-bearing lag gravels and potential primary sources of gold in the underlying rock sequences.

According to Novo, numerous gold nuggets have been discovered and recorded thus far from this program and while most are rounded and hence, likely sourced from weathering of conglomerates, others are attached to quartz and perhaps indicate a local hard rock source of gold may be present at Egina.

President, Director and Chairman Dr Quinton Hennigh said: “I am pleased with progress at our Egina gold project. We are confident we will be working at Egina for a long time and therefore decided to invest in a new, large camp suitable for sustainable operations at this remote location.”

“Earth moving equipment has been delivered and preparations for bulk sample processing including upgrades to Novo’s IGR3000 gravity gold plant are well underway.”

“Data from our recently completed GPR and magnetic surveys appear highly useful for laying out our bulk sample sites. We expect to be excavating bulk samples commencing in late-June with processing commencing by early July once plant upgrades are complete.”

“In the meantime, our scout mapping and metal detecting campaign has added to our understanding of the extent of gold-bearing lag gravels across the mining lease as well as suggested we may have local bedrock gold sources.”