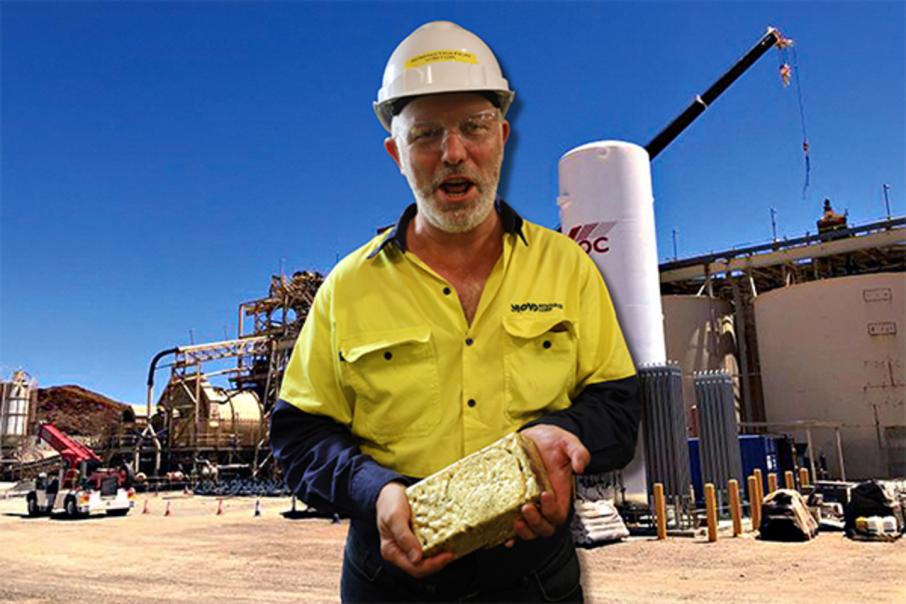 The 1.5 million-tonne-per-annum treatment plant, which was only mothballed in late 2019, and associated infrastructure were acquired by Novo in a deal worth approximately A$130 million in cash and shares.

Novo’s latest published indicated and inferred open-pittable and underground mineral resource estimate for the Beatons Creek conglomerate deposit stands at 10.94 million tonnes of ore at an average grade of 2.65 grams per tonne for 903,000 ounces of contained gold.

Novo Resources Chief Executive Officer, Rob Humphryson said: “Achieving first gold pour within six months of acquiring Millennium is nothing short of remarkable. This is testament to the calibre of the Novo team and contract service providers who have worked seamlessly and tirelessly to get us to this milestone. Activities at site are now concentrated on optimising the operation, which is expected to achieve a plant throughput rate of 1.5 million tonnes per annum.”

Novo Resources President and Chairman, Dr Quinton Hennigh said: “We found that conglomerates of the Pilbara are quite nuggety making them particularly difficult to explore and determine grade for purposes of resource modelling. Nonetheless, through ingenuity, perseverance and dedication, our team has overcome these challenges to reach this historic inaugural conglomerate gold pour milestone. And this is just the beginning. With approximately 14,000 square kilometres of tenure, Novo has laid a sustainable foundation upon which it plans to unlock much more conglomerate gold over coming years.”

Whilst the company may be shooting for a gold production target of around 100,000 ounces per annum from Beatons Creek, the nuggety nature of the deposit may host the odd pocket of uber high-grade ore that may even upset the mining and milling reconciliations and push gold output beyond that level.

Novo, who spent A$8.3 million on a refurbishment upgrade and maintenance contract to ready the Golden Eagle plant to process Beatons Creek conglomerate ores, also assumed ownership of a tailings storage dam, power station, administration offices, assay laboratory and a 230-room camp as part of its Millennium acquisition.

It was not that long ago that Novo was seen as just another junior explorer with a pipe dream – and a hard-to-grasp one at that given it wants to chase the little understood conglomerate gold.

The company is now a fully-fledged member of WA’s gold producing community and the first company in Australia to seriously produce conglomerate gold. Now to make some money.