Novo Resources is set to pocket another $5 million in cash as the sale of its Blue Spec mine draws to a close. The company has offloaded the high-grade mine in the Pilbara to aspiring gold miner Calidus Resources, who has recently commenced construction of its Warrawoona mine and will use the ores from the mothballed operation to boost its own developing production profile. 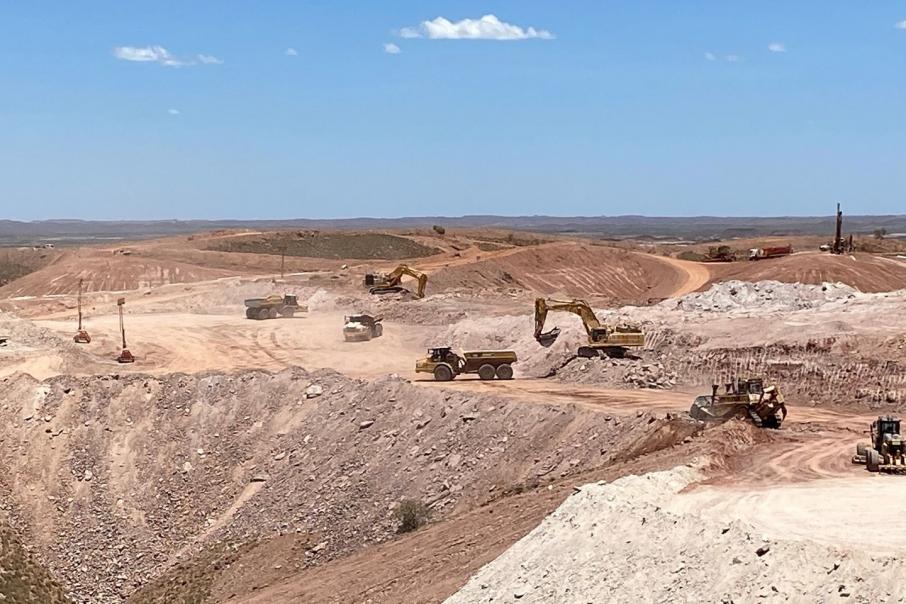 Mining operations at Novo’s Beatons Creek mine near Nullagine in the eastern Pilbara. Credit: File

Novo Resources is poised to pocket another $5 million in cash as the sale of its Blue Spec mine draws to a close. The company has offloaded the high-grade mine in the Pilbara to aspiring gold miner Calidus Resources, who has recently commenced construction of its Warrawoona mine, north-west of Novo’s Nullagine operations and will use the ores from the mothballed operation to boost its own developing production profile.

In addition to the cash payments, which include $7.7m already paid, Calidus will also transfer 13,333,333 shares to Novo alongside its Talga Talga prospecting lease completing the sale of the historic Blue and Gold Spec mines. The lease will add to Novo’s existing holdings near Marble Bar, 85 kilometres north of Nullagine in the eastern Pilbara.

Novo will receive a total of $19.5 million in cash and shares from Calidus as payment for the Blue Spec operation.

Novo Resources Chairman, Dr Quinton Hennigh said:“The conclusion of the sale of a portion of the Blue Spec project helps both Calidus and Novo align their production goals in the region. Calidus has plans to conduct underground mining and develop a milling circuit for sulfide ores making the high-grade Blue Spec resource compatible with their production model.”

“Novo retains areas of shallow oxide prospectivity around Blue Spec and secures land at Talga Talga that potentially hosts down dip continuations of the gold system there.”

The Blue Spec mine lies around 17km north-east of Nullagine in Western Australia. The shuttered operation sits around 70km south-east of Calidus’ developing Warrawoona mine and has been ear-marked by the fledging ASX-listed miner as a source of high-grade ores to boost the company’s production in its first few years of operation. Calidus has recently begun construction of its 2.4 million tonne per annum plant at Warrawoona and expects to begin pouring gold in the first half of 2022.

The Blue Spec deposit currently boasts a resource of 415,000 tonnes of ore grading a stunning 16.35 grams per tonne gold, however this figure is likely to grow as Calidus launches into exploration and development in the coming months.

Novo’s recent refurbishment of the Golden Eagle mill, south of Nullagine, has included the enhancement of the gravity and oxide circuits to better handle and process its growing inventory of near-surface, conglomerate-hosted gold deposits, leaving the company’s inventory of deeper sulphidic ores on the backburner.

However, with Calidus installing a sulphide circuit at its plant to process the deeper ores at its Warrawoona operation, the ASX-miner is providing a ready-made processing solution for not only Novo’s sulphide deposits but a swag of isolated discoveries across the eastern Pilbara.

With both cash and shares set to hit Novo’s accounts in the coming weeks and the company already pouring gold from its Beatons Creek operations, Novo is proving to be a rising star in the gold sector as it mines a wealth of mineralisation from the emerging Pilbara goldfield.