Novo on the verge of WA gold production

Novo Resources is poised to join the growing ranks of WA’s gold producers having received its final approvals from the state government for the commencement of operations at its Golden Eagle plant south-east of Nullagine. Mining has already commenced at the nearby Beatons Creek deposits and with the commissioning of the operation now underway, the company is preparing for its much-anticipated maiden gold pour. 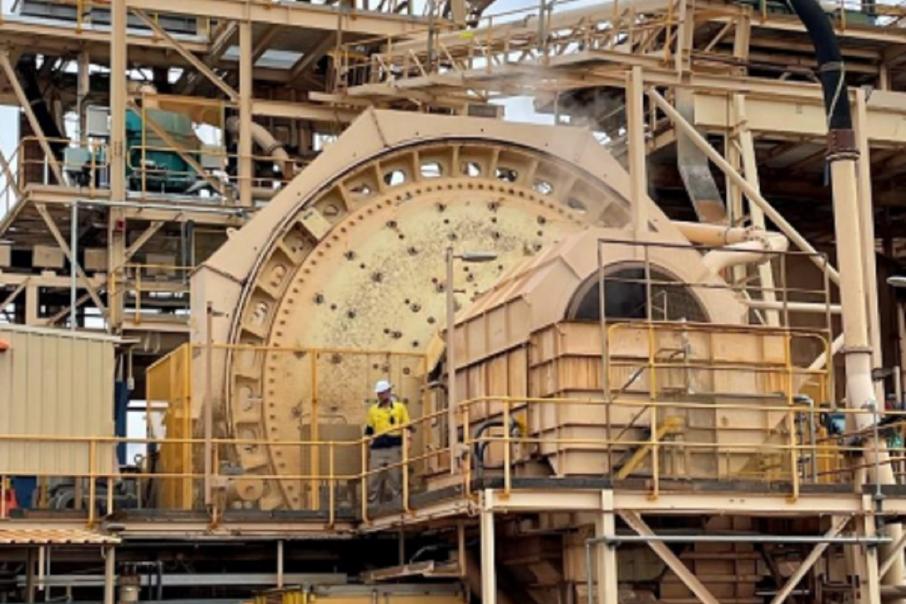 Novo personnel commissioning the crushing and grinding circuit on the Golden Eagle mill at Nullagine in Western Australia.

Novo Resources is poised to join the growing ranks of Western Australia’s gold producers having received its final approvals from the state Government for the commencement of operations at its Golden Eagle plant south-east of Nullagine. Mining has commenced at the nearby Beatons Creek deposits and with various contractors having all but completed the refurbishment of the plant, Novo is now commissioning the operation and preparing for its much-anticipated maiden gold pour.

The company’s coveted move into production is the realisation of a long-held belief in the Pilbara region’s endowment of conglomerate-hosted gold mineralisation. Novo’s founders can trace their exploration efforts back over more than a decade to when the company first entered into a joint venture over three mining leases near Beatons Creek, adjacent to the town of Nullagine.

Since that time, Novo has expanded its holdings across WA’s Pilbara region to cover more than 1,400 linear kilometres of the geological unconformity that hosts the lucrative conglomerate gold mineralisation.

Whilst the company holds three main project positions in the Pilbara region, at Karratha, Marble and Nullagine, it is somewhat poetic that Novo has returned to its origins at Beatons Creek to commence production.

Novo stunned the market in the middle of last year, acquiring Millennium Minerals’ Nullagine assets in a A$130-million transaction that saw the budding producer cut years from its pathway to production through the acquisition of the mothballed Golden Eagle gold plant and all of its supporting infrastructure.

Recent months have seen a flurry of activity at Nullagine with mining and production permits being lodged, contracts let and the commencement of refurbishing and the modifying of the 1.9 million tonne per annum Golden Eagle mill to process the rich ores from the nearby Beatons Creek open pit mining operation.

Novo Resources Chief Executive Officer, Rob Humphryson said:“Despite severe weather conditions, works have proceeded beyond expectation and we thank our plant refurbishment contracting partners for delivering us a plant that met the brief of being safe, reliable, and suitable for processing Beatons Creek material. With all regulatory approvals now to hand, we turn our focus to commissioning the processing plant and advancing Beatons Creek towards production.”

Mining contractor Iron Mine has also ramped up activities within the Beatons Creek open pit operation, completing much of the pre-stripping and securing a larger excavator to complement the large mining fleet now on site.

Haulage contractor, Rivet Mining already has dirt moving down the 10km haul road from the active mine site to the ore pad at the Golden Eagle plant.

Novo’s contractors across the Nullagine operation have also been putting the finishing touches to the administration and camp facilities, whilst work on the mill itself has also been completed. GR Engineering has overseen the refurbishment of the plant, installing a new gravity circuit to recover the signature nuggety gold from the Beatons Creek conglomerate ores in addition to overhauling the crushing circuit, leach tanks, pumps and feeder systems.

The icing on the cake for Novo has been the restoration of the gold room. With the company currently recommissioning the entire Golden Eagle plant, a true phoenix is rising.

All of this makes for a solid effort for a company that was little more than a junior explorer less than 5-years ago.