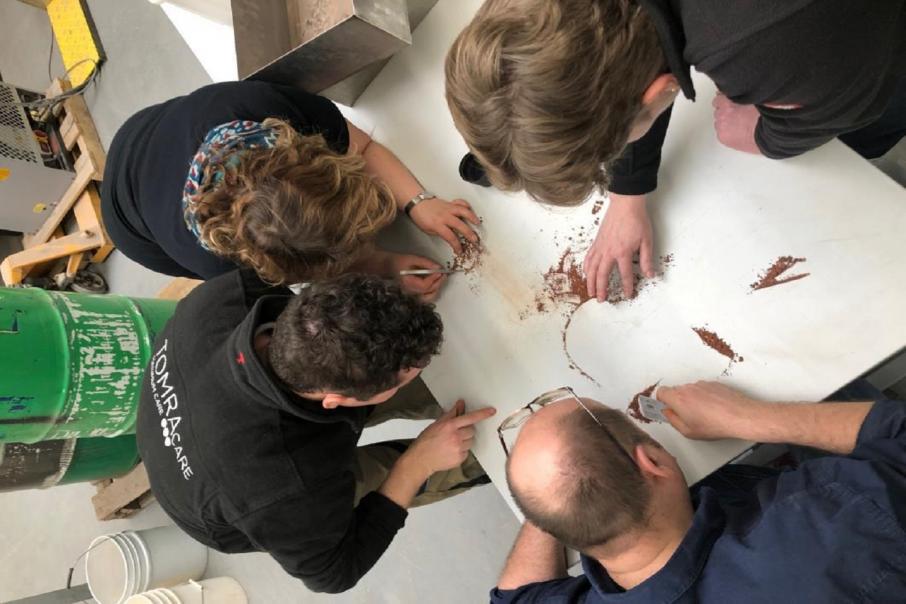 TSX-listed Novo Resources Corporation continues to demonstrate the developing potential of its Pilbara conglomerate gold hosted Egina and Beatons Creek deposits with ongoing high-tech mechanical test work squeezing out more and more fine gold from the ancient rocks. A small sub-sample of Egina concentrate was “seeded” to determine the effectiveness the German-based TOMRA mechanical ore sorting testing equipment and the company said that 120 out of 120 of the seeded nuggets were recovered.

A 35.5 gram sub sample in the 0 to 6mm category was “seeded” with a known amount of gold nuggets to determine the effectiveness of the TOMRA testing. The concentrate was put through the German-based TOMRA mechanical fine diamond recovery, or “FDR” prototype machine and the company said that 120 out of 120 of the seeded nuggets were recovered. This result speaks volumes to Novo’s ability to successfully sort the wheat from the chaff via ore sorting across its massive conglomerate gold horizon in the Pilbara.

This new German FDR prototype has also previously demonstrated it can deliver 100 per cent success in recovering introduced gold nuggets down to 0.7mm in size.

Gold nuggets were recovered by physically sifting through concentrated sample material and picking out the nuggets with the naked eye. Smaller gold grains will now be analysed by Minanalytical’s ChrysosTM Photon Assay technique back in Australia.

2.8 tonnes of Beatons Creek material was screened down into two size fractions: 6-18mm and 18-50mm with a head grade of the entire sample going 4.2 grams per tonne gold.

The 0-6mm sized fraction has now been sent to TOMRA’s lab in Germany, in a similar fashion to the Egina ore.

Novo said the primary goal of this laboratory testing on bulk samples was to determine which mechanical sorter provider would become the preferred equipment provider under a hiring arrangement, to enrich and possibly process the ore from each deposit on site, with test work still ongoing.

Whilst at first glance Novo’s test work looks to be somewhat technical, it can all be simplified down into the development of a method for mining nuggety or conglomerate gold horizons that don’t behave like gold “lodes” in a typical gold deposit.

Novo’s test work is showing that it can easily and cheaply separate the gold from the waste, or large amounts of it across its conglomerate horizons, allowing it to process much higher grades of gold.

Ore sorting technology has come ahead in leaps and bounds in the last couple of years and will no doubt go on to make previously un-economic deposits economic and other economic deposits wildly more economic in time and Novo is really at the frontier of this work. 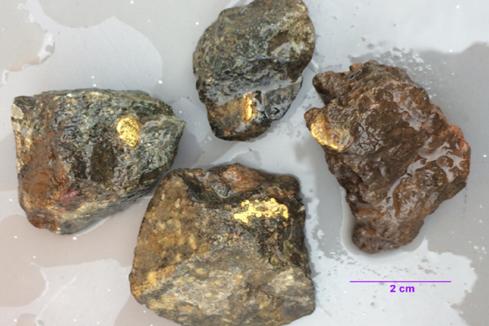