Novo locks in two Pilbara gold deals in a week

Celebrated conglomerate gold specialist Novo Resources will acquire two strategic gold projects 80km south of Port Hedland. The company will fund exploration for two years to farm into Pioneer Resources’ Kangan gold project to earn a 70% interest for a consideration of $600,000 in cash and scrip. Novo will also acquire 4 key tenements from a private company in the area for cash and shares totalling A$8m. 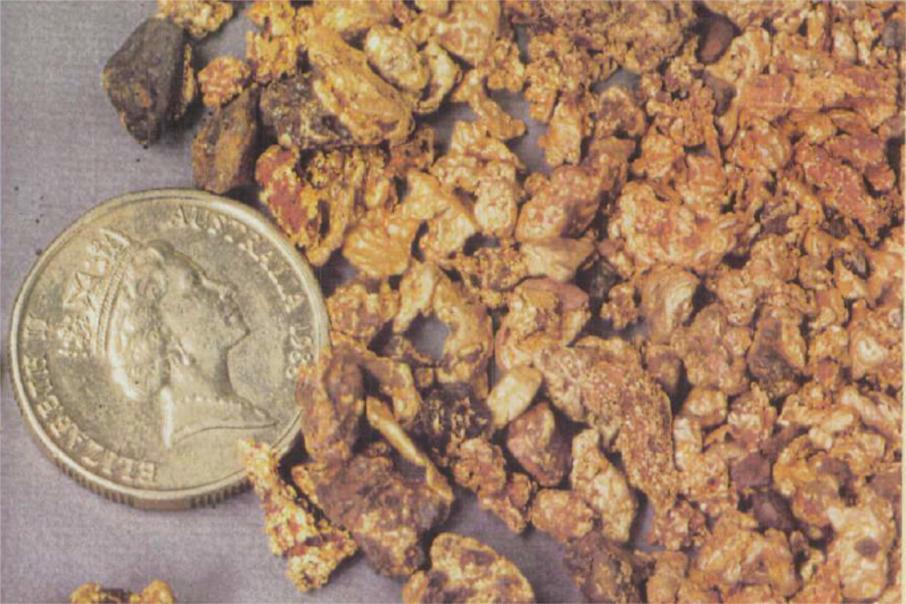 Celebrated TSX-V listed conglomerate gold specialist Novo Resources has spread its wings even further in its quest for conglomerate-hosted gold mineralisation in the Pilbara of W.A.

The A$680m Canadian gold exploration thought leader announced this week it had stitched up a farm-in agreement with ASX listed Pioneer Resources over that company’s 100%-owned Kangan gold project.

Under the agreement, Novo will earn a 70% interest in the precious metal rights on four adjoined exploration licences in the so-called Egina region, located 80km south of Port Hedland in W.A.

The deal which puts $600,000 in cash and scrip into Pioneer’s coffers, requires Novo to sole fund $500,000 of exploration at the Kangan project within 2 years to acquire its equity interest.

At that point, Novo may elect to form a JV with Pioneer and would then fully fund all JV expenditure up to a decision to mine being made on the project.

Late last year, Pioneer outlined some very encouraging results from Kangan, with widespread gold anomalisms discovered within the southwest and northern part of the project tenements.

Pioneer identified a basalt rock sequence as being prospective for shear-hosted orogenic gold, however it is the conglomerate gold potential of the region that has Novo all hot and sweaty.

Limited outcrop of conglomerate rock has been mapped in the area and the tenements envelop the Womerina alluvial gold workings, which have produced a bag load of gold nuggets from surface mine workings.

Pioneer Managing Director, David Crook, said: “Attracting Novo to the project endorses the quality of the Kangan gold project. Novo has been active in the Pilbara region of WA since 2011 when it invested in the Beatons Creek Gold Project as well as tenements held by well-known mining explorationist Mark Creasy.”

“Novo has steadily increased its position within the Pilbara as the conglomerate gold genesis model gained veracity and … recently … entered into this specific agreement with Pioneer targeting the Kangan project as a good fit with the prevailing exploration model.”

The conglomerate gold theorists believe that areas of southern Africa, the Indian sub-continent and the Pilbara region of W.A were historically all part of the same land mass as all exhibit similar geological characteristics and are the same age.

Those three regions of the world have collectively contributed about 39% of the 6 billion ounces estimated by the World Gold Council to have been produced around the globe to-date, with South Africa doing most of the heavy lifting so far.

The revered Witwatersrand Basin in South Africa is responsible for about 75% of that contribution and the theory goes that the Pilbara Craton, once potentially attached at the hip to Witwatersrand, must be harbouring considerably more gold given its similar geological characteristics.

The conglomerate model contends that huge quantities of gold were scavenged from seawater by ancient life forms that led to their later redistribution as nuggets and gold accumulations in old rocks, like the sought-after conglomerate sediment sequences.

Novo believes that the Pilbara region is highly under-represented as far as this style of gold mineralisation is concerned and has steadily built up a formidable 12,000 square kilometre exploration package of 100%-owned projects and multiple JV agreements over the last 7 years.

This week, Novo also entered into a second major transaction in the Pilbara, where it will acquire 100% of the issued and outstanding shares of Farno-McMahon Pty Ltd, an unlisted private exploration company that holds four key tenements, including two granted mining leases, in the same Egina region of W.A.

The significant deal requires an initial A$150,000 payment in cash to Farno from Novo, upon execution of the initial agreement.

Subject to a number of outstanding conditions, including TSX-V approval, the company will then pay a further A$2.35m in cash and issue A$5.5m worth of common Novo shares at a deemed price of CAD$4.107 per share, to the shareholders of Farno.

Novo Resources President and the person largely responsible for developing the Pilbara conglomerate gold theory, Quinton Hennigh said: “Egina has long been known as an important Pilbara gold district. Gold nuggets have been found in modern surface gravels over a vast area around Egina since the late 1800's. Upon researching the distribution and nature of gold nuggets earlier this year, Novo has concluded these are largely derived from weathering and erosion of basal Fortescue conglomerates similar to those at Comet Well and Purdy's Reward.”

“This makes Egina particularly intriguing. In our view, not only is there potential for the discovery of gold-bearing conglomerates, there is also very good potential for significant surface gold deposits occurring in modern lag gravels. Acquisition of the core tenements at Egina consolidates Novo's position in this potentially very important gold district.”

It has been an incredible rollercoaster ride for Novo over the last year or so as the company has developed its very large tenement package for conglomerate-hosted, paleoplacer gold deposits across the ancient Pilbara region of W.A.

The company’s share price exploded in 2017, when it became clear that significant quantities of gold nuggets, which have the appearance of watermelon seeds, were likely present in the company’s Karratha gold project, about 200km west of the Egina region.

Novo was so confident in its exploration model for the Pilbara, that it took the unusual step of live-streaming on-site exploration for gold nuggets at its Purdy’s Reward prospect to the Denver Gold Forum in September 2017.

Video footage shows gold nuggets being plucked from excavated conglomerate rock terraces virtually at will and beamed straight into the mining conference based in Colorado in the US.

With land holdings through direct ownership and JV arrangements now encompassing a huge swathe of the Pilbara, Novo now has its feet on some of most prospective looking and under-explored tenements for conglomerate gold mineralisation on the planet.

The new agreements for the Egina region are another tapestry on which Novo can expand its golden canvas in the Pilbara.

If the Pilbara conglomerate gold model is real, then it will be very real and Novo have gone all in on the back of this fascinating theory that is rapidly gaining traction amongst the rock hounds.