Novo intensifies gold hunt in the Pilbara and Victoria

Toronto-listed Novo Resources will step up its gold exploration activities in WA’s Pilbara region and Victoria over the balance of 2021 after recently completing a C$26.4 million equity raising and pouring first gold from its flagship Pilbara project earlier this year. The company has laid out a $12m exploration budget to expand work at Malmsbury in Victoria and on its huge 14,000sq.km Pilbara landholding. 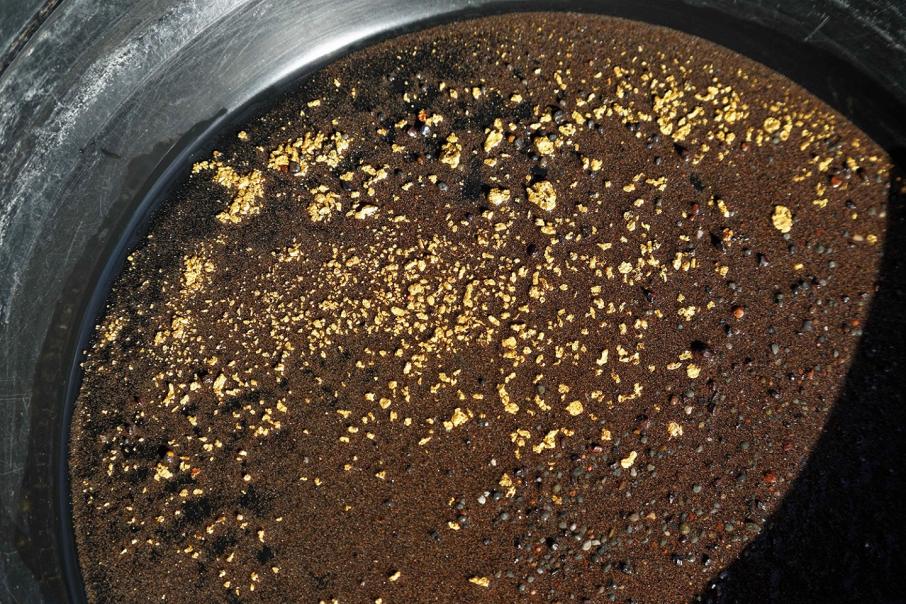 Toronto-listed Novo Resources will step up its gold exploration activities in WA’s Pilbara region and Victoria over the balance of 2021 after recently completing a C$26.4 million equity raising and pouring first gold from its flagship Pilbara project earlier this year. The company has laid out a $12m exploration budget to expand work at Malmsbury in Victoria and on its huge 14,000sq.km Pilbara landholding.

Novo says it plans to aggressively target and advance near-mine exploration opportunities at its Nullagine gold project, including around the active Beatons Creek mine, in addition to following up greenfields conglomerate-hosted and basement targets in WA and Victoria.

The company said drilling of promising targets at Malmsbury was slated for the second half of this year.

Novo has 903,000 ounces of gold in a current resource at Beatons Creek, where it is mining and processing ore through its recently refurbished Golden Eagle mill.

The company says it is considering establishing Nullagine as a central hub for bulk sampling and mechanical testwork using its Steinert mechanical ore sorter.

Preliminary drill testing at the Beatons Creek Extended prospect has been completed. Novo reports that rock chip sampling of conglomerate material at the prospect that is said to be similar to the Beatons Creek resource has returned grades such as 3.5 grams per tonne gold and 2.7 g/t gold. Follow-up drilling is now on the cards.

At the Skyfall conglomerate target, directly overlying the Beatons Creek resource, 30 out of 46 rock samples recently collected have returned gold grades going higher than 0.5 g/t gold and peaking at 8.8 g/t gold. Reverse circulation drilling to generate indicative grades at the prospect has commenced, with a planned follow-up campaign to test strike extensions also on the agenda.

In recent months the company has been busy evaluating Mosquito Creek Belt as a potential source of gold-rich oxide feed for the Golden Eagle mill. Preliminary exploration works have identified numerous orogenic gold targets along the belt and a reverse circulation drilling campaign is planned for this month.

Over the past two field seasons, Novo has also been actively assessing the potential for new discoveries across its broader Pilbara tenure. The company says it has defined new regional conglomerate and basement hosted gold targets it expects to drill-test.

Exploration works across the four prospects is set to continue throughout 2021, with reverse circulation drilling planned for Virgin Creek to better define mineralised trends along a 35km strike identified via mapping.

At Langwell Creek, sampling and mapping has identified a 19km trend of gold anomalous conglomerate. Further mapping and 3D modelling is expected to advance the prospect toward drilling in late 2021.

Novo also plans to smash out some metres this year at the basement-hosted gold targets it has defined in the Pilbara.

At the Talga Talga prospect, drilling and bulk sampling is planned to follow-up on rock sampling that yielded high grades along a 3km corridor. Grades as high as 81.4 g/t gold were returned, with 68 out of 149 samples going at greater than 0.5 g/t gold.

Sampling at Catia in the Bellary Dome area also returned a bonanza grade sample of 556 g/t gold. The prospect is set to feel the drill bit in 2021.

A series of orogenic vein targets at the Egina tenure will also be drill-tested this year.

Meanwhile at Malmsbury in Victoria, where Novo has a joint venture with ASX-listed GBM Resources, rock chip sampling has returned some eye-catching results including 180 g/t gold at the Missing Link fault zone and 30.6 g/t gold from the Hanover Trend.