Novo has nearly 90% gold recoveries in the Pilbara

Pilbara conglomerate gold theorist, Novo Resources, has generated encouraging gold recoveries of up to nearly 90% from ore sorting trials at its Comet Well project located near Karratha in WA. The trials produced ore grades up to 792.4g/t in sorted gold concentrates and additional work will now be undertaken at smaller crush sizes and on oxidised ore samples to optimise gold recoveries even further. 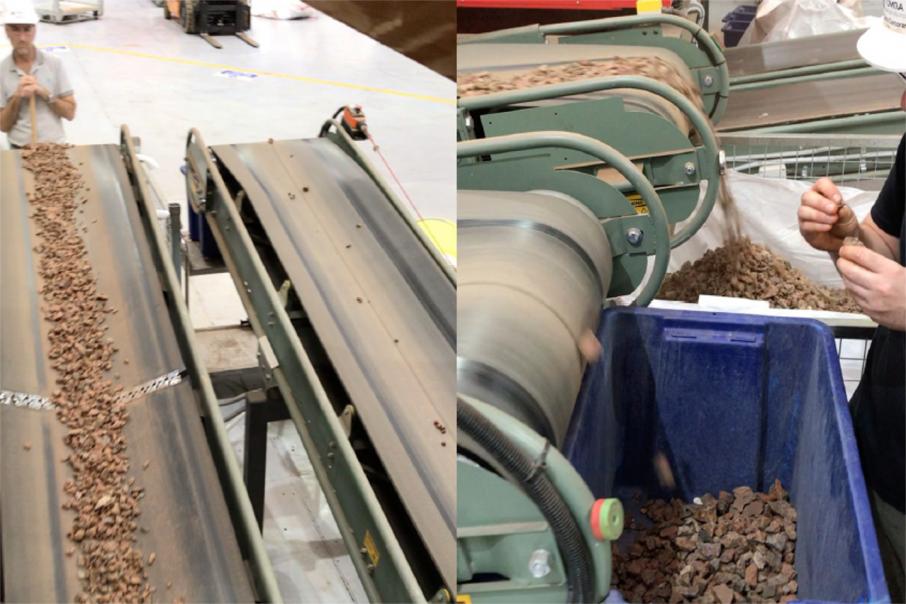 Conglomerate gold developer Novo Resources has generated encouraging gold recoveries of up to 89.4% from mechanical ore sorting trials completed on four bulk samples from its Comet Well project, located near Karratha in the western Pilbara region of WA.

The company has now received all assay data back from the sized rock materials of the trials, including the sorted waste, the undersize fraction below 6mm size and the oversize fraction above 63mm size.

Although the results of the trials were mixed overall, producing total recoveries from about 40% to 90%, some very interesting observations were made.

For instance, the best recovery was returned from the lowest grade sample and that for the lower recoveries between about 40% and 60%, the gold seems to have preferentially reported to the fine undersize fraction, rather than remaining encapsulated in the rock mass.

An examination of those latter samples showed they were strongly oxidised and crumbly in texture, which persists to about 1-2 metres of depth at the Karratha project.

Below this depth, the target conglomerate gold sequences are consolidated and harder, with those samples returning the superior gold recoveries above 80% and would constitute the bulk of the materials processed by ore sorting in the field.

“Typically, mechanical sorting machines are utilized to upgrade mineralisation by sorting out waste. In this case, gold is being directly and effectively concentrated. Novo expects that optimisations can be made to further enhance this means of gold recovery."

The initial bulk samples weighed between about 4 tonnes to 5.5 tonnes and each and were crushed, screened and then tested using a “TOMRA” mechanical rock sorter specifically on the fractions between 6mm and 63mm in size.

Overall the results were striking, with the trials producing remarkably small masses of ore concentrate between 3.2kg and 19.1kg, which assayed very high gold grades between 92.1g/t gold, up to an exceptional 792.4g/t gold.

The ore sorting trials were undertaken to assess the potential viability of this processing method as a means of concentrating coarse conglomerate gold from its Karratha project holdings and potentially beyond.

The high grade gold assays from the sorted concentrates provided the first indication that this technique is suitable for upgrading the widespread conglomerate-hosted gold deposits into much smaller volume ore parcels.

Novo will now complete further trials to optimise the crushing stage and reduce the amount of fine and oversize materials, thereby maximising the amount of material available for the ore sorting process and in effect, recovering more of the gold.

The innovative company will now be confident that is on the right track based on the preliminary beneficiation and ore sorting trial results of its Comet Well conglomerate gold ore test work.