Vancouver-based Novo Resources has defied the weather gods to keep the refurbishment of its Golden Eagle gold processing facility on schedule and budget as the company closes in on first gold production from its developing Beatons Creek mine in WA’s East Pilbara. The TSX-V-listed budding Pilbara gold producer is also set to graduate to a listing on the main Toronto Stock Exchange next year. 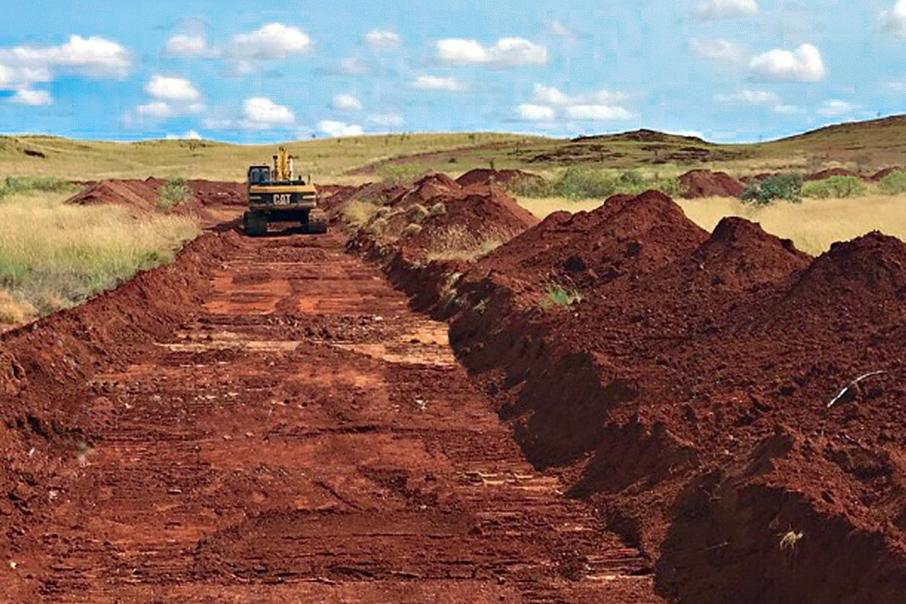 Novo Resources has defied the weather gods to keep the refurbishment of its Golden Eagle gold processing facility on schedule and budget as the company closes in on first gold production from its developing Beatons Creek mine in WA’s East Pilbara.

The recently acquired Golden Eagle plant is located about 10 kilometres south-east of Beatons Creek, which in turn sits adjacent to the town of Nullagine. Vancouver-based Novo intends hauling ore from the new gold mine to the mill for treatment. An easy trucking distance – that is, when the area is not inundated by mother nature.

Coming from Canada, the TSX-V-listed budding Pilbara gold producer, which is set to graduate to a listing on the main Toronto Stock Exchange next year, would likely be used to its fair share of extreme weather.

Nevertheless, Novo, its contractors on the ground at Nullagine and most companies, workers and residents in WA’s north-west would still have braced themselves when a tropical low system crossed the coast and vented its fury over the region.

They all copped a barrage of damaging winds and what Novo described as a “one-in-500-year rain event”, which even saw the region’s massive iron ore ports forced to close. The company says the downpour flooded Nullagine and caused some damage to the haulage route.

Much to its relief, Novo avoided devastation of its Golden Eagle/Beatons Creek project and reported site access and regional communications had been restored relatively quickly without affecting its timetable for the mine development and mill refurbishing activities.

A silver lining as a result of the deluge, the company pointed out, was the old Golden Eagle open pit adjacent to the processing plant now had in excess of six months water supply in it to complement the site’s bore-field supply.

Novo Resources Chief Executive Officer Rob Humphryson said: “Despite the challenges created by some recent heavy rainfall, the project is tracking safely, within budget and to schedule. All contractors at the site continue to perform outstanding work and we thank them for their co-operative efforts.”

According to Novo, GR Engineering has completed roughly 60 per cent of its $8.3 million refurbishment, upgrade and maintenance contract to prepare the 1.5 million-tonnes-per-annum Golden Eagle plant to process Beatons Creek conglomerate ore. Novo has indicated previously that it was looking at plant commissioning around February next year with a view to gold production start-up soon after.

The mill was only mothballed in December last year and was purchased as part of Novo’s approximate $130 million cash-and-scrip acquisition of Millennium Minerals this year. Novo has also agreed to pay a 2 per cent gross royalty on gold production capped at $20 million.

Beatons Creek’s indicated and inferred open-pittable and underground mineral resource currently stands at 10.94 million tonnes at an average grade of 2.65 grams per tonne for 903,000 ounces of contained gold.

Novo is one of a growing posse of gold players making hay while the sun shines and the heavens open in the Pilbara. Gold explorers, developers and would-be producers including De Grey Mining, Calidus Resources, Capricorn Metals, Caeneus Minerals, Aruma Resources, Kairos Minerals, CZR Resources and others have inundated the fertile minerals province.