Novo Resources is vectoring towards a prospective region located southeast of historical workings and trenches at its Egina gold project near Port Hedland, WA, after delineating a 600m wide region of gravel that contains plentiful gold nuggets. The company identified the patch during a ground-penetrating radar survey in May, which outlined a valley floor containing the sought-after gold-bearing gravel horizons. 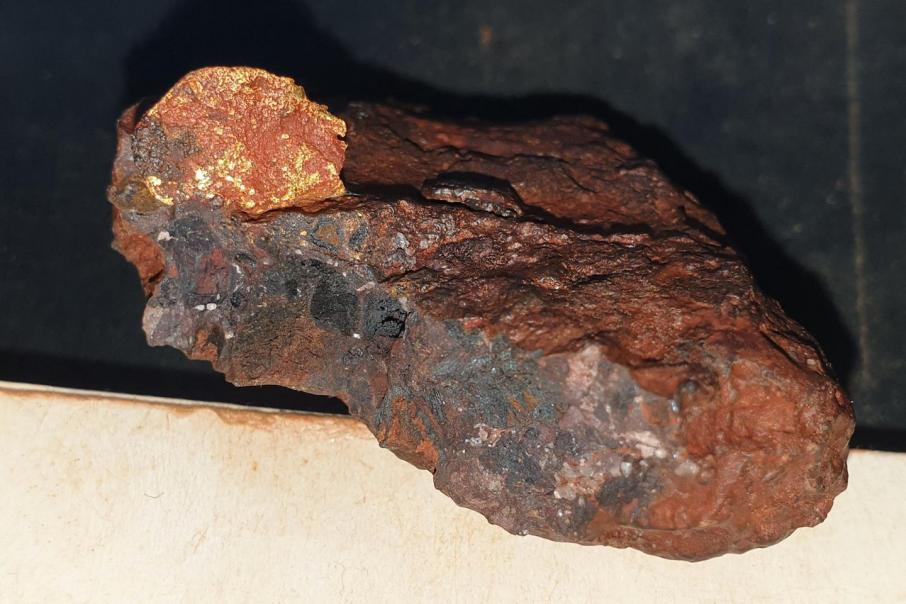 TSX-listed conglomerate gold explorer, Novo Resources, is knee-deep in its exploration activities at the exciting Egina gold project, near Port Hedland in the Pilbara region of WA.

In May, the company completed a ground-penetrating radar survey across the north-eastern region of Egina, which identified an undisturbed shallow valley floor, southeast of the historically excavated workings.

Novo interpreted from the surveys that gold-bearing gravel terrace horizons might be located within that particular area.

Follow-up work to date has validated this thinking, showing that gold nuggets are both detectable and plentiful across a 600-metre wide patch of this broad valley, or “swale”, within the target zone.

The company said that the presence of the nuggets is a good indicator for the general occurrence of gold within the swale and more work will likely be needed after analytical results and evaluation of the first cut - or lift - from these excavated trenches is complete.

Novo is presently undertaking significant bulk sampling programs in the vicinity of existing trenches at Egina and completing new trench works along the prospective eastern margin of the previously disturbed area.

Additional exploratory work is expected to kick off later this month, pending the completion of the required Aboriginal heritage clearances at the project.

And the results are proving interesting and informative to Novo, as the company progresses its work programs at Egina, seeking economic deposits of gold-bearing gravels and in-situ nuggets over the mining lease.

Bulk sampling sites near the historical trenches, northwest of the swale, have also turned up some intriguing new observations and results.

According to management, several types of gravel have been identified within the near-surface profile to about 2 metres depth.

Based on the work, the company believes that there is greater prospectivity further to the east of the present study area, as weathering effects appear to have removed or displaced the older sought-after gravel horizons within the hilly terrain of the current area.

Novo will soon gain access to that area further east, where local weathering effects related to the topography appear to be less prevalent.

Nevertheless, the presence of gold nuggets across the entire width of the first exploratory trenches has the company convinced that gold-bearing gravels may be more continuous and hence voluminous, to the east of the historical workings at Egina.

Novo personnel have also detected gold nuggets embedded in a rock matrix in some coarse, sedimentary features located within the gravel beds.

These clasts appear as pieces of heavily weathered and ancient conglomerate materials that have retained in-situ gold nuggets.

The company added that fine halo gold has also been observed around these nuggets, much like that seen from other gold-bearing conglomerates near the company’s Karratha project, 130km to the west.

And its these types of technical observations and interpretations that drives Novo’s ongoing quest for payable conglomerate-hosted gold deposits in the greater Pilbara district.

In May, the company entered into a USD$30m farm-in and JV agreement with diversified Japanese trading company Sumitomo Corporation to accelerate the development of the Egina gold project, clearly outlining that that company is also invested in the emerging Pilbara conglomerate gold hunt.

Novo President and Chairman Dr Quinton Hennigh said: “We are quickly learning a lot at Egina. It appears (that) the broad swale identified by ground-penetrating radar is a primary target for us in the short term.”

“We are currently opening exploratory trenches and see detectable gold across the entire 600m length of the first (cut). Bearing in mind that the terrace target is immense, this initial work is important because it is a test to see how well our exploration strategy can be applied across the greater region.”

“Novo controls nearly 2,000 square kilometres of this terrace. As for further heritage clearances, we eagerly await assistance from the Kariyarra community to complete (the) necessary surveys that allow us to work on other areas on the Egina mining lease.”