TSX-listed Novo Resources has exercised its option to acquire 50 per cent of the Malmsbury gold project in central Victoria, where the company has drawn comparisons with no less a geological analogue than Kirkland Lake’s 6.1 million-ounce Fosterville deposit 55 kilometres to the north. The deal with GBM Resources builds Novo’s Australian portfolio outside of its operations in WA’s Pilbara region. 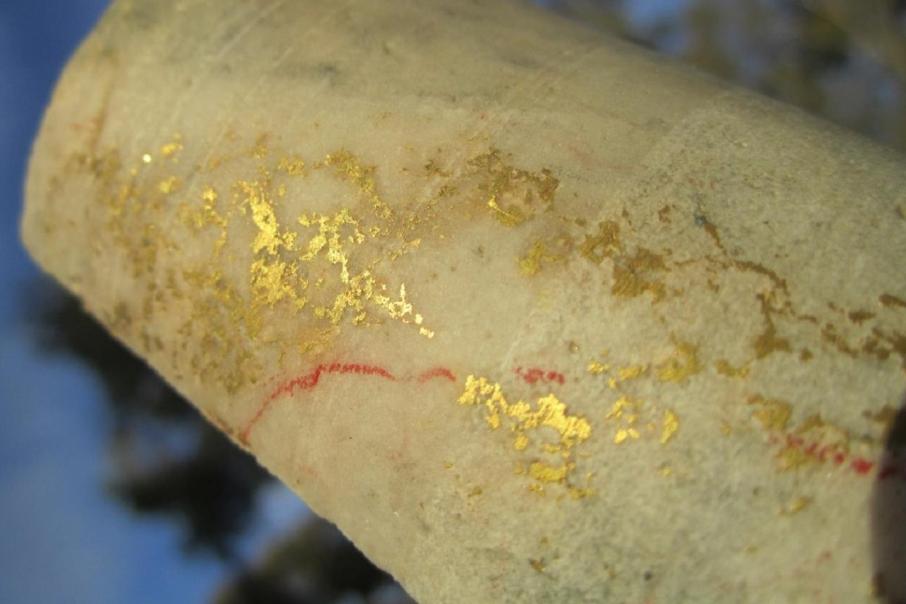 Gold in drill core from Kirkland Lake’s Fosterville mine, located to the north of the Malmsbury goldfield in Victoria. Credit: File

TSX-listed Novo Resources has exercised its option to acquire 50 per cent of the Malmsbury gold project in central Victoria, where the company has drawn comparisons with no less a geological analogue than Kirkland Lake’s 6.1 million-ounce Fosterville deposit 55 kilometres to the north. The deal with GBM Resources builds Novo’s Australian portfolio outside of its operations in WA’s Pilbara region.

Novo has received a green light from Australia’s Foreign Investment Review Board to proceed with the transaction and has issued GBM Resources 1,575,387 Novo shares and reimbursed GBM $250,000 in costs, which relate to previous expenditure on the project.

Novo can earn a further 10 per cent of Malmsbury by forming a joint venture with GBM and committing to spend A$5 million on exploration over four years.

Once Novo has earned 60 per cent of Malmsbury, GBM can either elect to contribute 40 per cent of ongoing costs or dilute its holding over time. The latter will retain a 2.5 per cent net smelter royalty on any future production.

Novo says it has gained access to more than 8km strike on the historic field, which when combined with an earlier transaction with Kalamazoo Resources, extends its holding to more than 30 square kilometres across the prospective area.

Novo Resources Chairman, Quinton Hennigh said: “We see Malmsbury as a Fosterville analogue given its similar position along the eastern margin of the prolific Bendigo Zone, epizonal orogenic setting and historic high-grade gold production. Our geologic team will pursue aggressive field work over the next few months with the goal of developing drill targets for testing later this year."

The Malmsbury gold project is 100km north-west of Melbourne and occupies a commanding position in the world-class Bendigo Tectonic Zone. The goldfield hosts a wealth of old high-grade underground gold workings, which date back to the 1850s and are reported to have produced at an average grade of close to an ounce per tonne. The historical field is reported to have officially produced more than 91,000 ounces of gold from artisanal mining.

Significant mine workings across the goldfield include the Queen’s Birthday, Egyptian, O’Connors, and Belltopper Tunnel mines, all of which have reported production at grades topping 12 g/t gold.

The Novo-GBM Malmsbury tenure also hosts the established, near-surface Leven Star Reef deposit, which boats a 820,000 tonnes resource grading at 3.95 g/t gold. An evaluation of the deposit indicates that it remains open along strike and at depth.

Leven Star is likely to prove a focus for Novo as it weighs up various development options in the region and presents a walk-up drill target for ongoing exploration.

Charging into development of its conglomerate gold assets in WA’s exciting emerging Pilbara gold province, Novo now has a stake in a highly prospective piece of a district undergoing a modern golden renaissance.