Novo Resources has upped the ante at its Beatons Creek gold mine near Nullagine in WA’s Pilbara region, with the Nullagine operation pushing out more than 5,000 ounces of gold in May. Interestingly, over 60 per cent of the gold recovered in the plant comes via the nuggets and coarse gold captured in the gravity circuit from the company’s conglomerate ores. 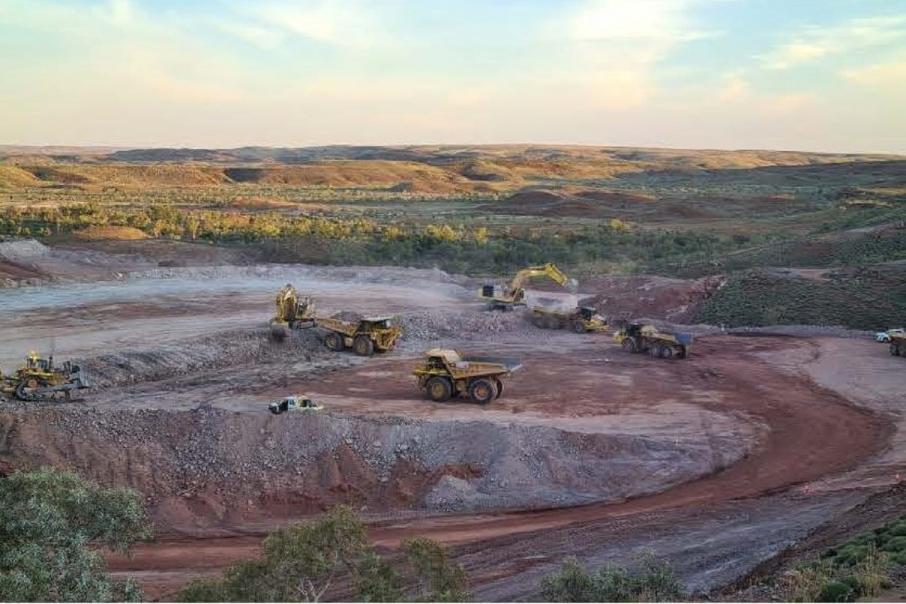 Novo Resources has upped the ante at its Beatons Creek gold mine near Nullagine in WA’s Pilbara region, with the company’s Nullagine mill pushing out more than 5,000 ounces of gold in May with the recently recommissioned plant now nearing nameplate capacity. Interestingly, the conglomerate gold ores feeding the plant appearing to be living up to expectations with over 60 per cent of the recovered gold coming via the nuggets and coarse gold captured in the gravity circuit.

The company has now achieved record monthly gold production from its Golden Eagle mill south of Nullagine with the plant running at close to 85 per cent its nameplate 1.8 million tonne per annum throughout.

In addition, the mill is returning gold recoveries above 94.5 per cent, with the impressive results attributed to the gravity circuit at the front end of the mill and the metallurgy of the conglomerate and oxide ores from Beatons Creek that allow fine gold capture in the carbon-in-leach circuit.

Mining is also proceeding well, with much of the pre-strip completed across the ridge lines within the Beatons Creek deposit and the operation now developing wider benches that facilitate larger-scale mechanical mining.

Novo Resources Chief Executive Officer, Rob Humphryson said:“Novo has attracted a group of team-oriented, practical, and resilient people that have put their collective shoulders to the wheel, negotiated challenging operational conditions, and extreme heat and rain events to continually drive the project forward. The team continues to identify and resolve operational challenges as they arise, whilst importantly building the foundations for solid relationships with local stakeholders.”

Novo is currently pioneering development of conglomerate-hosted gold mineralisation in WA’s Pilbara region and is Australia’s first modern producer of conglomerate gold. The company’s Beatons Creek mine is west of the established Nullagine gold mining centre, about 250km south-east of Port Hedland.

Ore mined from the Beatons Creek deposits is trucked 14km south to the company’s Golden Eagle mill that was recently refurbished by Novo following its purchase of the mothballed operation from Millennium Minerals in 2020.

The gold-rich feed is delivered to the ore pad before being crushed and ground to less than 150 microns prior to be subjected to gravity separation and later cyanide leaching, with the company continuing to record outstanding recoveries of the yellow metal through its newly optimised milling circuit.

Novo has now more than likely silenced its critics as it showcases the economics of the Pilbara’s conglomerate gold deposits. With gold sales flowing and the company’s coffers carrying more than $48 million of cash, the company looks to be laying the foundations for a long-lived operation in the region.