Nothing small about Perth’s bar scene 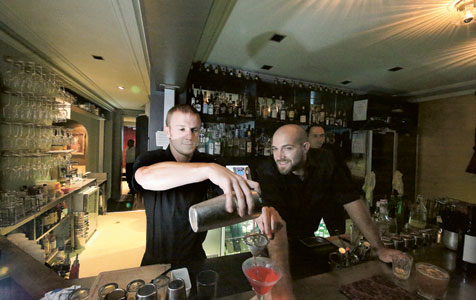 The public’s enthusiasm for the intimate and sophisticated experience offered by the city’s small bars shows no sign of slowing, nearly six years after liquor licence reform was legislated in Western Australia.

Recent figures show the initial growth in the number of small bars has continued, dispelling all claims the idea was little more than a fad.

And the message is spreading throughout the state. At last count there were 73 active small bar licences across WA – up from 66 just a couple of months ago – with small bars also opening in Kununurra, Karratha and Bunbury.

One of the early licences granted was for Ryan Gregory’s Andaluz establishment in the Perth CBD.

Amphoras Bar in West Perth, 1907 on Queen Street and Helvetica on St Georges Terrace were also among the trailblazers in establishing the central city’s small bar scene.

From Mr Gregory’s point of view, the initial flurry of small bars was driven by the city needing and wanting a more sophisticated drinking alternative to the large, often suburban, pubs.

Five years later, Mr Gregory says the impact it’s had on the central city is clear.

“[Five years ago] you could have run up and down the terrace naked shooting guns and no-one would have been there to notice … now I think anyone who says that Perth is boring and doesn’t have anything to offer isn’t getting out,” Mr Gregory told Gusto.

It’s fair to say laneways in and around the CBD was the initial focus of small bar owners, and remains the dominant location with 11 licences active.

That number is set to grow in the coming months with a further three licences conditionally granted, including Halcyon Bar in Wolf Lane, which will focus on exotic and sophisticated cocktails, and a wine bar called Varnish on King.

However, more bars are emerging in suburbs outside of Perth’s central hub.

Clarences in Mount Lawley was also an early mover, and neighbour Must, while operating under a tavern licence, is also viewed as one of the first of the new-style venues.

One of those is the proposal for a small bar in the former North Fremantle Town Hall, to be known as the Guildhall bar.

Taking advantage of the history of buildings is a key theme across the growing small bar market; would-be owners are tasked with coming up with an original idea for a bar if they’re to succeed in their application, and thus the history of a building provides a welcome theme.

That has prompted venues such as 1907 in Queen Street to emphasise the building’s history as a rag factory in establishing the intimate cocktail bar in the basement.

However, ideas completely unrelated to a venue’s past have also emerged, with The Classroom in North Perth, tropical-themed Hula Bula bar on Victoria Avenue, or popular Northbridge locations Ezra Pound and The Mechanics Institute cases in point.

Northbridge and Subiaco are relatively on a par when it comes to the existence of small bars (see list) but the culture for intimate venues is spreading further afield.

The small bar culture is even taking hold in regional locations with Mandurah, Karratha, Kununurra, Margaret River, Busselton and Bunbury also making it on to the list of destinations with intimate venues.

Mr Gregory told Business News small bars were an easier alternative to opening a larger venue, which was perhaps reason why the idea had taken off, but that also meant people without the necessary experience decided to “have a crack”.

While he wouldn’t provide examples of his theory, he suggested “those are the ones that have closed”. 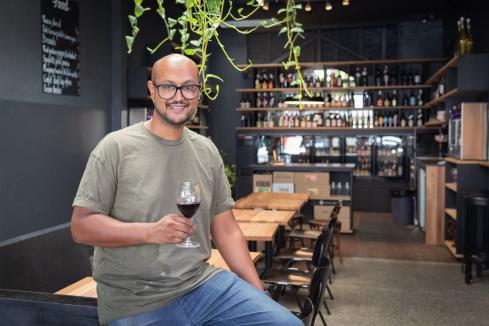