Nothing off the table as Jesters bakes fresh plan

A new strategy, rebrand and expansion into different selling channels are all part of Robert West’s plan to revamp Jesters Pies. 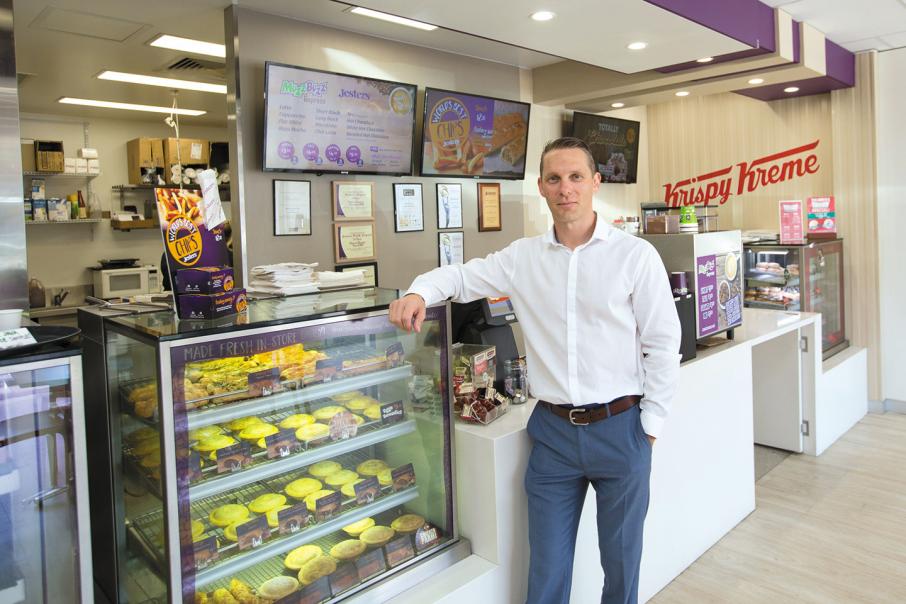 A new strategy, rebrand and expansion into different selling channels are all part of Robert West’s plan to revamp Jesters Pies.

Jesters Pies presented Robert West with a challenging brief when he joined the business at the end of 2015.

As the new chief executive of the Western Australia-based franchise, Mr West was tasked with reinvigorating a business that had several years earlier succumb to the contracting retail sales climate and folded its operations in the eastern states.

Backed by experience in the food industry that included past leadership roles at Mrs Mac’s Pies and McDonald’s, Mr West said his first step as chief executive was to redefine Jesters’ direction and strategy.

“The business had experienced a few years of hardship before it had started to turn a corner and make positive ground, but there was still financial pressure due to the contraction of the economy and a whole range of other challenges," Mr West told Business News.

“My immediate plan was to fix that.

“We needed to clarify our direction. I worked with the internal team, franchisees and commissioned consumer research to get my head around what the WA consumer thought about Jesters; combining those things, we formulated a five-year strategy.

“I wanted to drive profitability back into the network, so looked at renegotiating supply contracts, driving out unnecessary costs, restructuring the organisation and identifying where the gaps were in capability.

“I think it’s fair to say we’ve turned things upside down and inside out."

The Jesters brand is 20 years old this year, having been founded as Jesters Jaffle Pie Company by Perth businesswoman Cindy Findlayson in 1997.

From a single Mount Claremont store, Jesters had rolled out 32 stores across the state by 2002 and was purchased by listed beef producer AA Co, run by Peter Holmes a Court, and expanded into Victoria, NSW and New Zealand.

A few years later, a consortium of three NSW businessmen became the company’s new owners and decided to merge Jesters with interstate-based Shakespeare Holdings, a business they had acquired 12 months earlier.

This resulted in Shakespeare Pie stores in Sydney and on the Central Coast rebranded as Jesters, with the franchise boasting a total of 66 outlets nationally.

“They got rid of the Shakespeare name, which had a lot of equity especially in NSW,” Mr West said.

“They morphed the brand offerings into one and brought in a combination of Jesters jaffle pies and retained some of the traditional-styled Shakespeare pies.

“In addition they also opted to expand into shopping centre locations, however with the contraction in the economy the sales couldn’t sustain the outgoings.

“There were changes made to the stores in the eastern states; change in product offers, new locations with a new look… it caused consumer confusion, which combined with the shopping centre dynamics, ultimately led to sales contraction and the decision to wind-up the operations.”

Mr West said Jesters wound down its interstate stores around six years ago, but decided to keep its strong-performing WA operations.

“What’s remained is our commitment to quality, and that has meant we’ve been able to weather the storm and come out the other side.

“We only use Margaret River Angus beef and locally sourced vegetables.”

Jesters Pies now has 34 stores across the state, and has retained its master franchise in New Zealand.

Across both locations Mr West said Jesters sold around 7 million pies a year as well as Krispy Kreme doughnuts – a partnership it had struck in 2013.

“We’ve also planned a store refresh and a rebrand with different fonts, imagery, colour palettes and timber treatments; we want to bring the identity and character back so it feels more contemporary, inviting and warm,” he said.

“That’s all good for a standard bricks and mortar store, but you can’t rely on that format entirely; we’ve got to diversify.”

Mr West said part of this plan included launching a Jesters kombi van to take the pies to consumers, and partnering with service stations.

This latter strategy debuted at Geraldton’s Puma and Gull outlets last month, with pies soon to appear at two BP stations in Sydney.

“We’re going back into the eastern states but using the insert-styled platform rather than a standalone store,” Mr West said.

“And our hope is that we partner with a considerable retailer in the not-too-distant future to incorporate our pie offering into their existing hot food solution.

“The domestic market is our main focus, but nothing is off the table.”