The WA Government’s plan to carry out $51m in major road upgrades in the Eastern Kimberley region will directly benefit Northern Minerals’ Browns Creek heavy rare earths mine, by providing virtually year-round access to the project tenements from Halls Creek. This will also provide greater certainty for the company to ramp future production from Browns Creek, knowing the product can be transported from site on a regular basis. 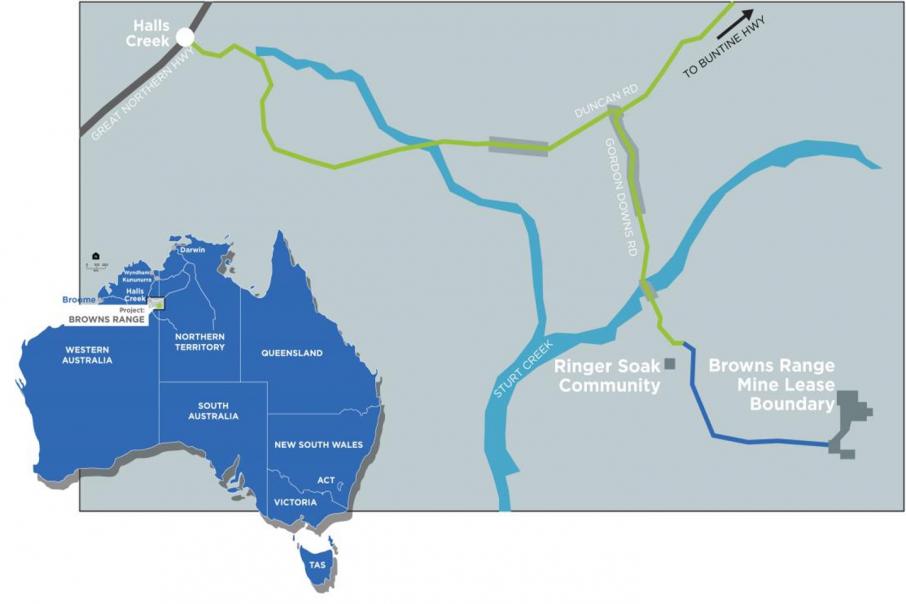 The road construction will provide far greater operational certainty for the company, where wet seasons in the tropical region can produce up to four months of discontinuous access during periods of ongoing rainfall.

The pledge from the WA Government will provide improved access on the Duncan Road and Gordon Downs Road, which bridge the area from the Great Northern Highway at Halls Creek, through the Aboriginal community of Ringer Soak and ultimately to the Browns Creek project tenements.

The beauty of the promise is that it allows Northern Minerals much more clarity in its plan to ramp up heavy rare earths production from Browns Creek in the future, with an assurance that the resulting product can be transported from the mine site on a regular basis.

The roads in the isolated region are of low quality and intersected by numerous floodways that can impede crucial access for the operation and nearby communities.

In that sense, the resolution will be a win-win for the company, affected stakeholders and ultimately the WA Government, with the Browns Range project more likely to attain its scheduled production of the sought after and valuable heavy rare earths product.

Northern Minerals Managing Director George Bauk said: “We are very pleased that the McGowan Government recognises the potential of the East Kimberley region and has taken the decision to not only invest in the road infrastructure servicing the remote communities near Browns Range but fund a broader plan to create local jobs and support the region’s economy through greater service delivery.”

“We would like to thank both the Premier Mark McGowan and the Minister for Regional Development Alannah MacTiernan for their active engagement in issues affecting the East Kimberley as well as the development and ongoing operation of the Browns Range Pilot Plant since being elected in 2017, recognising the strategic significance of the project producing the only supply of heavy rare earths carbonate outside of China.”

On-site, the company is completing its much-anticipated infill and extensional drilling program at the high-grade Dazzler and Iceman prospects.

The program of 1,750 metres of RC and diamond drilling will be used for mineral resource extension and definition and also provide drill core for metallurgical test work and geological structural information to support future drilling campaigns.

Drilling is targeting areas northwest and southeast of the existing Dazzler mineral resource and the region lying between Dazzler and the Iceman prospect to the southeast.

Management said that the first results from the current drilling programs across Dazzler and Iceman will become available during the current quarter.