Northern Minerals says that ore sorting tests of stockpiled ore at its Browns Range rare earths mine has the potential to double the mineral grade to about 2% total rare earth oxide. The test work used sensors to sort the rare earth mineralisation from waste rock based on its bulk density and magnetic properties and the company says it could set up ore sorting infrastructure for just $4m. 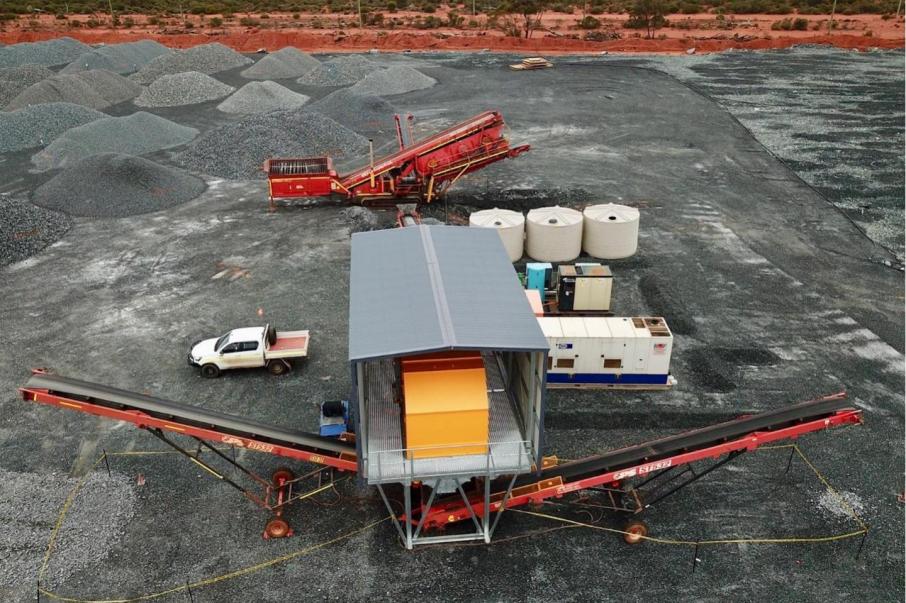 Northern Minerals has been swept up in a spate of ASX listed mineral developers who are using simple ore sorting to dramatically improve their mill feed grades at their mining operations.

Ore sorting is a process whereby the waste rock is separated from the mineralised rock based on its bulk density, magnetism or other physical properties before it is fed into the mill, resulting in a material jump in the mill feed grade.

Whilst ore sorting is not really new, there have been significant developments in ore sorting technologies in recent years which have resulted in more and more listed mining companies turning to the relatively simple and cheap process to dramatically impact its project economics courtesy of a much higher mill head grade.

The very encouraging results from the baseload Wolverine high grade stockpile at the mine, showed that 80% of the value of the ore, could be recovered from only 20% of the mass, which provides an upgrade factor of 4 times.

Alternatively, the company said that 90% of the ore’s value may be extracted from about 40% of the mass by ore sorting ahead of processing, which provides an upgrade factor of 2.25 times.

The ore is initially crushed to certain size fractions and then X-ray transmission sensors are used to differentiate the denser and valuable xenotime mineralisation from the waste materials.

Another type of ore sorting technology employs the use of magnetic separation to beneficiate the paramagnetic xenotime from the non-magnetic waste rock.

Northern Minerals reported that a combination of these separators could be utilised for sorting of its ore stockpiles between the crusher and the mill feed hopper at the existing mine operation.

The company has estimated a CAPEX cost of just A$4m for the supply and installation of an ore sorting circuit at Browns Range making it an almost irresistible purchase for the operating mine.

Northern Minerals M.D. and CEO George Bauk said: “We have successfully produced mixed rare earth carbonate from our Browns Range pilot plant and are working towards the technical and economic feasibility of the project. Today’s announcement, which demonstrates the potential to double the mill feed grade through ore sorting, has many positive benefits.”

“… the up-front capital cost of retrospectively installing ore sorting technology ahead of the existing Brown Range Pilot Plant circuit is justified in light of the head grade improvement demonstrated in the testwork to date, along with … economic benefits delivered by greater production output ...”

“We are … working on more testwork, approvals, planning and the funding required for ore sorting at Browns Range with a view to have ore sorting installation in Q2 2019.”

The company has engaged Perth-based Nexum Bonum to undertake a feasibility study for the design, supply and installation of an ore sorting circuit at the existing R&D pilot plant at the Browns Range mine.

The success of the ore sorting trials is an exciting development for Northern Minerals, as it now has the opportunity to churn out valuable rare earth carbonate product at potentially twice the current rate, for an upfront outlay of just $4m.