After a hiatus period that was partly caused by Government policy decisions and COVID-19, Northern Minerals is looking to start producing rare earths in WA again. The company has begun planning the logistics to restart its Browns Range pilot plant in WA’s Kimberley region which will be the only substantial heavy rare earths producer outside of China. 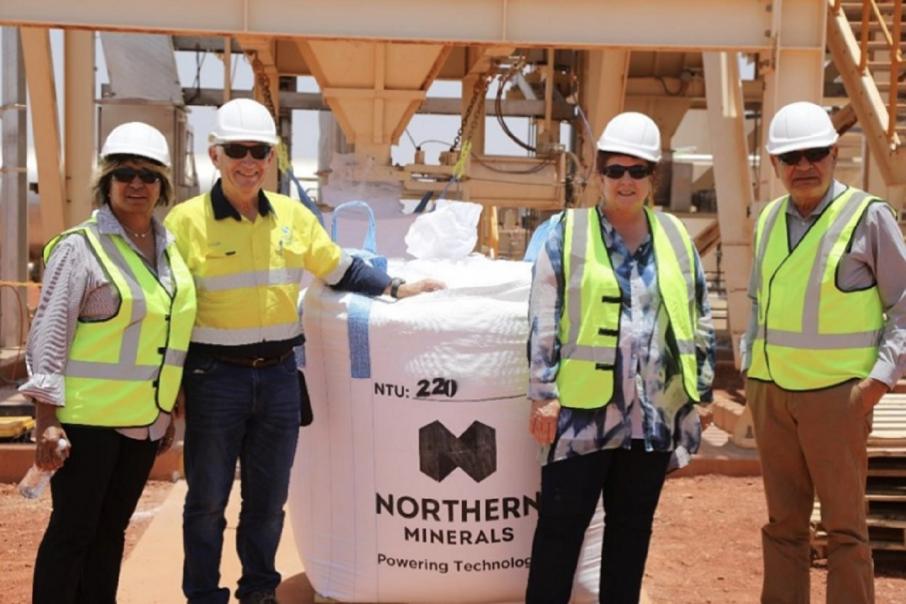 After a hiatus period that was caused in part by Government policy decisions and COVID-19, Northern Minerals is looking to start producing rare earths in WA again. The company has begun planning the logistics to restart its Browns Range rare earths pilot plant in WA’s Kimberley region which will be the only substantial “heavy” rare earths producer outside of China.

Management said the plant had been on care and maintenance since March this year due to Commonwealth-imposed biosecurity restrictions applied to the Kimberley region as part of COVID-19 control measures.

Northern has also been knocked around at the hands of the ATO and the Federal Government’s Foreign Investment Review Board, or “FIRB”, since the plant was first fired up a year or two ago - restricting its ability to really hit its straps in terms of production.

The ATO issue relates to Northern’s multi-million-dollar research and development claim which it had started to receive from the ATO before the ATO’s adviser, AusIndustry, suddenly recommended against it. The ATO then ceased the relevant payments to Northern and rejected Northern’s R&D claims that were critical and necessary to run the Browns Range pilot plant, placing the company in financial jeopardy.

After a long period of engagement with AusIndustry, where no money was flowing, the company managed to convince AusIndustry of the legitimacy of its claims and a recommendation has now been made to the ATO, who is the final arbiter.

Along the way Northern managed to secure a multi-million-dollar equity investment commitment from the Chinese that would have allowed it to really get the pilot plant firing, however, after months of leaving the company treading water, the FIRB finally rejected the investment.

The company has now managed to raise money locally – albeit on worse terms than the Chinese deal that FIRB rejected. It is also awaiting a final decision from the ATO to re-instate its research and development grants however, with the ATO’s advisors now recommending in favour of most of them, this is also looking good.

With the financial issues now largely beaten and COVID-19 slipping away quietly into the night, it is game on again for Northern who is looking to prove up its rare earths production via a $60m pilot plant in the Kimberley, ahead of a financial decision to build a full scale plant about ten times larger.

Northern said initial restart operations at Browns Range will centre on test work across the beneficiation circuit, to be followed by testing of the hydrometallurgical circuit.

Norther Minerals Executive Chairman, Colin McCavana said: “While the Board was pleased to be in a position to recommence work at Browns Range, following COVID-19 being brought under control in the State, it had come at a cost to the business.”

“We have taken the difficult decision to only partially restart the Pilot Plant at this stage, but believe it is the best immediate path forward in the Project’s development. We will work closely and collaboratively with those members of the team impacted by this decision to redeploy them to other opportunities within the Company, including within our exploration team, where it is possible to do so.”

The company said it would also use this time to proceed with the mechanical construction and installation of ore sorting equipment at the front end of the processing circuit at the pilot plant.  The company said the ore sorter could be a ‘game-changer’ as it looks to deliver a higher-grade feedstock into the plant to produce more output at a lower cost.

No doubt the results of the initial performance of the new ore sorter will be used to refine the flowsheet to be fed into Northern’s full-scale development feasibility study for Browns Range.

That feasibility study is likely to include the results of a collaboration with Soluna Australia, the energy storage division of ASX-listed Lithium Australia and Chinese joint venture partner, DLG Energy, to investigate reducing the reliance of the Browns Range project on diesel fuel for power generation.

Northern’s Browns Range operation is around 1,900km northeast of Perth where it is considering a renewable energy power plant and battery storage facility to reduce energy costs at the remote site.

Whilst Northern is in the second year of its three-year pilot plant operation at Browns Range, it will be integrating recent upgrades in resource volumes at its Dazzler deposit into a technical and economic feasibility study for the larger scale development that already has a large resource booked at its foundation deposit, Wolverine.

Dysprosium, which is only currently mined in China, is utilised in the manufacture of industrial scale magnets used in the defence area and in commercial-scale electric motors, particularly for electric vehicles.

Management said it was also ramping up exploration throughout its Browns Range tenement package with a budget of $4.5-$5.0 million being deployed across three fronts.  New exploration, further evaluation of identified mineralisation and improving confidence on existing resources will all be targeted with the combined objective of increasing the overall life-of-mine potential – and therefore the NPV of the project.

Mr McCavana added: “Our significant commitment to exploration in the next 6-12 months will underpin our ongoing ambition to develop a full-scale heavy rare earths mining and processing operation at Browns Range in the future, which if successful would create significantly greater opportunities for Northern Minerals, the State and Australia in the global context of these critical minerals.”