Northern banks $3m as first mine modules set to arrive

Northern Minerals have raised $3m from a placement to a local sophisticated investor to top up financing for their $56 million Browns Range heavy rare earths project in the East Kimberley. The company also reported the first modules of the processing plant being built by Sinosteel MECC were due to ship from China by the end of the week. 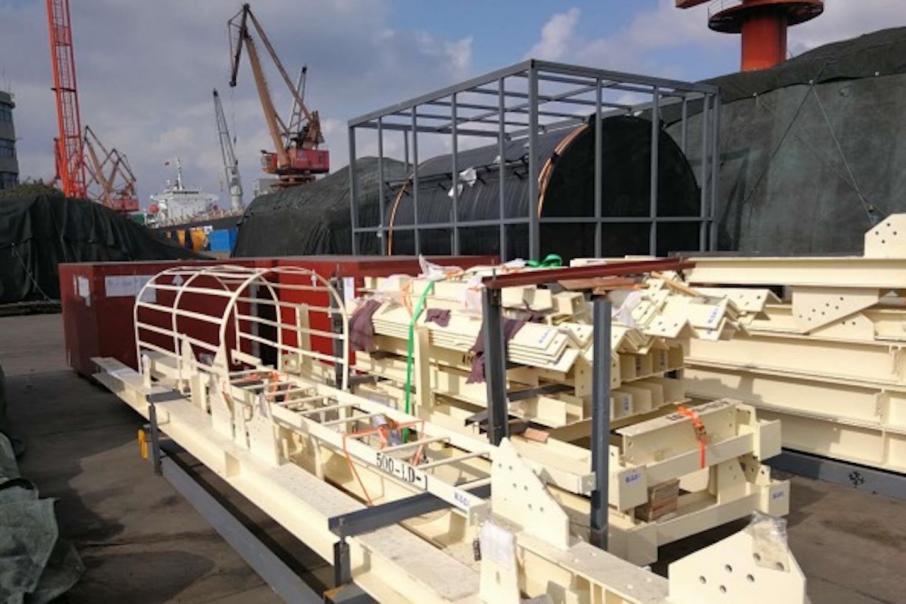 Northern Minerals first mine modules manufactured in China are due to ship to W.A next week

Northern Minerals have raised $3m through a placement at 12 cents to a local sophisticated investor. The price of the placement is in line with the current market price, which has climbed by 26% since the beginning of August.

The new funds partially replace a shortfall in an earlier placement to AMC Securities, which was unable to be fully completed due to restrictions on transferring funds out of China.

Northern Minerals MD and CEO, George Bauk, said: “We are pleased to have attracted investor interest for the placement, which allows us to deliver on our plans to produce Dysprosium from Browns Range in 2018.”

The company is well advanced with development of Australia’s first heavy rare earths mine in the East Kimberley. The $56m project, which will operate as a large-scale pilot for the first three years, has been financed by an innovative mix of equity, offtake prepayments, delayed construction payments and an R&D loan facility

In a market update this week, management told the ASX that bulk earthworks had now been completed by on site contractor MACA. This will allow Primero, who are now on site, to begin concrete work in readiness for next month’s delivery of the first modules of the processing plant from China.

Sinosteel MECC have completed the build of the first modules, which are now in Shanghai awaiting shipment by the end of the week.

Meanwhile, 50% of the first three years of ore throughput has already been stockpiled as part of a fast-track development schedule that will see maiden shipments in the first half of 2018.

Northern will produce a basket of saleable rare earths from the mine with the key product being Dysprosium. Dysprosium is used to manufacture large industrial magnets for electrical engines that are used in applications such as wind turbines and electric cars.