Northern Minerals has produced its first heavy rare earth carbonate product for export from its Browns Range pilot plant project, located near Halls Creek in the East Kimberley region of WA. The near 2.6 tonne ore parcel is being sent to Darwin Port for shipment to customers in China. According to the company, the first product shipment meets the high-quality specifications required by its offtake partners. 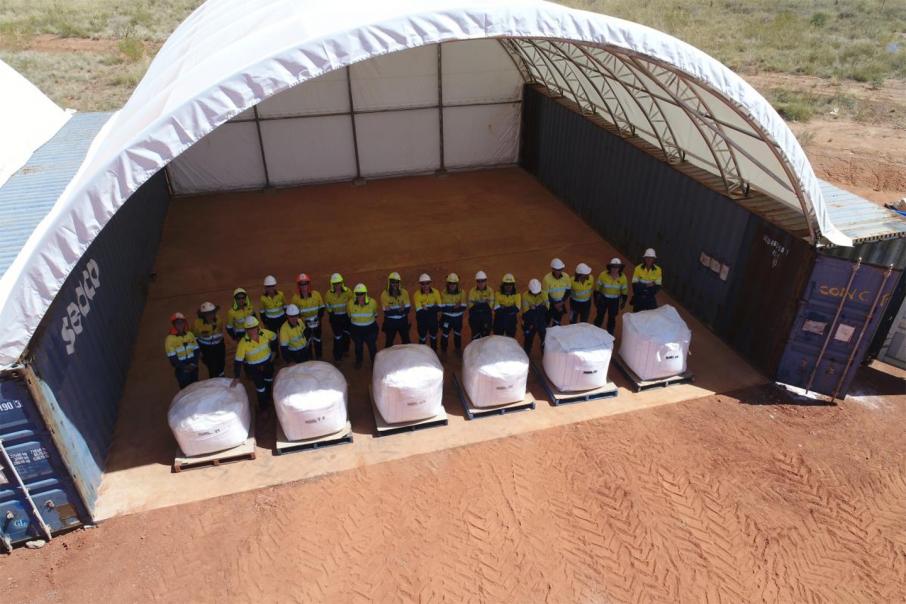 The almost 2.6 tonne shipment constitutes a rare earth carbonate product that was produced during the commissioning phase of operational start-up at the mine and will be sent to Darwin Port for shipment to customers in China in the next few days.

Northern Minerals said that future shipment sizes will be significantly larger as commissioning is completed and the processing plant on site moves to a steady state of production.

Company Managing Director and CEO George Bauk said: “Our first shipment of high quality heavy rare earth carbonate from Browns Range demonstrates that we have got the circuit right for the production from xenotime ore.”

“This first shipment is just the beginning of our journey. As commissioning progresses towards steady state levels, we continue to attract international interest in the project and product.”

“The team at Browns Range has done an enormous job in working through commissioning challenges. Some adjustments have been made to the circuit to ensure we produce on specification product. 2018 has been very successful and we look forward to 2019.”

The mine officially opened in July and the first ore concentrates from the pilot plant were produced in the same month.

On the exploration front, Northern has been busy proving up its Dazzler and Iceman prospects located about 15km south of Browns Range and it expects to generate maiden mineral resources for these high priority targets early next year.

Both prospects have elevated levels of the sought-after element, dysprosium, that is also the corner stone commodity at Browns Range, making the newly shipped concentrate a valuable product in the global market.

The newly discovered deposits could materially add to the longevity of the existing operation.