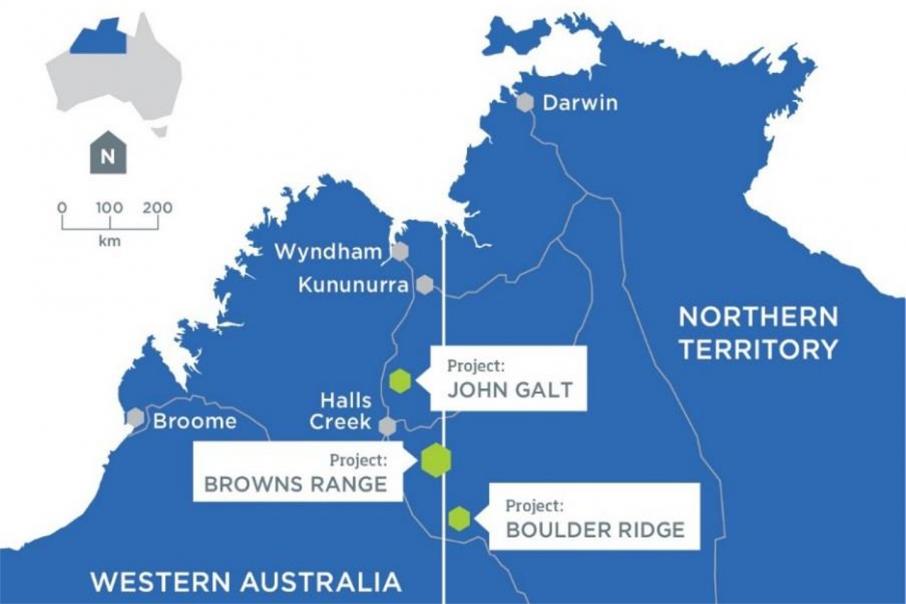 ASX listed heavy rare earths producer Northern Minerals has provided an update of its mineral resources and ore reserves for the world class Browns Range rare earths mine in the Kimberley region of WA.

The company now has a global mineral resource of 9.03 million tonnes grading 0.63% total rare earth oxides, for just over 57,000 tonnes of “TREO”, including more than 30 tonnes of the highly sought-after dysprosium oxide product.

Northern Minerals Managing Director and CEO George Bauk said: “Following the change in status from explorer to producer, it is imperative that we continue to update our knowledge of the deposits and continue to expand our resource base.”

“The recent high-grade discoveries at Dazzler and Iceman will be a major exploration focus over the coming year.”

“With the three-year Pilot Plant now operational, the exploration team has been charged with finding and delineating additional resources that can increase the full-scale mine life from eleven years to over twenty.”

According to the company, several ore deposits had their mineral resources re-estimated during the 2018 financial year, including the Wolverine, Gambit and Gambit West systems.

Maiden mineral resource estimates for the new discoveries at the Dazzler and Iceman prospects, will be generated during the current financial year, as the company seeks to replace ore reserves depleted by mining.

It has been a huge year for Northern Minerals, who is now the first significant world producer of dysprosium outside of China.

The Browns Range ores are rich in dysprosium, which is an essential ingredient in the production of high specification magnets used in clean energy and high technology applications.

Earlier this month, the company announced impressive new exploration results from the Dazzler and Iceman prospects, which are conveniently located 15km south of the Browns Range processing facility.

The mine is located 160km southeast of Halls Creek and was officially opened in July this year.

Northern Minerals is now on the exploration hunt for more rare earth mineralisation across its extensive tenement package covering the prospective Browns Range metamorphic rock sequence, which envelops both sides of the WA-NT border in this region.