Northern Minerals to drill for mine life extension

Northern Minerals is carrying out 5000 metres of drilling to test seven interesting looking prospects at its Browns Range heavy rare earths project in W.A. The company’s goal is to increase the expected mine life at Browns Range from 11 years to more than 20 years. The company is on track to bring its pilot plant, the only dysprosium producing operation outside China, into operation this quarter 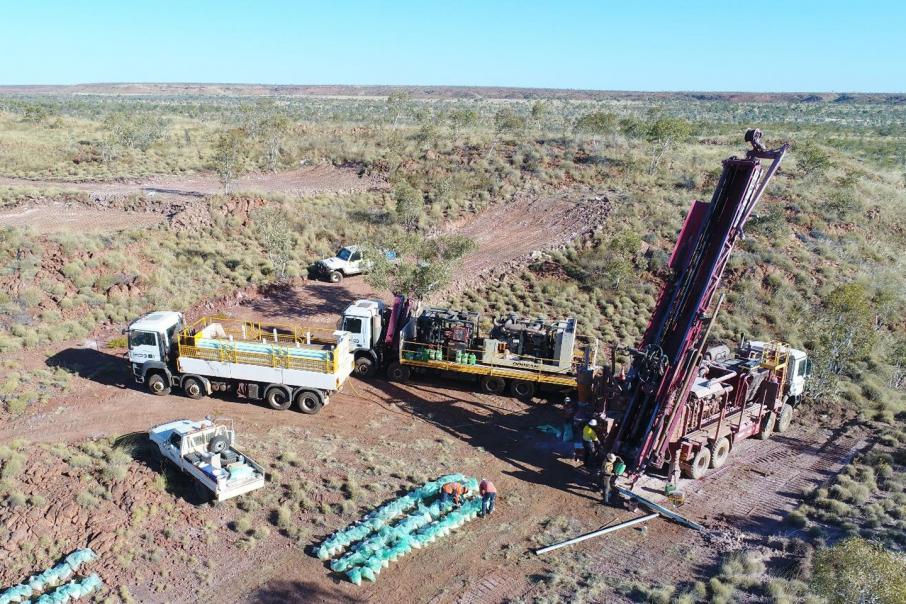 With only weeks to go before commissioning its rare earths plant at Browns Range in W.A, ASX listed Northern Minerals has started exploration drilling with the aim of increasing the potential mine life at the project which is located 160km southeast of Halls Creek.

The company has set a target of defining sufficient new mineralisation to sustain an increase in expected mine life for a full scale project from the current 11 years to more than 20 years.

The move comes as Northern Minerals makes the final preparations to bring its pilot plant into operation this quarter, making it the only dysprosium producing operation outside of China.

The company is carrying out 5000 metres of drilling to test the Banshee South, Dazzler, Gambit East and Polaris prospects that were identified during earlier drilling campaigns.

It will also test the Iceman prospect for the first time while first pass drilling will be carried along strike to the west of the Wolverine and Gambit West deposits, both of which underwent trial mining in late 2017.

Drilling has commenced at the Banshee South prospect, following up on two exploration holes drilled there in December 2016, one of which returned 4m grading 1.5% total rare earth oxides from 5m.

The drilling program is expected to take approximately four weeks to complete and results will start being tabled towards the end of this quarter.

Last month, Northern Minerals said the crushing circuit at Browns Range has been commissioned and is being used for operator training and the collection of crushed ore samples for ore sorting testwork.

Commissioning activities have commenced in the beneficiation plant, including the E-house and the plant control room.

Final works are also being undertaken on magnetic separation, flotation and and water services.

Northern Minerals Managing Director George Bauk said: “In reality, we have hardly scratched the surface at Browns Range, with the vast majority of the tenement package yet to be assessed.”

“With the processing plant now moving into the operational phase, we are excited to be back on the ground, identifying new deposits and adding value for Northern Minerals’ shareholders.”

The 100%-owned project in the East Kimberley is based on unusual xenotime mineralisation, which is rich in high-value heavy rare earth elements such as dysprosium and contains a small fraction of the less valuable light rare earths, which are more difficult and expensive to process.

Northern Minerals’ three-year R&D pilot plant project is designed to produce up to 60,000 tonnes of heavy rare earth carbonate product per annum in what is expected to be a dress rehearsal for the full-scale plant that will be up to 10 times larger.

Dysprosium is a critical element in the building of electric car motors, large wind turbines and other industrial motor applications and China has a stranglehold on supply currently.

The U.S. recently announced that it was looking outside of China for new sources of critical minerals which include dysprosium.

According to Northern Minerals, Chinese production of heavy rare earths steadily declined in recent years as the government moved to shut down illegal and environmentally damaging mines and global buyers were shocked last week when the country announced it had set a 2018 production quota at 70% of 2017 levels for rare earths.

With demand for dysprosium in the electric vehicle market expected to hit 3,500 tonnes per annum by 2030, Northern Minerals is perfectly placed to take advantage of this opportunity.