Australia’s first heavy rare earths mine is taking shape at a rapid pace. Northern Minerals have completed mining and stockpiling of all the ore required for the initial three-year life of the Browns Range heavy rare earths pilot project, while the second of three shipments of the modular processing plant has arrived in Darwin. The project is on track for first production in Q3 2018. 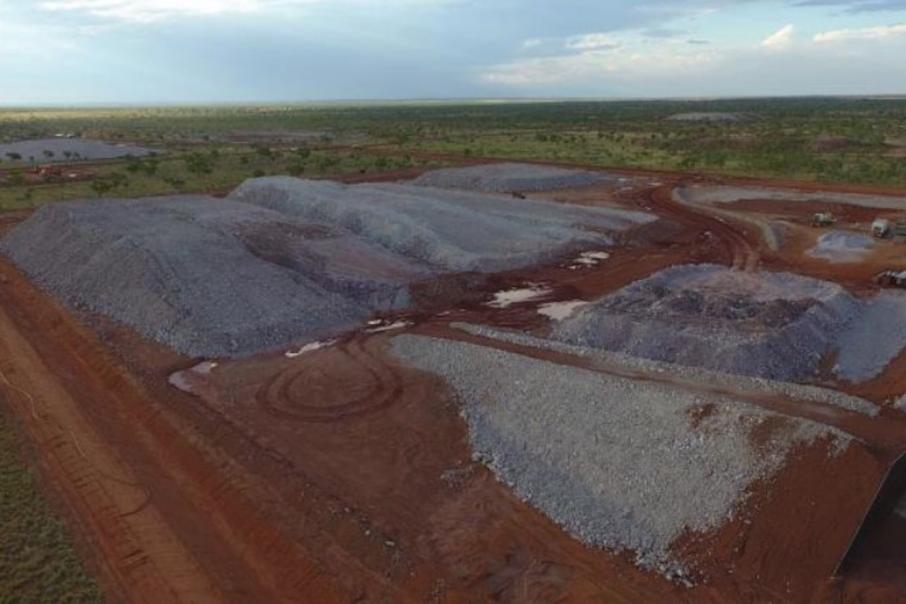 Northern Mineral’s $56 million heavy rare earths project at Browns Range has passed another milestone with the completion of mining on time and on budget at the Wolverine and Gambit West starter pits.

MACA this week completed the six-month mining campaign, which extracted and stockpiled all the ore needed for the three-year pilot of Australia’s first heavy rare earths mine.

The initial target was 180,000 tonnes of ore, however a total of 205,000 tonnes has been extracted as a result of optimised pit designs and improved scheduling.

Construction of the processing plant is continuing at a rapid pace. Earlier this week, the second of three shipments of modular components arrived in Darwin.

The first shipment has arrived on site, which is 160 kms southeast of Halls Creek in the East Kimberleys. The plant is being constructed by Sinosteel MECC in China.

Northern Minerals Managing Director, George Bauk, said: “The completion of mining for the Browns Range pilot plant project represents a major de-risking for the project. Having all the ore available on day one of processing means that the processing test work can be planned and assessed in a methodical way over the three-year project, rather than waiting on ore to be delivered. With modular components and equipment starting to arrive in site, we are on track for first rare earth carbonate testing and production in Q3 2018.”

The main payable product from the Browns Range project will be high-value Dysprosium, which is is a vital component of the permanent magnets used in wind turbines and electric vehicles. Almost 100% of the world’s supply comes from China, where a number of mines have been closed by a government crackdown on poor environmental practices.