All the pieces are falling into place for Northern Minerals’ heavy rare earth project at Browns Range, with infill drilling underway before a final investment decision due in Q1 2017. It follows a sensational few months for the company that have included funding and construction deals to take Browns Range from an ambitious idea to potentially Australia’s first heavy rare earths mine. 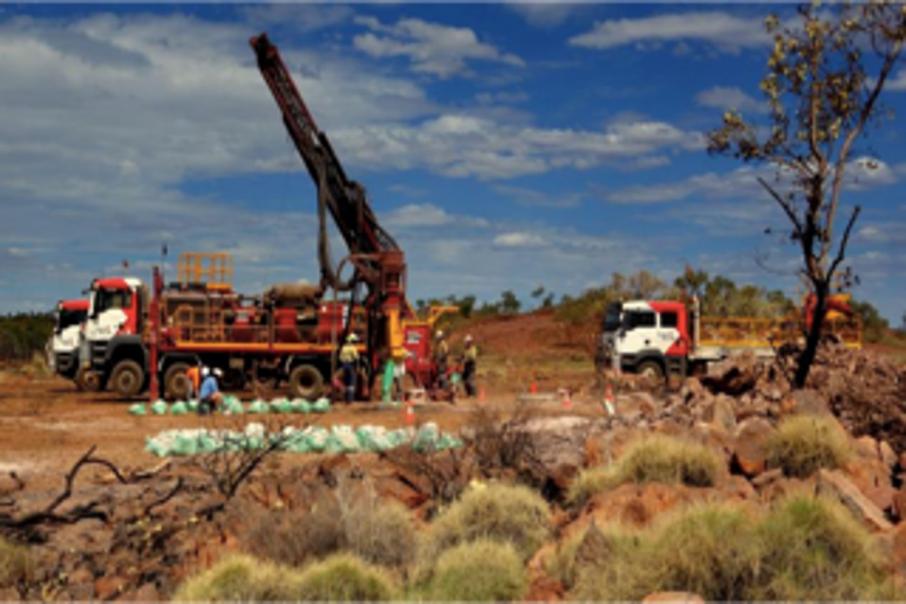 Heavy rare earths developer Northern Minerals have begun an 1800-metre RC drilling program, which is expected to be one of the last steps towards finalizing an investment decision for their Browns Range project near Halls Creek in W.A.

The Perth-based company announced this week it had begun a program of shallow infill drilling in the central, western and eastern areas of the proposed first stage open pit. The program will allow resource delineation to be finalised as part of the study for a final investment decision due in mid-Q1 2017.

The drill rig will also complete eight bores for environmental monitoring of groundwater.

The infill drill program is the latest in a series of developments that all point towards Browns Range getting the go-ahead as Australia’s first Dysprosium mine, and the first significant producer of the sought after element outside China.

Dysprosium is a vital ingredient in the manufacturing of large industrial motors, electric vehicles, large wind turbines and a host of other clean energy and high tech solutions.

Last week, Northern Minerals announced they had signed an MoU with Chinese engineering giant Sinosteel MECC to deliver the Browns Range pilot plant. An innovative aspect of the deal is the option for Northern Minerals to defer payments to Sinosteel worth $12 million until after the plant is actually producing and making money.

Alternatively, Sinosteel can elect within nine months of the plant commissioning to convert the deferred amount into Northern Mineral shares at an agreed price.

The pilot plant will be designed to treat 60,000 tonnes per annum or about 10% of the capacity of the full-scale plant. This will allow Browns Range to become established as a new global supplier of heavy rare earths, de-risk the full-scale project and commit some funds to the kitty for the building of the large scale plant.

The MoU followed a breakthrough equity funding deal with China’s Huatai Mining, who will provide $30 million towards the cost of the pilot plant construction.

Northern Minerals will also take advantage of having an RC rig on site to complete a first-pass drill test of a high-priority exploration target known as Banshee South, 10km from the proposed pilot plant. The prospect was identified by soil, rock chip and channel sampling, which confirmed heavy rare earth mineralisation. Browns Range is part of massive unexplored structural feature with potential for many more heavy rare earth deposits in the north of W.A.