The clean energy boom has opened up opportunities for Aussie Lithium and Graphite explorers. Now you can add the heavy rare earth “Dysprosium” to that list. Northern Minerals is quickly carving out a dominant position in that market place and this week finalized a $60m engineering contract with Chinese giant Sinosteel MECC that will allow $12m to be deferred. 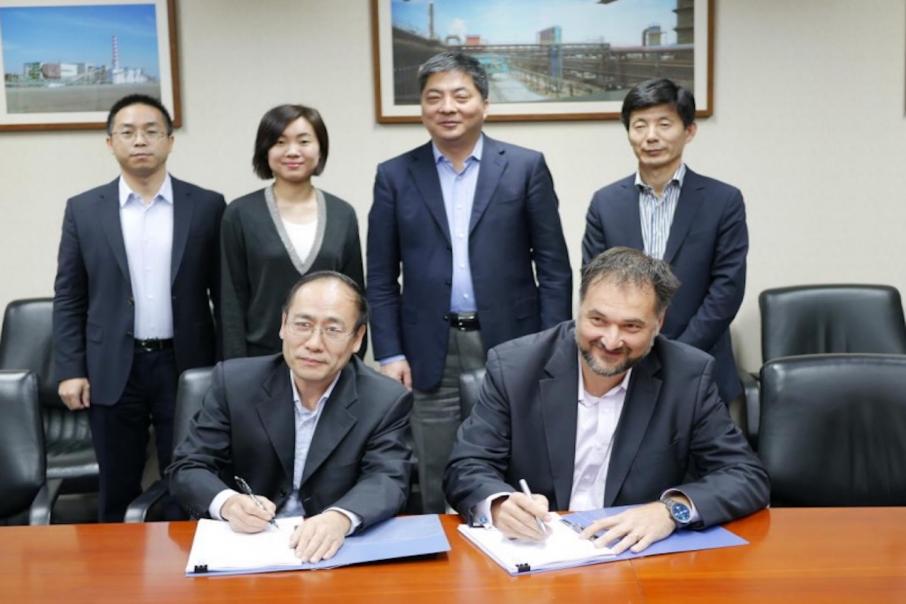 The proposition of Australia’s first heavy rare earths mine is starting to look real after Northern Minerals finalised an engineering, procurement and construction contract with Chinese engineering giant Sinosteel MECC.

The two companies announced this week they had finalised their contract, less than a month after agreeing a memorandum of understanding.

Under the contract, Sinosteel will construct the 60,000tpa pilot plant at the Browns Range heavy rare earths project in W.A. The processing plant will be fully constructed in modules in China before being transported and installed at Browns Range, about 160 km southeast of Halls Creek.

The innovative agreement defers payment of 20% of the contract value for a period of 2 years which will potentially give Northern Minerals the option of paying around $12m of the $60m contract value from cashflow produced from the project itself.

Alternatively Sinosteel MECC has the right to convert the deferred payment into Northern Minerals shares.

Sinosteel MECC is the mining engineering flagship of the giant Sinosteel group. It has completed more than 400 major metallurgical projects for the Chinese government and built many of the largest international projects ever undertaken by China.

WA’s Department of Mines and Petroleum has approved Northern Minerals’ mining proposal, and a large part of the funding for the project has been secured through a $30 million equity issue to China’s Huatai Mining.

Managing Director of Northern Minerals, George Bauk, said “The execution of the EPC contract is an important step with regards to securing financing for the Browns Range pilot plant. We are committed and focused towards the FID in mid-Q1 2017.”

The proposed pilot plant would process ore at a rate of about 10% of the full-scale operation and is scheduled to operate for three years allowing the company to make an informed investment decision regarding the construction of a full-scale plant.

The key heavy rare earth to be produced from Browns Range is “Dysprosium”, which is several times more valuable than light rare earths. Dysprosium is an essential ingredient in permanent magnets and in high demand from manufacturers of electric vehicles, wind turbines and a host of other large industrial motor applications.

Managing Director of Northern Minerals, George Bauk, said “The execution of the EPC contract is an important step with regards to securing financing for the Browns Range pilot plant. We are committed and focused towards the FID in mid-Q1 2017.”