The processing plant for the Browns Range heavy rare earths mine in the East Kimberley has begun to arrive from China, keeping Northern Minerals on track for first production by mid-2018. Northern Minerals has also drawn down the first tranche of their innovative R&D financing facility for the 100%-owned W.A project, which is set to become the world’s first significant producer of Dysprosium outside of China. 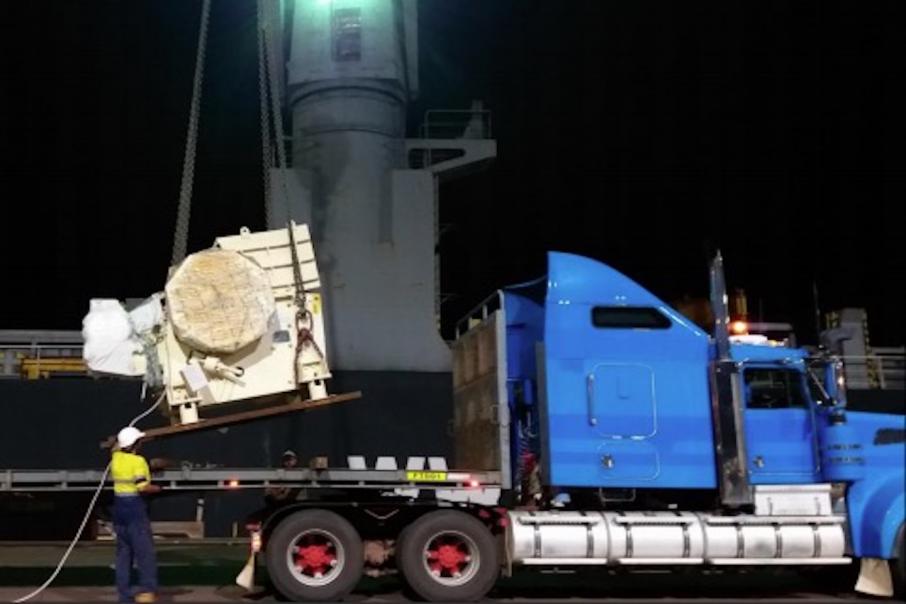 The processing plant for Australia’s first heavy rare earths project is being built in China by Sinosteel MECC and shipped in modules for assembly on site in W.A by local contractor Primero.

The recently arrived components are among the first of three shipments and follow on from final inspections in China by Northern Minerals’ project team.

The components will be freighted by road to Browns Range, about 160kms southeast of Halls Creek, where Primero has begun pouring footings and foundations.

Northern Minerals also reported it had drawn down its first US$5m tranche against the US$30m R&D financing facility established with Innovation Structured Finance Co in August. The next tranche is due at the end of January.

Northern Minerals Managing Director, George Bauk, said: “The construction of the Browns Range pilot project plant continues at a rapid pace. Bulk earthworks are completed, mining will be finished before the end of the year and Primero are ready to start installing the equipment on site. We expect the processing pilot plant site to transform over the coming months as equipment arrives and is installed. Everything is on track for first mixed rare earth carbonate production in mid-2018.”

The main product from Browns Range will be Dysprosium, an essential ingredient in the production of Dysprosium Neodymium Iron-Boron industrial magnets used in clean energy and high-tech industries.

Northern Minerals plans to be the first significant producer of Dysprosium outside of China. The pilot project will run for three years and will be a stepping stone towards a 10-fold increase in production from a full scale plant.