Northern Minerals expects to officially open its Browns Range rare earths pilot plant in Western Australia on the 27th of July 2018 and it has already produced a rare earth carbonate as part of the commissioning process. The pilot plant will investigate the technical and economic feasibility of a proposed full scale operation and will run for up to three years. 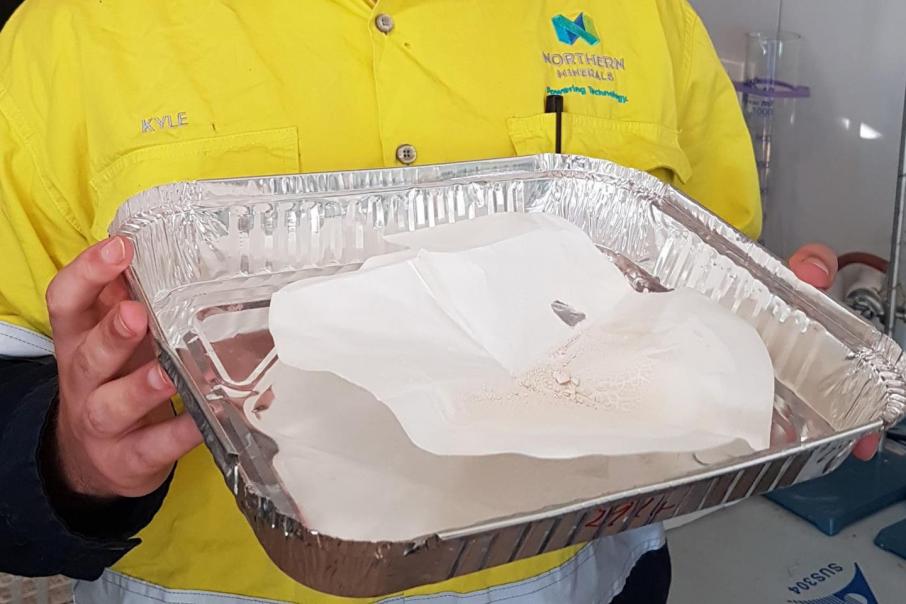 Northern Minerals is well on its way to becoming a global force in heavy rare earths that will be capable of taking on the Chinese at their own game after the Perth based ASX listed company produced the first rare earths carbonate from its Browns Range pilot plant project in the Kimberley region in W.A.

The rare earth carbonate was produced as part of the commissioning process for the Browns Range pilot plant which is expected to be fully operational by the end of July.

This is the precursor to the production of export quality product which the company says it will produce and export this quarter.

The pilot plant, which will be the only dysprosium producing operation outside of China, is expected to be officially opened on the 27th of July 2018 by W.A. Minister for Regional Development, Agriculture and Food Alannah MacTiernan.

Dysprosium is a sought after rare earth that is used by the electric vehicle makers in the manufacturing of industrial magnets that are used in electric engines.

It is also used in wind turbines and other large industrial engine applications.

The commissioning will mark a year to the day since WA Premier Mark McGowan turned the first sod at Browns Range.

About 1000t of ore has already been crushed at the project and first ore has been processed through the beneficiation plant with processing through the circuit to continue over coming weeks.

Commissioning and testwork has commenced in the hydrometallurgical plant through the concentrate dryer and sulphation bake kiln circuits.

The balance of the hydrometallurgical plant will be brought online as baked material becomes available.

The research and development phase for the pilot plant project started in June and is expected to take up to three years.

During this time, Northern Minerals will be investigating the technical and economic feasibility of a proposed full scale project.

The company has also completed a conceptual design for ore sorting at Browns Range after completing first stage test work.

Bulk samples from the Wolverine and Gambit West ore stockpiles have been collected, screened and split in preparation for the next stage of ore sorting test work which is due to commence this week.

Northern Minerals Managing Director and prime mover George Bauk said: “The development of Browns Range is the result of years of blood, sweat and tears by an extremely talented and dedicated team from Northern Minerals, Sinosteel, Primero Group and other contractors.”

“As all the pieces come together, Northern Minerals is on the cusp of a fundamental shift in perceptions as we transition from an explorer to a quality supplier of essential ingredients to the electric vehicle evolution.”

Earlier this week, Northern Minerals started exploration drilling aimed at increasing the expected mine life for a full scale project from the current 11 years to more than 20 years.

The 100%-owned project in the East Kimberley is based on unusual xenotime mineralisation, which is rich in high-value heavy rare earth elements such as dysprosium and contains a small fraction of the less valuable light rare earths, which are more difficult and expensive to process.