Northern Minerals has kicked off an RC drill campaign in search of rare earths at its Brown’s Range project in the East Kimberly of Western Australia. The company is confident that its new targets are underpinned by strong predictive science and will sink approximately 4000 meters of RC into the Gambit West and Cyclops deposits whilst undertaking more regional drilling at the Rouge target, located about six kilometres along strike from Dazzler-Iceman 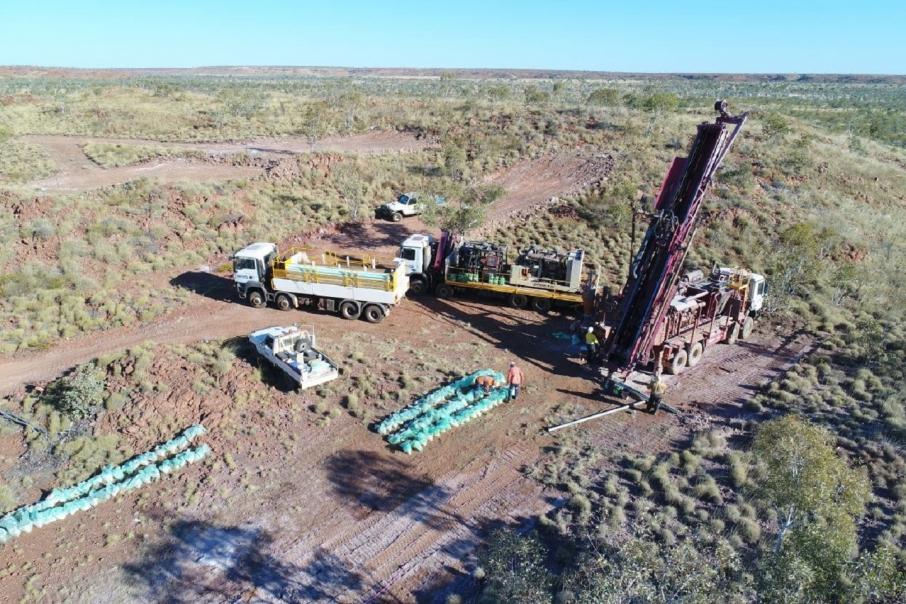 Northern Minerals has kicked off RC drilling to explore for more rare earths at its Brown’s Range project in the East Kimberly of Western Australia.

Heavy rare earths developer and miner, Northern Minerals, has a drill rig pegged to complete about 4000 meters worth of RC drilling in search of even more rare earths minerals at the Brown’s Range project in the East Kimberly region of Western Australia.

Approximately 60% of the drilling will infill and step out at the Gambit West and Cyclops deposits prior to the planned resource wrap around in 2020.

The company is confident that its new targets are underpinned by strong genetic models and predictive science. “Exploration will continue to be the value-add for Northern Minerals” , said Northern Minerals Managing Director and CEO, George Bauk.

Since the discovery of Dazzler in 2018, the company has been assessing and investigating the potential of unconformity-related deposits in and around Browns Range. An “unconformity“ is a contact between two rock units where the upper unit is usually much younger than the lower unit.

A trial gravity survey over Dazzler showed a distinctive gravity feature, that most likely related to hydrothermal alteration of the host rocks, according to the company.

Hyperspectral imaging has also been run over drill core from Dazzler that has revealed a unique alteration signature.

Hyperspectral imagers are an emerging every-day exploration tool that can identify and map materials by collecting both reflected and emitted energy across the electromagnetic spectrum, using various detector array configurations and materials. The interaction of this energy with earth materials is measured and quantified into spectral signatures, whose specific geometries relate to the molecular level composition of known minerals.

Early assays received by Northern from Dazzler returned some impressive near-surface intercepts of up to 7.71% total rare earth oxides, including 7,502 parts per million dysprosium, a sort after rare-earth used by the EV sector that is mostly only mined out of China.