Northern Minerals has made the leap from explorer to producer after turning out its first rare earth carbonate at the Browns Range project in the Kimberley region of WA. Both the beneficiation and hydrometallurgical circuits are now load commissioned for steady state production. The company is also hunting for additional resources of heavy rare earth mineralisation at Browns Range with a focus on the exciting Dazzler-Iceman discoveries. 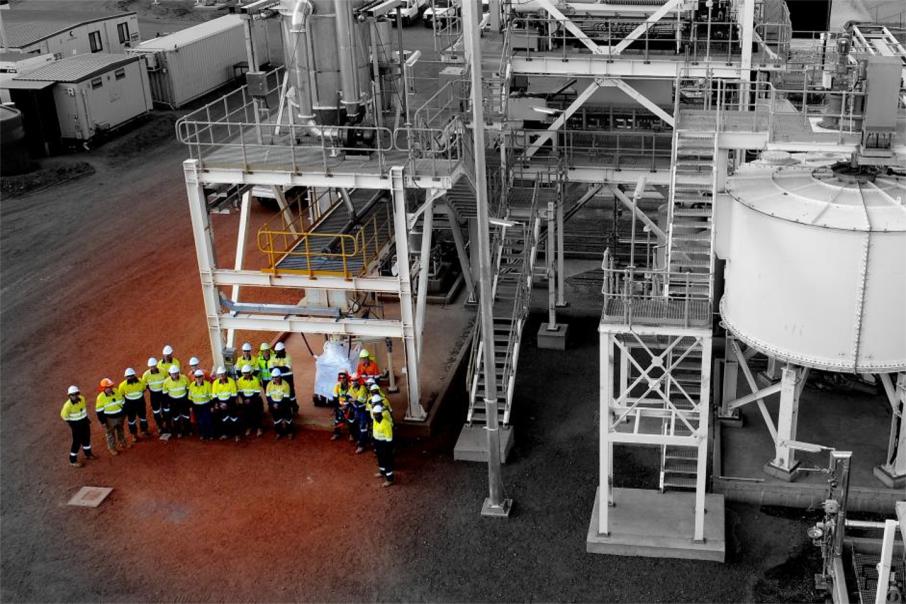 Northern Minerals has made the leap from explorer to producer after turning out its first rare earth carbonate at its Browns Range pilot plant project in the Kimberley region of WA. Both the beneficiation and hydrometallurgical circuits are now load commissioned for steady state production.

In what amounts to the achievement of a long held and lofty goal, Perth based Northern Minerals can now claim to own the only significant heavy rare earths mine in the world outside of China.

The production of the first final product follows the commissioning of the plant and circuit in June, with both the beneficiation and hydrometallurgical circuits having now been load commissioned for steady state continuous operations.

“This is the first production of rare earth carbonate from xenotime ore outside China and represents a new global source of product.”

“Commissioning is progressing well and we look forward to the next milestone being the first shipment of product to our customers.”

The news follows on from the recent reporting of an upgraded mineral resource and ore reserve at Browns Range courtesy of an ongoing drill campaign.

Regionally, Northern Minerals is on the hunt to discover additional resources of heavy rare earth mineralisation across its tenure within the Browns Range metamorphics covering the WA-NT border in this region.

Recent drilling results from the new Dazzler and Iceman prospect discoveries about 15km south of the Browns Range mine were impressive and will no doubt provide a major exploration focus in the coming year.

Mr Bauk recently added: “With the three-year pilot plant (at Browns Range) now operational, the exploration team has been charged with finding and delineating additional resources that can increase the full-scale mine life from eleven years to over twenty.”

Northern Minerals appears to have timed its run to production perfectly given that its key rare earth, dysprosium, is a sought after commodity in the electric engine space.

It is used in electric vehicles, wind turbines and other large electric industrial applications, all of which are experiencing an upswing in demand now as part of the lithium driven boom.