Aspiring ASX-listed heavy rare earths developer, Northern Minerals is looking to shave two years off its target date for commercial production and cash flow at its 100 per cent-owned Browns Range project in WA. The company is now aiming for first cashflows from a full-scale beneficiation plant at Browns Range in WA’s top end as early as 2023. 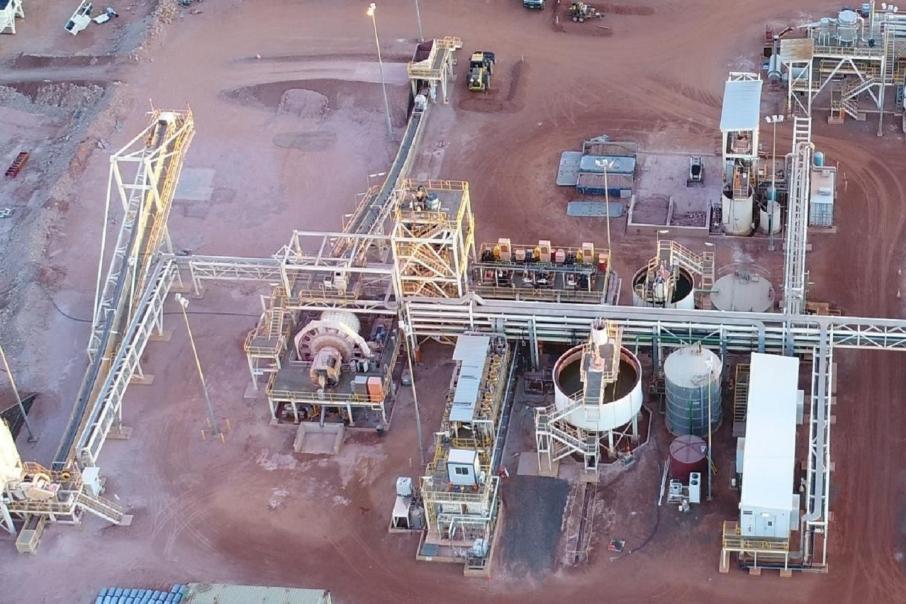 Aspiring ASX-listed heavy rare earths developer, Northern Minerals is looking to shave two years off its target date for commercial production and cash flow at its 100 per cent-owned Browns Range project in Western Australia.  The company is now aiming for first cashflows from a full-scale beneficiation plant at Browns Range in WA’s top end as early as 2023.

Management said it had identified a market opportunity to target several facilities outside of China which have both capacity and capability to process a heavy rare earth xenotime concentrate which the Browns Range project can churn out, with only a beneficiation circuit to invest in.

Northern Minerals Chief Executive Officer, Mark Tory said: We believe the time is right to accelerate our plans to achieve commercial-scale production, with positive market sentiment for strategic minerals, including heavy rare earths, being strongly reinforced so far in 2021.”

“Fundamental to this sentiment is the fact that Governments around the world are looking to both secure supply chains for strategic minerals outside of China and introduce policy settings that will ultimately drive demand, particularly through the increased take-up of electric vehicles.”

Whilst still a step short of a commitment to a full-scale plant at Browns Range, Northern believes its latest plan is a low-risk option to hasten cash flow from the company’s massive rare earths deposits in the Kimberley region.

The company said its plans will now focus on a standalone, commercial-scale beneficiation plant to process a saleable volume of the heavy rare earths xenotime concentrate in order generate cashflows much earlier than originally foreseen.

Mr Tory said: “We believe that focusing on the beneficiation circuit as a standalone project both simplifies the feasibility study and future funding options, which will allow us to produce a marketable xenotime concentrate product in an accelerated timeframe while continuing to assess the feasibility of ultimately expanding its processing operations to include the hydrometallurgical plant and downstream product separation.”

Northern Minerals will still have to tick a few boxes along the way in order to get into commercial production, including a feasibility study that stands up on the lower-cost concept.

It will also need to complete and commission its ore sorting system.

The company is currently treating existing ore stockpiles as a part of its three-year research and development testing program at the pilot plant.  According to Northern, testing of the all-important ore sorting system is due to be completed in the second quarter of this year.

Perth-based Northern said previous bench-scale tests of the ore sorting process indicated a possibility of more than doubling the feed grade into the mill, leading to a significant operating cost-benefit.

Another bonus to fall out of fast-tracking the upscaling of the standalone beneficiation process at Browns Plains will be the potential to lock in customers for its product and support a feasibility study for its future, broader downstream processing plans.

Mr Tory said:“We are continuing to complete our R&D program at the Browns Range Pilot Plant to test the technical and economic feasibility of producing a dysprosium and terbium-rich heavy rare earths concentrate from xenotime ore mined at Browns Range.”

In addition to its plans to fast-track a beneficiation-only feasibility study, Northern Minerals has committed to another batch of resource drilling to be completed before mid-year.

Whilst much of the fresh drilling will target encouraging results from its 2020 drilling campaign, a swag of drill holes will chase down other near surface, high-grade mineralisation with a view to significantly grow its already substantial mineral endowment at Browns Range.

Northern said a recent early hit at its Dazzler North prospect returned 3 metres at 0.74 per cent total rare earth oxide, or “TREO” from only 8m downhole.  The company said the intercept was one of the richest grades assayed so far.  The same reverse circulation drill hole also hit another 4m intersection going 0.32 per cent TREO from 42m downhole.

Northern Minerals hopes to become a key producer of the heavy rare earth element dysprosium and most likely the only company to do so outside of China.

Dysprosium is an essential ingredient in the production of industrial magnets found in clean energy applications, military and other high-tech applications.