Northern Minerals continues to optimise its cutting-edge rare earth processing circuit in WA, with the addition of an ore sorter that management says has the potential to double the feed grade to the milling circuit. The new equipment might also deliver considerable cost savings for future production by increasing throughput and reducing both capital and operational expenditure. 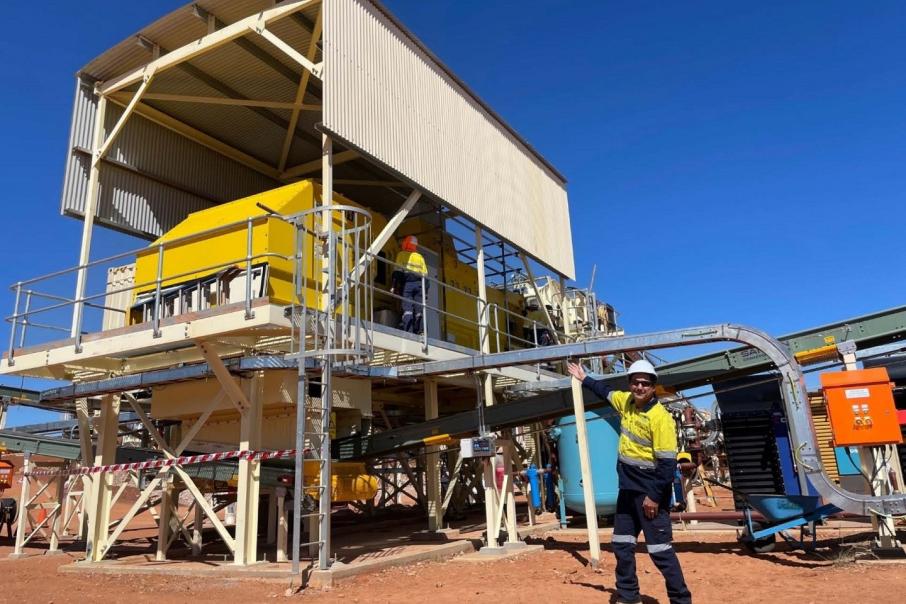 Northern Minerals continues to optimise its cutting-edge rare earth processing circuit in WA, with the addition of an ore sorter that management says has the potential to double the feed grade to the milling circuit. The new equipment might also deliver considerable cost savings for future production by increasing throughput and reducing both capital and operational expenditure.

The company has now completed commissioning of the ore sorter and is preparing to jump back into research and development, with bench scale testing of a similar unit producing positive results.

Upcoming testing of the commercial scale unit will include treating bulk samples from the Browns Range heavy rare earth deposits, with the data being utilised to provide practical processing information and to build on Northern Minerals expertise in the handling and beneficiation of these increasingly high-value ores.

Northern Minerals Chief Executive Officer, Mark Tory said:“With the ore sorter commissioned we are now in a position to run bulk samples from existing stockpiled ore, including lower grade material, to better define how we can apply this technology to optimise our preferred beneficiation process.”

The company’s evolving Browns Range heavy rare earths project is located 160km to the south-east of Halls Creek, in Western Australia’s Kimberley region which straddles the border with the Northern Territory. Northern Minerals’ tenure covers more than 2,750 square kilometres of the mineral-rich terrane, with the company having already unearthed no less than seven separate deposits in close proximity to its pilot plant operation, including the Wolverine, Gambit, Cyclops and Banshee discoveries.

The company’s resources currently include more than 9 million tonnes of potential feed, grading at a respectable 0.67 per cent total rare earth oxides, which includes a selection of  highly sought after heavy rare earth elements such as dysprosium, terbium and yttrium.

Following construction of a pilot plant operation at Browns Range and significant research and process development, Northern Minerals has identified that the fastest and most cost-efficient route will be to build the front-end of its proposed plant to produce a heavy rare earth concentrate into an increasingly hungry market.

The proposed commercial plant will comprise a crushing and sorting circuit feeding into a grinding circuit and beneficiation plant, with the company looking to produce a rare earth rich carbonate product for sale into a voracious global market.

Interestingly, Northern Minerals produced more than 40 tonnes of dysprosium and terbium carbonate product earlier this year, which was dispatched to its primary offtake partner, Thyssenkrupp in Europe.

Rare earths are increasingly being used in vehicle motors as part of the growing EV revolution and as Northern Minerals moves towards production, it is attracting more than its fair share of attention. The company is now said to be entertaining a number of additional would-be suitors for supply and offtake.

Currently, China controls about 90 per cent of all rare earth production and uses 70 per cent of its heavy rare earths output, leaving the rest of the world to scramble for supply.

With rare earth prices continuing to climb, Northern Minerals has put itself in an enviable strategic position.

The company is seemingly entering the final phase of testing in the lead up to commercial production at Browns Range and with its new ore sorter in place it looks set to make good on its promise to begin supplying a unique heavy rare earth product into the European and American technology markets.