No monopoly on good storytelling

Engaging, inspiring storytelling remains a powerful communication tool, even more so in the digital age. 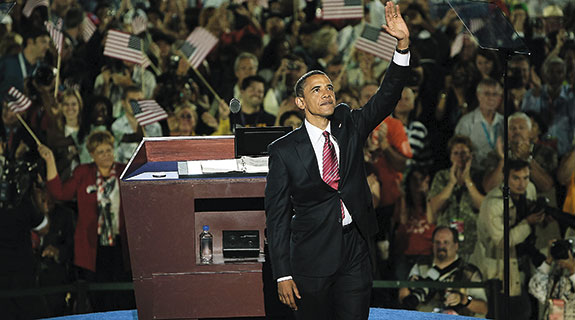 Engaging, inspiring storytelling remains a powerful communication tool, even more so in the digital age.

I grew up in the kind of family where lessons were dished out in short, sharp, sentences or instructive demonstrations.

My paternal grandmother earned her place in Low family annals by throwing a Monopoly board and associated paraphernalia on the fire after yet another nasty skirmish over the game.

She was simply following through on what the kids had misjudged to be an idle threat.

This story has been passed down through generations, and I now roll it out to remind my children just how easy they’ve got it.

I’m not sure the message gets through, however, as their eyes widen in horror at a parent who would do anything so wicked, while the moral of the tale, which is surely a stern warning about the pitfalls of sibling rivalry, is eclipsed by the humour.

Given what I now know about my grandmother, it could be just as much a cautionary tale about the effects of sherry on good parenting; but that, as they say, is a story for another time.

Stories or the narrative is a surprisingly common theme in both politics and business.

The army of advisers and communications experts who beaver away in the shadows of politicians are the architects of these unifying narratives or themes.

And rather than let it cheapen my affection for storytelling, I prefer to characterise this as evidence of the enduring power of stories.

Powerful political narratives need actions to buttress the words, however.

In recent times I can only think of failed story lines, most disappointingly for me was Julia Gillard’s pitch for a new start with ‘the real Julia’, which sounded and (in the end) looked like something more suitable for a low-budget reality television show.

Similarly, Tony Abbott’s call to asceticism regarding the need to take our ‘economic medicine’ to survive these dark days turned voters off; people already staggering under the burden of bad news didn’t want to hear more of it from their leader, even if it was true.

The power of Malcolm Turnbull is his skill as an orator, which is a very close cousin of storytelling. It’s a skill he honed as a barrister, wielding his intellect and skill with language to communicate, manipulate and drive his point home.

There’s a power and magnetism to raconteurs that make them natural leaders.

When I think of the origins of mankind, the storytellers were highly respected elders.

They were the keepers of the secrets, the guardians of knowledge in a time before books and writing.

The rock art of our own indigenous people, haunting, funny, alive, is a powerful reminder of how recently books have supplanted oral renditions.

The secrets of great business stories seem to have been highjacked by the self-help sector, with thousands of titles since the bestseller The 7 Habits of Highly Effective People, which I assume includes buying self-help books.

The thirst for first-hand tales of business ingenuity has spawned the events industry, and the demand for an audience with big name leaders reveals the lure of storytelling.

We want to understand how people overcame adversity, came up with that great idea, or doggedly pursued a goal.

And it’s not just about gathering facts; it’s inspiring, and this energy is the magic of storytelling.

And then there’s TED, the international not-for-profit that has attracted some of the biggest business people and political leaders in the world – think Bill Gates, and Stephen Hawking – to present short talks.

TED, which stands for technology, entertainment and design has been around for more than three decades but digital technology and social media has massively broadened its reach and influence.

What struck me as I looked through the top TED talks of 2015 was how few of the names I recognised; this to me is what is so exciting about storytelling in our digital age.

Social media and platforms such as TED are democratising storytelling. It’s not only the person with the soapbox who can make him or herself heard – anyone can, and the ultimate arbiter online is the audience.

And the best thing about narratives is that we can all agree on what makes a great story, because it’s barely changed since time began, let alone in the three generations since my granny silenced her kids’ bickering in a blaze of brightly burning Community Chest cards.