No longer whistling in the wind

Several recent high-profile cases of questionable corporate behaviour that have come to light here, and around the world, have a common element – whistleblowers. 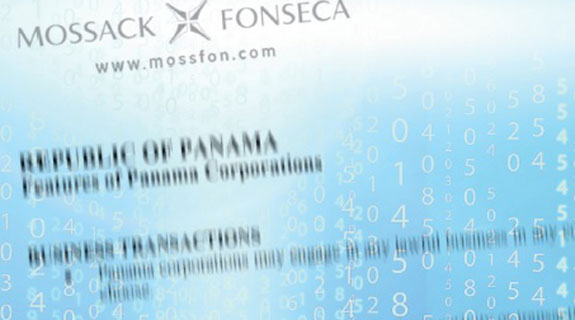 OUT THERE: The digitisation of data has made it easier for whistleblowers to share large amounts of information.

Several recent high-profile cases of questionable corporate behaviour that have come to light here, and around the world, have a common element – whistleblowers.

IT has been a big year for whistleblowers across a range of business sectors, which begs the question whether we would be better served investing in these corporate truth-tellers than sinking hundreds of millions of dollars into yet another royal commission.

Admittedly, it’s hard to envisage a portal for whistleblowers without imagining the giant bureaucracy it would likely spawn, dedicated to weeding out the vexatious claims.

But isn’t that what the media currently does, to varying degrees of success?

I appreciate we already have a corporate cop in the Australian Securities and Investments Commission, but that body is fully employed (and in truth already stretched financially) coping with the high-profile hits like insider trading allegations and corporate collapses.

Meanwhile, federal Labor and some government backbenchers are calling for a royal commission into the banking and finance sector; calls the Turnbull government is resisting.

The government says Asic is well equipped to investigate and prosecute cases of corporate malfeasance – corporate finance and banking included.

To hose down Labor’s attack, the government last week announced additional funding of $121 million for Asic (to be paid by the banks), which cancels out the cuts of $120 million over four years, as outlined in the 2014-15 budget, which had forced the regulator to slash 200 jobs since the coalition came to office.

In reality, however, business wrongdoing is about more than just ignoring corporations law.

And the 11 million documents from Panamanian law firm Mossack Fonseca have shone a light on the prevalence of offshore tax accounts, and sparked debate over the morality of using lawyers and international tax havens to reduce your tax bill.

Whistleblowers do more than call out rule breaking. What they expose is endemic practices within organisations that aren’t necessarily illegal, but often unethical or immoral.

It wasn’t illegal for the family of Iceland’s prime minster, Sigmundur David Gunnlaugsson, to have offshore bank accounts that put their investments beyond the reach of the taxman; it was just a very bad look.

Mr Gunnlaugsson now has a bit more time to consider whether he and his family were treated fairly in the court of public opinion after being forced to step aside.

The leak of the Panama papers is likely to do more for the cause of global tax reform than all the efforts of the US, Europe and the UK combined, because they’ve exposed the reputational damage at stake for companies that put their financial performance ahead of their tax and, arguably, ethical obligations.

It’s likely we’ll see more and more of these organised document drops, providing those media organisations that have the time and resources to comb through them with a window into the financial accounting secrets of major organisations.

The digitisation of data has made it simpler for would-be whistleblowers to share large tranches of information, but digital record keeping has also made it easier to adjust or delete unwanted data for nefarious companies.

The threat of being publicly shamed and the damage inflicted by whistleblowers is enough to keep the most sanguine of chiefs awake at night.

And it’s not enough in the eyes of the public to say you didn’t know.

This was the fate of Target’s recently departed managing director Stuart Machin, who fell on his sword before Wesfarmers had even released the results of its internal investigation into supplier rebates at the discount department store.

Since Mr Machin’s exit from Wesfarmers we have learned the supplier rebates boosted Target’s half-year earnings by as much as 40 per cent or $21 million.

Without this creative accounting, Target’s half-year earnings went backwards year on year to $53 million, from $70 million.

Turns out a whistleblower brought the practice to the attention of the management and an investigation was already under way before the scandal was leaked to the media.

The use of supplier rebates to pump up earnings is not uncommon in the retail sector, but it’s a false economy that Wesfarmers would have eventually have had to unwind; managing director Richard Goyder referred to it as “mind-blowingly stupid”.

This is essentially an internal accounting issue, there’s nothing here for Asic to get excited about, and yet it’s taken a bit of paint off Wesfarmers’ public image.

And that’s going to ensure the conglomerate acts quickly to fix the problems and convince stakeholders the ship is steady under the watch of new chief, Guy Russo.

Would-be whistleblowers out there need protection and safeguards that prevent employers persecuting them; technology can surely provide us with some simple solutions or this.

Get used to whistleblowers, I suspect they’re going to play a bigger and bigger role in policing corporate behaviour.

And if they save us from even one royal commission, that’s a hundred million dollar job well done.