Northern Minerals has generated a maiden mineral resource estimate for its Dazzler rare earths deposit, located 15km south of the Browns Range mining and pilot processing operations in the Kimberley region of WA. The inferred resource contains 144,000 tonnes grading 2.23% total rare earth oxides, which is the equivalent of about 3,200 tonnes of TREO and includes a significant quantity of the sought-after element dysprosium. 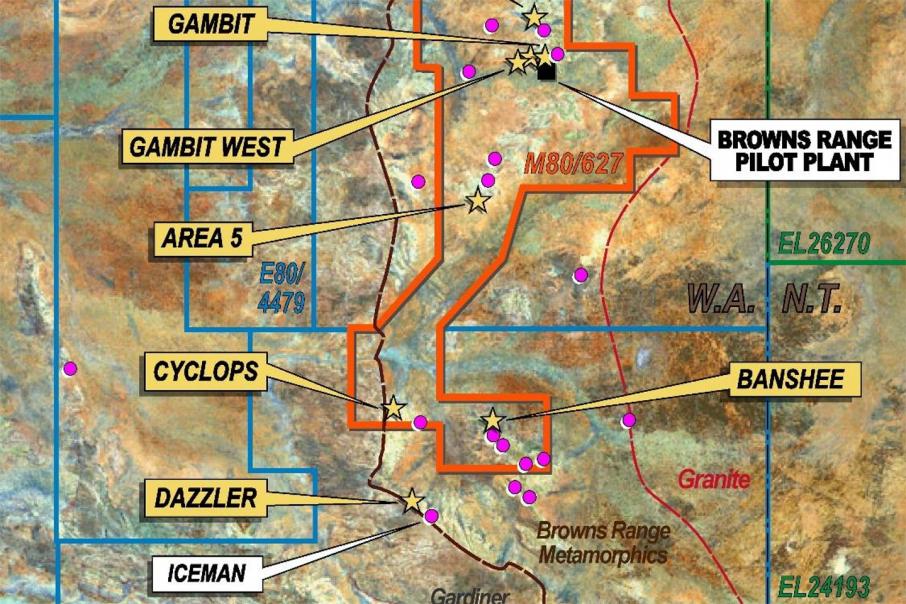 ASX-listed heavy rare earths producer Northern Minerals has knocked out an impressive high-grade maiden resource estimate of 144,000 tonnes grading 2.23% total rare earth oxides or “TREO”, which is the equivalent of about 3,200 tonnes of TREO, at its emerging Dazzler deposit near Halls Creek in WA.

This grade is more than three times the average of the flagship Browns Range deposit, that is being mined and processed 15km to the north of Dazzler.

Similar to Browns Range, Dazzler is estimated to contain a significant quantity of the sought-after element dysprosium, which is a key material utilised in making permanent industrial magnets used in the motors of electric vehicles.

Northern Minerals’ Browns Range operation is projected to fill a significant supply gap opening up as the Chinese authorities crack down on illegal mining activity of rare earths in the coming period.

China is the world’s largest producer of rare earths, but even at a steady state of production of about 1,000 tonnes per annum, it can still only expect to fill about 50% of the exploding demand for this truly 21st Century commodity.

The new inferred resource estimate at Dazzler is important to Northern Minerals and lies well within its exploration target for the deposit announced back in December, which was between 1,600 – 5,600 tonnes of TREO.

At the nearby and related Iceman prospect, the company set an exploration target of between 15,000 – 30,000 tonnes of mineralisation, grading between 2% - 4% TREO, which could potentially drop another 300 – 1,200 tonnes of TREO into the kitty down the track.

The recent discoveries at Dazzler and Iceman outline just how prospective this area of WA is for heavy rare earth mineralisation.

“It is important to note that the maiden Dazzler mineral resource is based on limited drilling and there is excellent potential for resource additions at Dazzler, Iceman and other targets within the Gardiner Sandstone.”

The company is planning to complete a maiden resource estimate for the Iceman prospect later this year and will also conduct further development and exploratory drilling at both this deposit and Dazzler later in 2019.

The success of the operational flowsheet being employed to process the Browns Range mineralisation hosted by the mineral xenotime, gives the company great confidence that it will also potentially be able to treat the higher-grade Dazzler and Iceman rare earth ore materials in the future.

The deposits lie near the scarp of a 20m high range and hence their geometry is considered suitable for extraction using conventional open pit mining methods.

Northern Minerals appears to be well on its way to establishing the goal of becoming a sustainable rare earths mineral producer in the Kimberley region of WA and hence, develop into the first significant world producer of dysprosium outside of China.