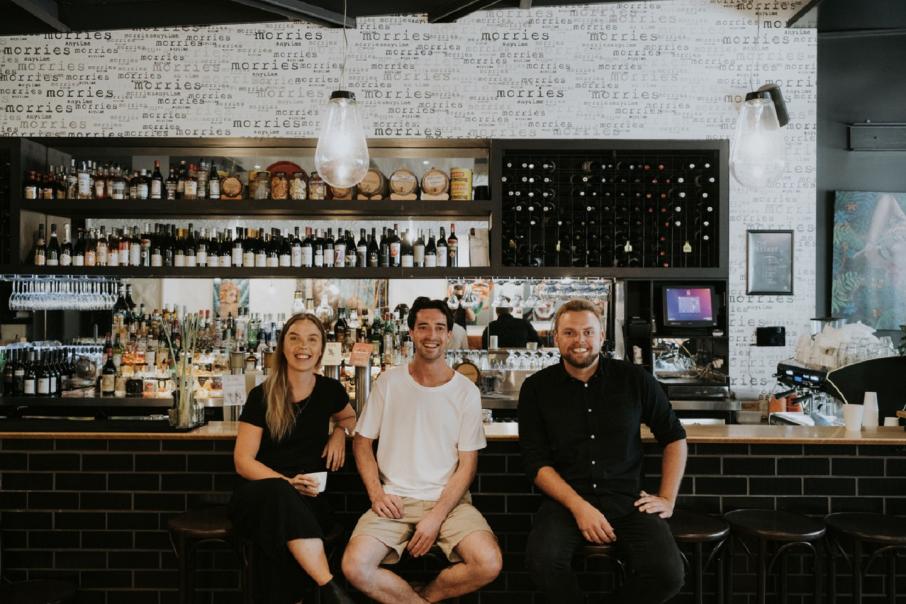 The pair will take the keys from Mr Astbury, who has owned the venue for the past four years, on February 1.

Mr Hulston said the opportunity to buy Morries was too good to pass up.

“Petra and I have both worked in hospitality extensively both abroad and in Australia, and we’ve both worked at Morries throughout its nine-year history; it’s a venue that we’ve loved to enjoy for a long time as employees and as customers,” Mr Hulston said.

“Morries has established itself as an institution designed around quality cocktails, small-plate, share-style dining, and it comes a reputation which we are extremely fortunate to inherit and aspire to maintain.

“We love the atmosphere at Morries; it lends itself to something that isn’t overly common in a small regional town like Margs - a little slice of something you’d usually find in city - a small venue, consistently pumping and energetic.”

He said the pair wasn’t planning on making any drastic changes to the venue, and instead would focus on upholding the quality and reputation of Morries.

Mr Astbury said he planned to mentor Ms Ek and Mr Hulston for the next 12 months to ensure they settled in.

He said owning Morries had been a challenging and exciting time.

“With the local community support and the hard work from my team, we’ve created and maintained an epic venue. I want to thank everyone for the role they had to play in its success,” Mr Astbury said.

“I’m leaving Morries in a good place and in very capable hands.

“Petra and Dean are energetic, enthusiastic and experienced, a formidable duo and I’m sure they’ll do well.”

Morries was established in 2012 by Anthony Janssen and was later owned by Ms Janssen’s company Margaret River Hospitality Group before Mr Astbury purchased the restaurant.