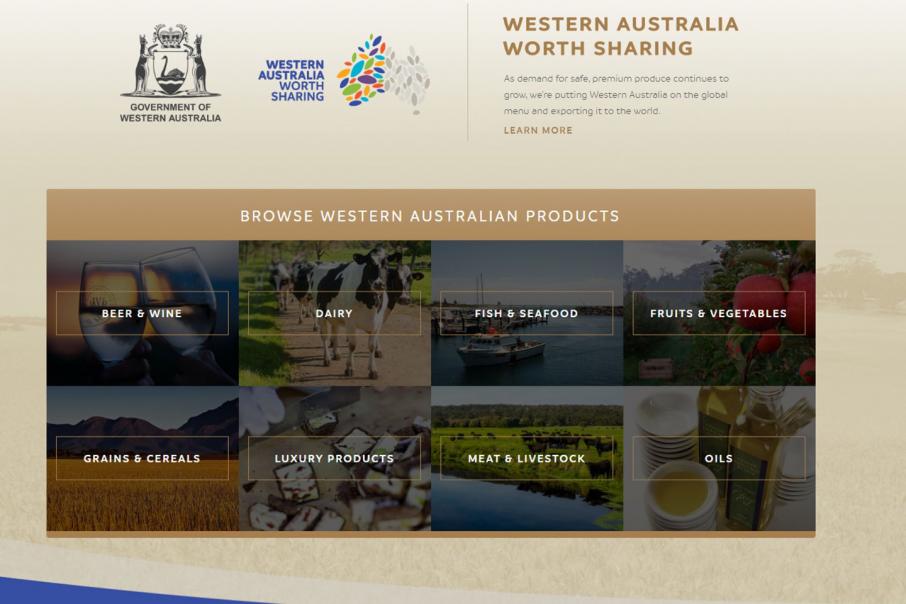 The Western Australia Worth Sharing export-focused branding initiative encompasses a distinctive logo featuring the state, and a website where overseas buyers can connect with companies that export WA produce.

About 25 companies have signed on, and will be free to use the brand in marketing materials, packaging and labelling, advertising and public relations activities.

“It will signify our modern agriculture and production methods and high food safety standards, which are greatly valued in international markets.”

The premier said the brand was based around the idea of sharing, with WA companies and their individual stories to be at the heart of the Royalties for Regions-funded campaign.

“Companies already involved range from some of WA’s most successful agricultural exporters through to smaller, family-run businesses,” Mr Barnett said.

“We expect to launch the brand soon through an international advertising campaign in Singapore then China, with Japan and Indonesia to follow next year,” Mr Marmion said.

“So far, we have companies involved from Shark Bay, Manjimup, Margaret River, Esperance, Harvey, Moora and many other towns across the state,” he said.