Hospitality operators are cashing in on Perth’s love affair with the coast, with seven new beachside venues opening in the past two years and more on the way – from Trigg Beach to Port Coogee. 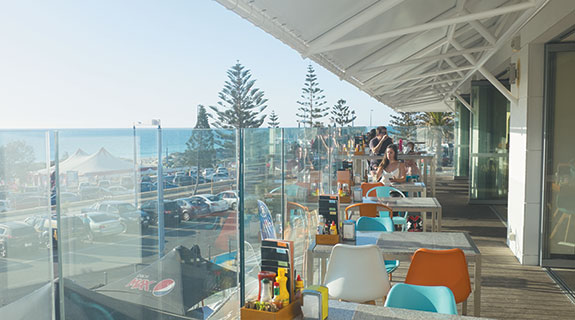 Hospitality operators are cashing in on Perth’s  love affair with the coast, with seven new beachside venues opening in the past two years and more on the way – from Trigg Beach to Port Coogee.

In early January, brew-pub The Squires Fortune opened at the foot of the Rendezvous Hotel in Scarborough to become the latest addition to a rapidly growing hospitality precinct.

The pub, which is the second James Squire-themed operation by prominent hospitality operators the Kapinkoff family, joins the Scarborough Beach Bar, which replaced Jimmy Dean’s Diner when it opened in December, and Matisse Beach Club, which opened in March last year.

Sandbar Scarborough Beach is another recent addition, opening in August 2013.

However, the four new venues, complemented by Ocean One Bar, which celebrated its fifth anniversary last month, are just the beginning for the area.

The Metropolitan Redevelopment Authority’s recently released master plan for the redevelopment of Scarborough Beach prescribes the construction of a new hospitality precinct at The Esplanade, topped off by a flagship tavern/restaurant on an absolute beachfront plot.

Construction is expected to begin before the end of this year, with new venues scheduled to be operational within two years.

But Scarborough is not the only focus for pub operators, with construction progressing on a host of new beachfront venues at City Beach.

The $17.7 million redevelopment of the City Beach Surf Club includes three new venues, one which will be run by well-known hospitality players the Gastevich family, and another by husband-and-wife team Eleanor and Fabio Hupfer, of Hubbles Yard Café fame.

At the time the redevelopment was announced, Town of Cambridge mayor Simon Withers told Business News that the ultimate plan was to develop a string of restaurants along the beachfront, from City Beach to the existing cafe at Floreat Beach.

Perth’s beachfront bar revolution picked up momentum in late 2012, when the Cottesloe Beach Hotel opened the doors at its renovated beer garden – The Beach Club.

The lift in amenity at the Cottesloe pub, which was formerly personified by boozy Sunday sessions and widespread anti-social behaviour, was followed a few months later by the high-end eatery Bib & Tucker at Leighton Beach (in March 2013).

Also in the Fremantle area, Bathers Beach House opened in December last year to become one of Perth’s only watering holes with an absolute beachfront vista.

Two taverns are proposed further down the coast at Port Coogee, at Australand’s Marina Village precinct, which is home to a Dome Café that opened midway through last year.

“Not only are we spoilt for choice, but Perth’s warm temperate climate lends itself to these spaces and makes Perth one of the best places in the world to enjoy a beer outside nearly all year round,” Mr Woods said.

Tourism WA chief executive Stephanie Buckland agreed that Perth was the perfect location for beachside bars, with more than 3,000 hours of sunshine each year.

“They allow people to take in our sweeping ocean vistas and make the most of our outdoor lifestyle, adding vibrancy to coastal suburbs and presenting a picture perfect postcard location to attract visitors,” she said.