China is banking on two enormous infrastructure projects helping it to shape the economic environment around its interests. 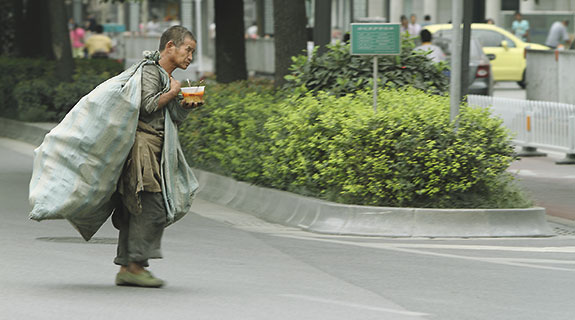 China is banking on two enormous infrastructure projects helping it to shape the economic environment around its interests.

Significantly, the conference’s keynote speaker was Chinese President Xi Jinping, whose address, one observer described, as “the first in-depth explanation of China’s vision for the Silk Road economic belt and 21st century maritime Silk Road, collectively known as the ‘belt and road’.”

The background paper, released by China’s National Development and Reform Commission and its Foreign and Commerce Ministry, pulled no punches.

“The plan is expected to change the world political and economic landscape through development of countries along the routes, most of which are eager for fresh growth,” it reads.

“It is aimed at promoting orderly and free flow of economic factors, highly efficient allocation of resources and deep integration of markets; encouraging the countries along them to achieve economic policy coordination and carry out broader and more in-depth regional cooperation of higher standards; and jointly creating an open, inclusive and balanced regional economic cooperation architecture that benefits all.”

What precisely does this mean?

Beijing has hinted that it wants a transcontinental trunk rail/road constructed across Eurasia, linking Xi’an in central China and Rotterdam in the Netherlands.

Also unveiled at the Boao Forum conference, though in less detail, is the parallel maritime blueprint. This document shows plans to link China’s ports to those in Asean nations, India and East Africa, up into southern Europe ports via Suez or a planned Eilat to Tel Aviv rail link (already awarded to a Chinese company), and on to Venice, which links to Rotterdam.

Of course the old Silk Road, named in 1877 by German geographer Ferdinand von Richthofen, is the inspiration for the ‘Silk Road economic belt’.

It helps having an atlas handy to grasp the magnitude of Beijing’s global vision for the land route that “focuses on bringing together China, Central Asia, Russia and Europe”.

The maritime route, or ‘belt’, proposes two segments: one linking China to a range of Indian Ocean ports and on to Europe; the other projecting into the South Pacific. Both are accessed via the South China Sea, which China claims and is fortifying with naval bases and airfields.

An astronomical $21.1 trillion will have been outlaid when the two-part project is completed.

The impact on international trade and strategy would easily match that of the opening of the Suez Canal in 1869 and its new world brother, the Panama Canal, which opened in 1914.

It should be stressed that Suez boosted Great Britain’s efforts to become a leading economy and global power thereby ensuring London’s role as the industrialising world’s financial hub. Panama did likewise for the US and New York.

Longtime observer of Beijing’s two gargantuan proposals, Shannon Tiezzi of the US-China Policy Foundation, instead compares the transnational pathways to America’s launching of the Marshall Plan after World War II, which secured its foreign policy goals plus the basic goal of sustaining the American domestic economy.

“The Marshall Plan helped establish the US as a bona fide super-power; Beijing is betting its twin Silk Roads can do the same,” Ms Tiezzi said.

“Funding for the ‘belt’ and ‘road’ projects will be carried out through the new Asian Infrastructure Investment Bank (AIIB), China’s own Silk Road Fund, and eventually through a hoped-for financing mechanism administered by the Shanghai Cooperation Organization.”

Another longtime watcher of both projects, former New York investment analyst, author and columnist with Hong Kong-based Asia Times, David Goldman, sees Beijing’s go-ahead for both routes as checkmating not only President Obama, but the US’s entire foreign policy elite.

“Never in the history of American foreign policy has so much egg adhered to so little face as in the matter of AIIB,” Goldman has written.

“All of America’s allies, including Britain and Australia, have elected to join the Chinese-led institution.

“That is a grand validation of China’s one belt/one road vision for infrastructure upgrades across the whole Eurasian landmass.

“China’s President Xi envisions $2.5 trillion of trade between his country and ‘Silk Road’ nations over the next decade.

“Rather than fret about the impact of a slowing (or shrinking) world economy on China’s export-driven prosperity, China is seeking to shape the economic environment around it.

“It is not only the Obama administration that’s been wrong footed by the world’s embrace of China’s economic ambitions, but almost the whole of America’s foreign-policy elite.

“With almost no exceptions, American analysts have misunderstood China.

“One school argues China will inevitably collapse of its own weight, because authoritarian governments supposedly are incapable of efficient allocation of resources; another warns of a Chinese plan for world domination.”

Although the latter is possible, the former cannot be discounted.

More than anything, Britain and America became more successful because they increasingly liberalised, especially after 1869.

If President Xi balks at copying that for China, a virtual certainty, he’ll increase the odds of his global political and economic master plan imploding.