The science of networking is getting more sophisticated, but how you deal with this may be easier than you think. 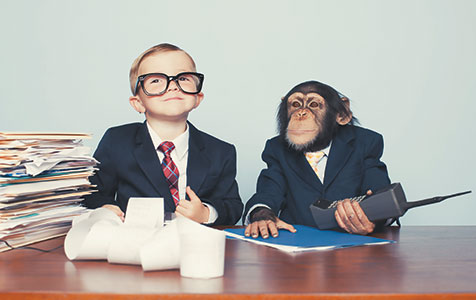 DOUBLE ACT: A little bit of personality goes a long way when it comes to making business connections. Photo: iStockphoto

I’ve been attending networking clubs and networking meetings for the better part of 25 years.

A couple of weeks ago, I attended a Business Networking International event with Chapter Lucky 62 in New York City as a guest. I wanted to give a short talk on networking strategies, but it seems as though the rules of the club forbade it. Respecting that, I attended anyway.

I didn’t really know what to expect since I had never been to a BNI networking meeting before, but I must say, whether they had selected me as a speaker or not, the meeting was exceptional. Very structured, but exceptional. And did I mention structured?

It began with a two-minute educational segment. I expected someone to get up, hem and haw, and give some weak tip. Instead, I listened to an amazing pair that turned their tip into a song.

The singsong tip got the meeting off to an incredible start – both in tempo and in tone. The message was so well constructed and completely customised that I am including it here for your educational pleasure.

“Let me tell you something about your personality.

You’re the only one with it, so let it shine brightly.

You may not be the only lawyer doctor broker cake decorator accountant in town,

But you’re the only one that’s unique inside and out.

So let me tell you how

To stand out from the crowd

They have got to see individuality

You may share a profession with a thousand other folks.

But what sets you apart is you make really lame jokes.

And that’s ok, it just ads to your character, it makes you like-able

So let me tell you how,

To stand out from the crowd.”

The singer-songwriter, Antony Bitar, is a real estate salesman. If you think his song lyric is great, you should see his YouTube introduction of himself for his real estate business. This guy gets it.

The guitar player accompanying Bitar was actually showcasing his talents to the group. Which, by the way, were flawlessly excellent.

Back to the meeting.

After the introduction, a sheet of paper was passed to each attendee that contained everyone’s signature slogan. I was about to be exposed to one of the coolest, one-of-a-kind introduction routines I’ve ever seen. About 80 members are given 30 seconds each to give their introduction, and at the end, the entire group recites their tag line.

As you can imagine, some of them were classic. A woman photographer ended her commercial with “I shoot your family” and the group responded, “so you don’t have to”.

And the Xerox salesperson said she had been copying since the second grade when she copied off her buddy’s test paper – the audience howled.

I did get to give a short one-minute talk. My host gave me her commercial spot, but I went over my allotted time limit and got dinged. Timing is everything.

After the 30-second commercials, two people got to give a five-minute talk to give the members and their visitors a more in-depth look at their business and their ideal referral partners.

Before the meeting ended, members had the chance to thank each other for business, or at least the opportunities for business. And there was a lot of it.

Then a black book was passed around the room where members entered the dollar amount of their closed business from BNI referrals.

This was one of the most serious, yet fun business groups, hell-bent on self-promotion and giving business.

Here are 4.5 things you can learn from this meeting.

1. You don’t always have to say your message. Sometimes you can sing it, and it’s much more attractive and effective.

2. Creating group participation for individual commercials is both powerful and memorable. When 80 people say your tag line in unison, it creates a unity of group and memorability of message – especially if it’s funny.

3. Leads and networking groups don’t work unless there are plenty of leads and everyone is willing to give them. This group was just as interested in giving as they were in getting.

4. The science of networking is getting more sophisticated. You have to be prepared, be willing to share, and be reputable.

I’ll be back in NYC in a few weeks. The BNI meeting is at the top of my list to attend. I’ll be bringing a few leads.

With just 19 members in the chapter, that equates to about $118,000 per member.  It's one of Perth's smallest chapters by way of members, but claims to be the best performing by way of business generated.

Platinum Partners' president is Nicola Watts of family law firm Patterson and Dowding, while its founding members include Rob Bentley of business coaching firm Acuity Group. Platinum Partners meets every Tuesday for breakfast at 7.30am in the city.

• Jeffrey Gitomer is an American author, professional speaker and business trainer, who writes and lectures internationally on sales, customer loyalty and personal development.