Neometals to make A$80m a year from innovative vanadium processing

Neometals Ltd is looking to create a low-cost vanadium production hub in Sweden by utilising its innovative processing technologies to treat waste from SSAB’s Lulea steel mill. A recently tabled scoping study over the project estimates it will throw off almost A$80 million a year in cash flow over an initial 10.5-year life with the next stage of test work already underway. 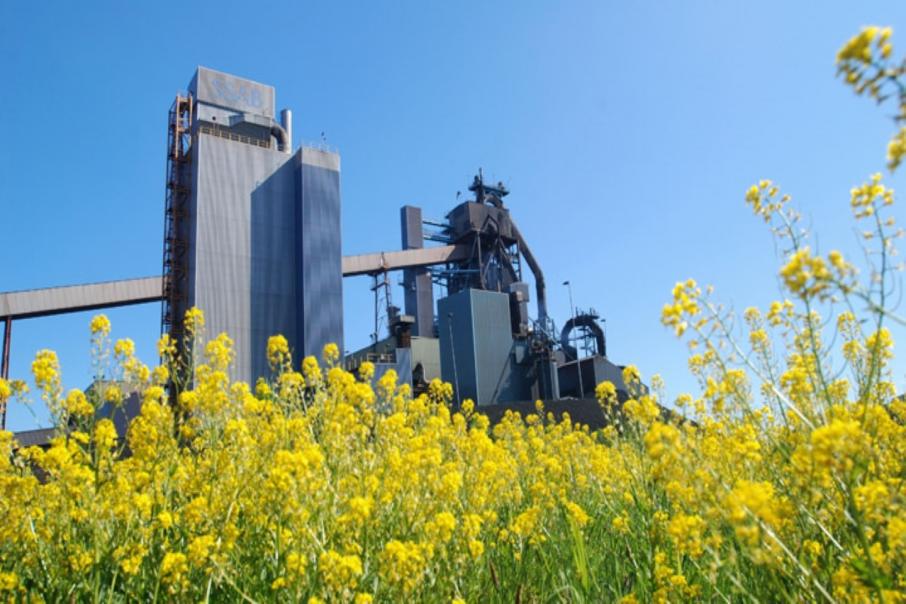 Neometals Ltd is looking to create a low-cost vanadium production hub in Sweden by utilising its innovative processing technologies to treat waste from SSAB’s Lulea steel mill. A recently tabled scoping study over the project estimates it will throw off almost A$80 million a year in cash flow over an initial 10.5-year life.

Neometals proprietary processing technology is the centre piece of its Swedish proposal. The technology essentially creates a saleable vanadium product from what would have otherwise been a waste stream.

Iron ore feedstock for the SSAB mill contains high-levels of vanadium that is not captured in the steel making process and is instead dropped out of the steel furnace as a waste product or ‘slag’ – Neometals is looking to monetise this slag which contains close to 4% V2O5, a grade that would have most vanadium miners skipping all the way to the mill.

To put this into perspective, many would be vanadium miners are looking to produce ores grading at less than 1% V2O5 – with almost four times the grade and no requirement for hard rock mining, Neometals project will enjoy a distinct advantage from the outset.

Neometals Managing Director, Chris Reed, said: “We are acutely aware that vanadium markets are historically volatile, however, the potential low‐cost production profile provides a significant sustainable competitive advantage and the ability to produce a product enjoying a tailwind of critical metal classification in North America (and elsewhere) which provides us with strong comfort to advance to the next stages of our project evaluation”.

In what looks to be a smart pairing, Neometals entered into an option agreement in April with mineral development company, Critical Metals Ltd to develop the vanadium processing operation in Sweden.

Under the proposed terms of the 50:50 joint venture, Neometals will oversee the test work and engineering of the developing operation whilst Critical Metals will undertake most of the in-country logistics including the securing of a conditional supply agreement with SSAB to acquire the vanadiferous slag produced by its nearby steel works.

Neometals’ processing smarts use conventional processing to produce a feed for an atmospheric leach circuit, operating at mildly elevated temperatures. This process dissolves the vanadium into a metal-rich solution from which vanadium pentoxide flake can be readily precipitated for later sale.

Neometals is aiming to use the extensive stockpiles of vanadium-rich slag at the Lulea mill in Sweden as feed for its processing operation, with a proposed throughput of 200,000 tonnes per annum to produce an impressive 12.12 million pounds of high-purity vanadium pentoxide each year.

The company estimates the CAPEX for the operation will come in at around US$159 million, which compares well against the expected US$54m in annual free cash flows for its 10.5 year initial plant life.

Over that period, Neometals estimates the operation will bring in almost US$1.1b in revenue against a lowest quartile cost to produce of just US$3.92 a pound of recovered vanadium.

The city of Lulea boasts a laundry list of enticements for a developing operation including a well-developed mining and processing jurisdiction, a skilled work force, ready access to both cheap and plentiful water and power and a world-class port facility.

Unlike some other ASX-listed companies, Neometals should be taken seriously when it talks about getting into production in the exotic metals space as it has been there and done it before.

The company practically re-wrote the junior explorer playbook when it catapulted the Mt Marian lithium project into production near Norseman and if it is true that you are only ever as good as your last deal, then Neometals is in Black Caviar form.