Perth based Neometals has commenced a greenfields exploration project in the celebrated Forrestania nickel region west of Norseman in Western Australia.

Neometals “Stormbreaker” prospect at Forrestania is only 7km north and along strike from Western Area’s renowned Flying Fox mine which is widely recognized as one of the highest grade operating nickel mines in the world.

The company says that its Stormbreaker prospect which it holds 80% of is hosted within the same favourable western ultramafic komatiite unit as Flying Fox.

Western Area’s “Spotted Quoll” mine which commenced production just 24 months after being discovered in 2007, operates in the same area and also boasts some of the highest grades of any operating mine in the world.

Both Spotted Quoll and Flying Fox are mineralized down to around 1km with Flying Fox already operating at that depth and producing 12 000 tonnes of nickel per annum for just US$3 per pound.

Spotted Quoll produces nickel at just USD$2 per pound which is a reflection of the superior power, water and other infrastructure that exists in the Forestania area.

Flying Fox has a total high grade resource of over 1.9m tonnes grading 5.2% nickel and Spotted Quoll boasts over 2.5m tonnes grading a whopping 5.6% nickel with grades as high as 6.6% at depth.

Mr Kelly is a Geochemist and Mr Stuart who is a Geophysicist was a partner in ANPC, the organization that founded Western Areas.

The pair, who both cut their teeth with Western Mining in the sixties have developed a proprietary technology that they will employ in an attempt to find another Flying Fox style mine at Stormbreaker - and with around $34m in the bank, if there is something there Neometals can afford to find it.

Substantial shareholders as published in the annual report.
END_OF_DOCUMENT_TOKEN_TO_BE_REPLACED
Powered by Morningstar ® 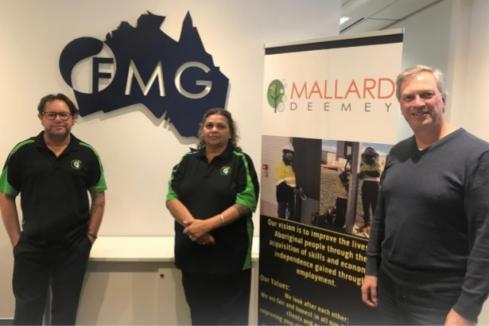