New drill results suggest that Neometal’s world-class Mt Marion Lithium Project near Coolgardie is set for even further growth in its total resource and that's in addition to the recently announced 160% increase. Neometals, who today announced the conclusion of their 147 hole drilling program at Mt Marion currently hold a 13.8% free carried stake in the project. 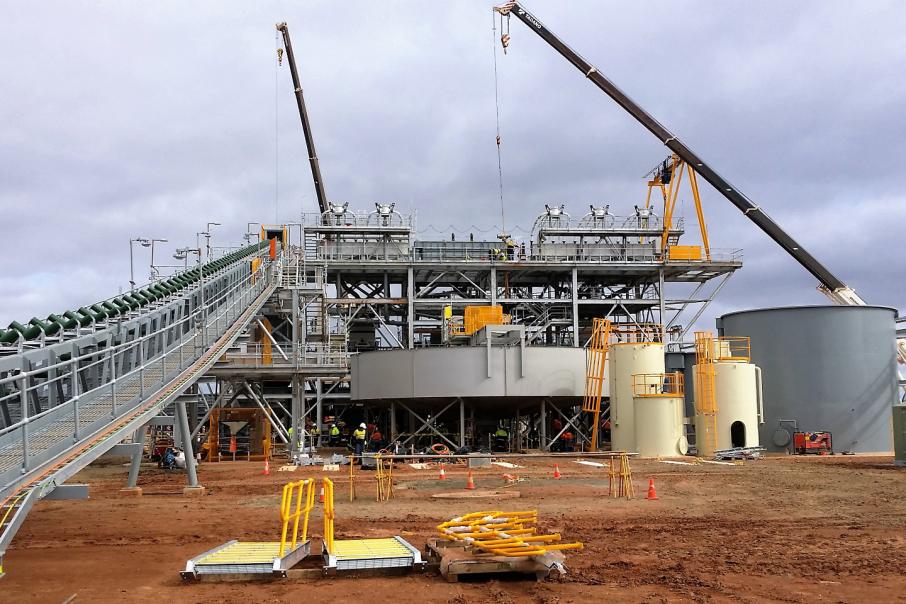 The Mt Marion Lithium Project near Coolgardie is hurtling towards its first shipment in the final quarter of 2016.

New drill results suggest that Neometal’s world-class Mt Marion Lithium Project near Coolgardie is set for even further growth in its total resource, on top of the recently announced 160% increase.

Perth-based Neometals, with a 13.8% free carried stake in the Mt Marion project, announced today the conclusion of its 147 hole drilling program at Mt Marion.

The company said results to date had “been positive, with significant increases in the previously defined shallow, west dipping, spodumene‐bearing pegmatites at Areas 1, 2, 2 West, 4, and 6.”

The company says that at Area 2 West, RC drilling further defined the bounds of the deep, sub vertical pegmatite ‘feeder’ previously reported in the March ASX Quarterly. This unit is a 40 to 80 metre spodumene bearing pegmatite with a continuous vertical thickness up to 370 metres and a strike length of up to 350 metres. The unit remains open at depth to the north.

The large and potentially highly rewarding feeder zone is also the target of a diamond drilling program that began in June to better define deep mineralisation. Neometals said 12 diamond drill ‘tails’ of existing RC holes had been drilled to date, for a total of 2,050 metres.

The new drill results are the latest in a series of positive developments for the Mt Marion Lithium project, which is hurtling towards its first shipments of Lithium in the final quarter of this year.

The current mining plan, based on the pre-upgrade resource figure, already makes Mt Marion one of the world’s largest Lithium suppliers, accounting for about 25% of world production.

At last week’s Diggers and Dealers conference, Neometals said it expected to release a further update to its resource figure later this month, followed by maiden reserve and final resource figures in September and October respectively.

Mt Marion’s transformation into a major producer of Lithium now appears unstoppable and the broking fraternity appears to be taking notice with some predicting bullish share price increases for Neometals in coming months.