Neometals has taken a significant step towards establishing its massive Barrambie, titanium-vanadium project in the Murchison region of WA. The company has strengthened its ties with leading Chinese metallurgical expert IMUMR. The joint venture partners are now looking to establish a hydrometallurgical demonstration plant for the deposit and possibly, a subsequent 50:50 JV production arrangement going forward. 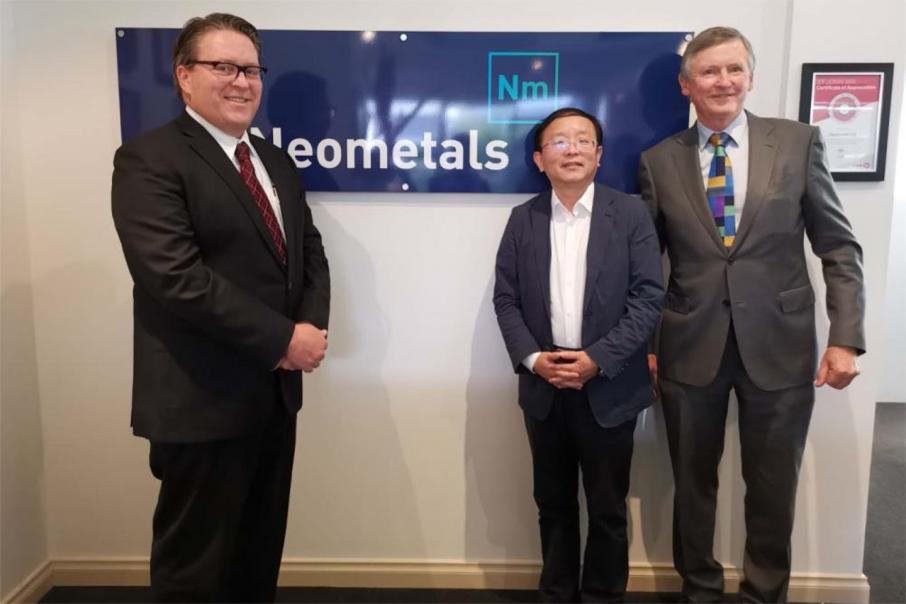 Neometals has taken a significant step towards establishing its massive Barrambie titanium-vanadium project in WA by strengthening its ties with one of China’s leading metallurgical experts.

The ASX-listed company with a track record of successful mineral development, has just signed a memorandum of understanding with the Institute of Multipurpose Utilisation of Mineral Resources Chinese Academy of Geological Sciences, or “IMUMR”.

The aim of the MoU is the establishment of a hydrometallurgical demonstration plant for Barrambie and possibly, a subsequent 50:50 joint venture between the parties moving forward.

IMUMR is already familiar with Barrambie, having conducted the previous beneficiation and pyrometallurgical test work on bulk samples from the large ore system.

Under the terms of the agreement, Neometals’ current pilot test work for the production of high-purity titanium and vanadium chemicals from the eastern band of the deposit will continue, with the beneficiation proposed to be undertaken in Australia.

Subject to both partners being satisfied with the results and subject to a decision to proceed with the demonstration plant, further ore mineral concentrate will be despatched to China for processing during the first half of 2020.

IMUMR will build an appropriate plant at its extensive Chinese facilities and if the trial results are satisfactory, the parties plan to jointly conduct a Class 3 engineering cost study, also known as an ECS, to evaluate a mining and concentrating operation at Barrambie with subsequent downstream processing in China.

Following completion of the ECS, the JV would then review the results to determine whether to proceed to a final investment decision and negotiate, in good faith, the terms of the 50:50 JV arrangement.

Located around 80 kilometres northwest of Sandstone in WA’s Murchison region, Barrambie is regarded as both one of the world’s highest-grade hard rock titanium deposits and host of one of the largest known vanadium projects.

IMUMR is among the top Chinese metallurgical institutes and has extensive experience in the downstream processing and smelting of vanadiferous-titanomagnetite concentrates.

It also has acknowledged expertise and deep relations with China’s titanium and vanadium chemical processing industry, including a national mandate to develop upstream supply chains for industries of strategic relevance to the east Asian nation.

IMUMR will have the right - subject to the Australian company’s approval - to assign its interests under the agreement to a commercial Chinese chemical processing partner.

Neometals Managing Director Chris Reed said: “IMUMR’s commitment bodes well for further development at the Barrambie vanadium-titanium minerals project and supports the Neometals’ development and acquisition costs to date to prove up the Barrambie resource as one of the world’s richest titanium and vanadium deposits.”

“China is the largest producer of titanium and vanadium chemical products in the world, with applications spanning titanium pigment, aerospace alloys and energy storage applications.”

“Neometals successfully developed its Mt Marion lithium project by building inherent value and then fast-tracking development with strong partners. We intend to adopt a consistent development approach at Barrambie, albeit retaining a more material JV interest in the operating integrated project.”