Even though Neometals' massive Barrambie titanium-vanadium-iron resource in W.A is of a globally significant scale, it has flown under the radar given that Neometals is better known for its development of the equally significant Mt Marion lithium mine near Coolgardie. The company surprised the market last week by announcing a 280m tonne Resource at Barrambie grading 9.18% TiO2 and 0.44% V2O5. 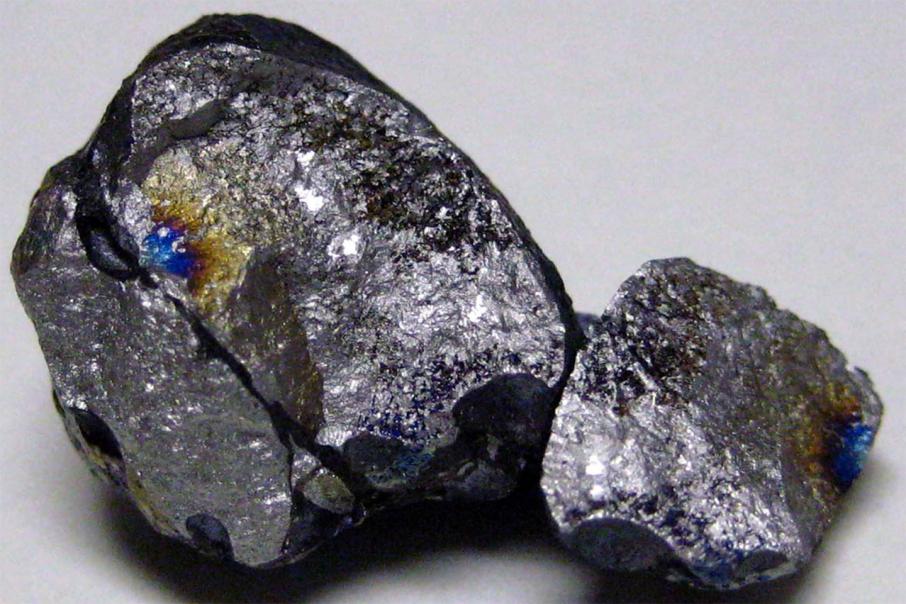 If 100% of Neometals’ goliath Barrambie titanium-vanadium-iron project could be mined, it would result in a staggering top line income before production and extraction costs.

Even if just the high-grade titanium subset could be mined economically, the project would still show an extraordinary top line.

Neometals’ Barrambie project has largely flown under the radar for Neometals who is better known for its work in getting the Mt Marion lithium mine near Coolgardie into production.

The company took the market by surprise recently by announcing a massive global resource at Barrambie of 280.1 million tonnes grading 9.18% titanium dioxide and 0.44% vanadium pentoxide.

Of note is the tenor of the ore body that extends to just 80m in depth located southeast of Meekatharra in the Murchison district of Western Australia.

The deposit contains nearly 26 million tonnes of titanium dioxide and 1.23 million tonnes of vanadium pentoxide. With commodity prices for TiO2 sitting at around US$3,000 a tonne and US$30,000 a tonne for V2O5, simple maths, unfettered by the complications of mining, show a crazy in-situ metal value albeit it should be noted that in-situ values never reflect the true value of a project or if it is even viable to mine it.

The resource estimate was completed by well-respected, Perth-based Snowden Mining Industry Consultants, who suggested ore block cut-off grades of 10% TiO2 and 0.2% V2O5 were appropriate for resource modelling, based on current commodity prices and project economics.

Snowden also estimated an off the scale exploration target for potential resources outside the new mineral resource of approximately 470 – 700 million tonnes grading between 6 - 10% TiO2 and 0.3 – 0.5% V2O5.

The “Barrambie Deeps” constitutes the bulk of the new exploration resource target, with 400 – 600 million tonnes estimated at the same grade ranges for TiO2 and V2O5.

In the coming 12 months, Neometals intends to drill test the Barrambie Deeps target that sits beneath the current JORC-compliant resource to a depth of 230m.

The company will initially drill test the strike of the Deeps area on traverses 1km to 2km apart to establish continuity of the mineralisation.

Perhaps more importantly however, Neometals already has Chinese counterparties assessing samples of its ores to make a call on committing to an off-take agreement which could dramatically enhance the viability of the project.

This is pretty much the same playbook Neometals used at Mt Marion except this time the company has an additional ace up its sleeve – its Neomet mineral processing technology that management says can dramatically cut the cost of processing and upgrading deposits such as Barrambie.

Whilst the Chinese are currently assessing the ore using traditional processing methods, don’t be surprised if Neomet is thrown on the table at some stage to sweeten the deal for Neometals.

Neometals Chief Executive Officer, Chris Reed said: "As we progress the dual-track evaluation of direct shipping ore and integrated titanium vanadium production, with strong market conditions and pricing, it is timely to update the Barrambie resource and maiden exploration target.”

“Barrambie is globally significant in both size and grade, and offers significant optionality in terms of timing, scale and commodity focus for optimal development.”

In 2015, Neometals completed a PFS at Barrambie, based on its 2013 mineral resource estimate for the project which focussed on sending a magnetic concentrate more than 800km to Perth, where it was to produce a premium-grade titanium dioxide for direct sale.

How things have changed for Neometals in 3 years, with a number of stars now aligning perfectly for the company.

With Mid-West iron ore plays now winding down, significant shed capacity is opening up at the nearby Geraldton port should Neometals choose to direct ship its high-grade ore concentrate to China.

The company is now also fully invested in the evaluation of two different routes for processing of its ore concentrates from Barrambie.

Neometals’ subsidiary Alphamet Management is developing the Neomet Process, which uses a proprietary acid recovery process to vastly improve the recovery and grade of saleable metal products, without smelting the ores.

Neometals believes the successful commercialisation of the Neomet Process will be a game-changer for the mining and processing industry worldwide, possibly almost eliminating pyrometallurgical smelting processes and their associated pollution effects.

The company is also investigating the use of solar power at Barrambie to offset power costs and potentially lower the operating costs for the mining project.

In the near-term, Neometals is looking to complete and commission a pilot plant for the Neomet processing of the titanomagnetite ore concentrates and begin seeking strong partners to commercialise the technology.

It will also optimise an ore reserve, suitable for commencing a DFS.

When it rains it pours and Neometals appears to be on a roll having also announced last week it had updated the mineral resource estimate for its Mt Edwards nickel tenements that were picked up in March during the Mt Edwards lithium project acquisition.

The mineral resources are contained within six different deposits on granted mining leases, centred about 30km by road southwest of Kambalda.

Neometals procured the nickel rights from Apollo Phoenix Resources for A$1.8M, as part of a larger transaction focussed on the nearby Mt Edwards lithium project.

Just for good measure Neometals also has a $20m annual stream of cash coming in courtesy of its 13.8% stake in the Mt Marion lithium mine which it developed with two other partners.

That income stream doesn’t look like stopping any time soon and with tens of millions in the bank and one major project already taken to production, this is one company that should be taken seriously when it says that it wants to monetize a globally significant mineral deposit.