Neometals’ push into high-value lithium hydroxide is moving ahead at a rapid pace, with a FEED study expected to get underway in the first quarter of 2018 followed by a final investment decision as early as the end of the year. The plant is just one of three downstream projects in progress, including a cutting-edge lithium titanate research project that could replace graphite in batteries.. 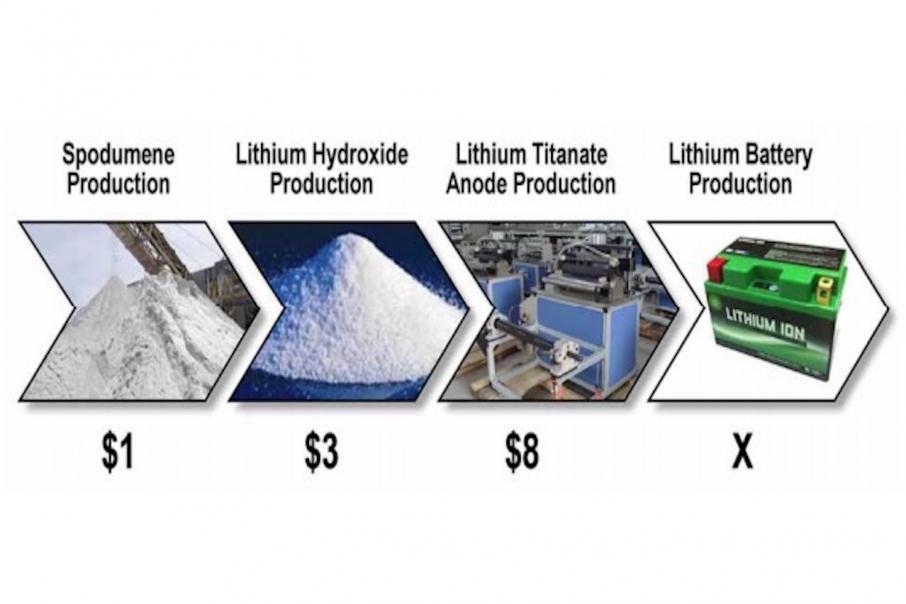 Neometals is set to hit major milestones in 2018 for a number of proposed downstream lithium projects, including an expected final investment decision on a lithium hydroxide plant in W.A using feedstock from its part owned Mt Marion lithium mine near Coolgardie.

In a project update lodged with the ASX this week, Neometals reported it had made progress on the development of the lithium processing facility, expected to be built near Kalgoorlie, close to its Mt Marion mine, with a potential site at Kwinana also under consideration.

The downstream project has long been an objective for Neometals, who has a binding off-take option for at least a 12.37 percent share of Mt Marion’s production from February 2020.

Vendor equipment and metallurgical test work is being conducted in North America and results to date had been positive and in line with expectations.

Work is also under way on flow sheet design and process design criteria for the lithium hydroxide plant. The results are expected to be released in a report by mid-February. This will be used as part of a “FEED” study that is expected to get started in the first quarter of 2018 and conclude in late 2018. A final investment decision is targeted for the last quarter of 2018, with commissioning in March 2021.

Neometals also said it was having detailed discussions with a short‐list of potential project partners, including companies in related OEM industries.

The company is also co-developing lithium battery recycling technology to create value from the estimated 95 per cent of lithium batteries that are not recycled. This week’s updated revealed that construction of a 100 kg/day pilot plant in Montreal is almost complete. The first sections of the plant have been commissioned and operations will begin in the first quarter of 2018. The pilot plant aims to repeat the success of bench-scale tests in recovering lithium, cobalt, nickel and manganese from consumer electronic waste and car manufacturers.

Neometals said it was also making progress with its innovative LTO, lithium titanate research project, which has the potential to deliver a very high-value processing option for lithium and the company’s vast reserves of titanium at the Barrambie project, located in Western Australia.

LTO is a battery anode material that is many times more efficient that graphite. Neometals have patented their propriety technology, which has been developed with the assistance of CSIRO. A leading US testing organisation will begin tests of Neometals’ LTO anodes in January.

Neometals Managing Director, Chris Reed, said: “2017 has been a successful year for the company and has seen us advance our strategy to maximise the value of our future lithium offtake through downstream processing and battery recycling. We are engaged in discussions with parties across the entire lithium battery supply chain to commercialise our downstream projects and confident of delivering on our strategy to partner with strong industry players.”