Neometals is now fully focussed on progressing the Barrambie vanadium-titanium-magnetite project near Sandstone, WA, towards a final investment decision this year following the completion of the $104m Mt Marion divestment. The company is also planning to complete the Canadian lithium‐ion battery recycling pilot and feasibility study and proving up the potential of its zeolite production process. 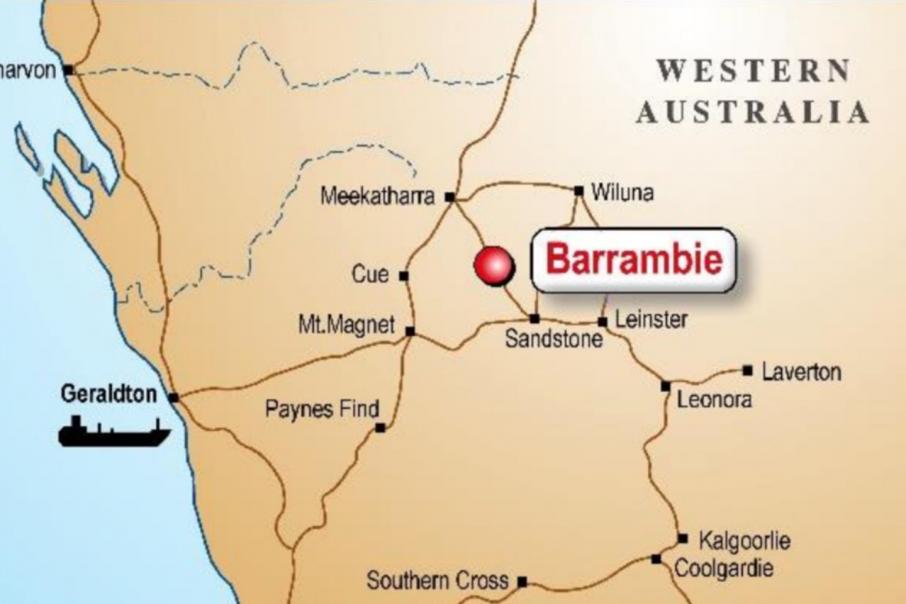 Industrial minerals developer Neometals Ltd has its eyes firmly set on progressing the Barrambie vanadium-titanium-magnetite project near Sandstone, WA, towards a final investment decision this year.

This follows the completion of the $104m Mt Marion divestment that has left Neometals with an enviable war chest of about $131m in cash and another $7m in listed investments.

Not too shabby for a company that has a current market cap of just $125m.

Whilst Barrambie was long the second string in Neometals’ arsenal and was for a time the subject for a potential demerger, the project is now taking its place as top dog.

This promotion is made on the back of its massive resource and the prevailing high price of vanadium, which has nearly tripled since the original BFS for the project was released in 2009.

The current mineral resource estimate is 280.1 million tonnes grading 0.44% vanadium pentoxide and 9.18% titanium dioxide, which is up there with some of the largest, highest-grade, undeveloped vanadium projects globally.

Neometals expects to release an updated DFS and ore reserve estimate in April that will form the basis of the formal offtake, partner and financing processes. Vendor test work, front‐end engineering and design studies and the approval processes will also be carried out in parallel.

The upcoming DFS reset will examine staged development options for the large project, including offshore processing of the crushed ore, onsite production of a high-grade magnetic concentrate for direct sale and potential refining opportunities to generate premium vanadium chemicals.

It is also expected to consider alternate processing technologies over the traditional salt-roast leach operation that was originally set down for Barrambie.

Other short-term priorities include completing the Canadian lithium‐ion battery recycling pilot and feasibility study, advancing design and approvals activities for the Kalgoorlie lithium refinery project and proving up the zeolite co-product opportunity.

Earlier this month, Neometals commissioned the first stage of a plant to prove its “universal” lithium-ion battery recycling process at a pilot scale.

This stage effectively shreds the batteries and removes the metal casings and plastics, leaving the raw materials for the mineral processing and chemical extraction sequence of the process.

The pilot operation will double as a showcase facility generating product samples for qualification with potential customers and providing key data required for the various engineering and financial studies.

Separately, the company is working on producing zeolite samples for product qualification ahead of pilot‐scale test work planned to commence in the June quarter.

Neometals completed laboratory testing of its proprietary process that turns waste from the production of lithium hydroxide into the lucrative synthetic material last year.

Zeolite is a microporous, aluminosilicate mineral that is commonly used to remove carbon dioxide in air purification and moisture and hydrogen sulphide from natural gas.

The company is studying the potential for this process to be either a standalone operation or integrated into its proposed lithium refinery.

A feasibility study for the zeolite co-product opportunity is planned for completion in the December quarter of 2019.

Neometals is also continuing to advance the engineering and approvals processes for its proposed lithium hydroxide refinery in Kalgoorlie.

This refinery could use the company’s binding life‐of‐mine annual offtake option for 57,000 tonnes per annum of Mt Marion 6% spodumene concentrate for processing into lithium chemicals.

Managing Director Chris Reed said: “We will continue to take a very measured approach to capital allocation and the timing of investment decisions of multiple advanced projects in our portfolio.”