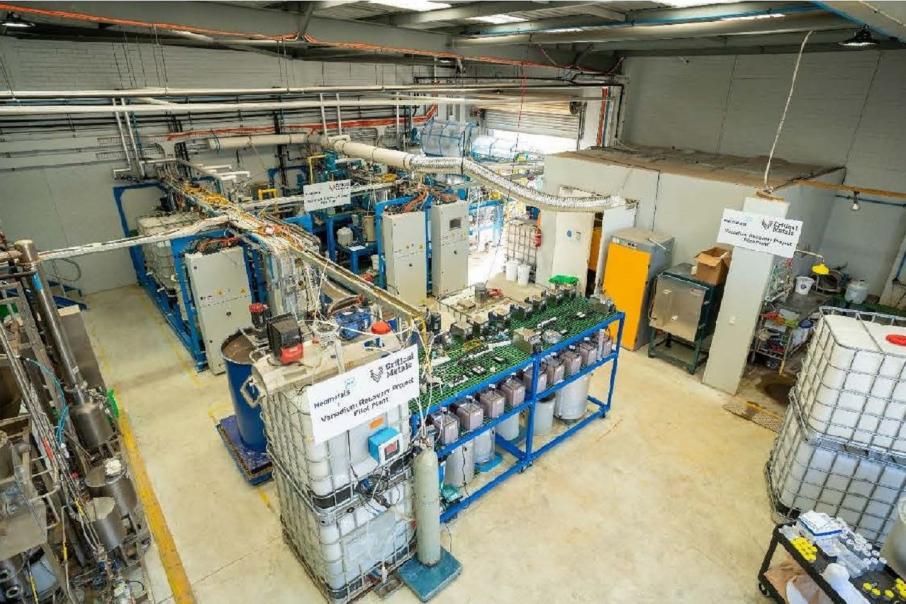 Neometals sourced the steel by-product, or slag feedstock from a trio of Scandinavian steel mills. The pilot plant at a commercial laboratory in Perth milled and processed the material continuously for 24 days using the company’s proprietary hydrometallurgical process technology for recovering vanadium from slag.

The $466 million market-capped company has deemed the pilot trial a successful scaled-up demonstration of the vanadium recovery process and sees the data gleaned from the pilot campaign as having delivered a positive precursor to a proposed definitive feasibility study, or “DFS”.

Neometals Managing Director Chris Reed said: “We are very pleased to confirm, at scale, the exceptional product purities and recoveries from our proprietary, carbon sequestering, vanadium recovery process. Data from the pilot will now feed into our feasibility study to confirm potential lowest-quartile operating costs and leading capital cost estimates from the earlier pre-feasibility study.”

“The pilot has significantly de-risked the project enabling the acceleration of commercial offtake discussions, reagent sourcing and approvals processes for the development of the project at the Port of Pori, Finland.”

The company says vanadium pentoxide product samples from the pilot trials are already on their way to potential offtake partners in Europe and Japan for testing in high-tech applications including in batteries.

Neometals holds the right to earn a 50 per cent interest in the JV, which is looking to build a vanadium recovery facility in Finland designed to produce high-grade vanadium pentoxide from high-grade vanadium-bearing steel making slag stockpiles in Scandinavia.

It is now finalising preparations including engineering contractor selection for the DFS that it hopes to release in mid-2022.

Neometals is sole funding and managing the evaluation studies including the pilot trials up to a final investment decision that is targeted for the end of next year with a view to commercial production start-up two years later.

If the partners decide to go ahead with the project development, Neometals will then have met its obligations to secure the 50 per cent stake.

Neometals tabled a cracking pre-feasibility study, or “PFS” on the Finland blueprint just over three months ago.

Headline numbers in the PFS were total free cash flows before tax of US$764 million or an average of about $US72.7 million a year across an initial plant operating life of 10.5 years.

Pre-production capital costs of construction have been forecast in the PFS to come in at US$183.4 million.

With about three-quarters of global vanadium demand met by China and Russia, Critical Metals says the vanadium recovery agreements between the company, SSAB and Neometals provide an opportunity to supply into the European vanadium market.