Neometals get serious about downstream processing 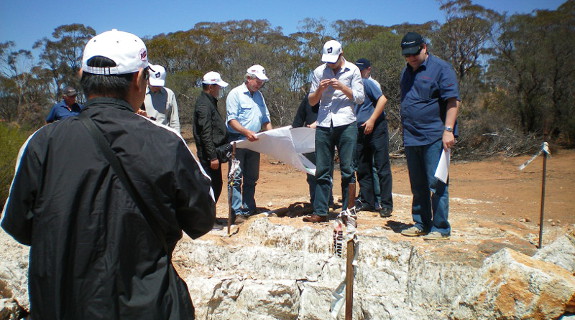 Neometals and Mineral Resources jointly own the WA based Mt Marion Lithium project along with Chinese partner Jiangxi Ganfeng Lithium Co., Ltd (“Ganfeng”). The project is expected to start producing as early as next year.

Ganfeng, who are the second largest Lithium producer in China have signed a take or pay agreement for 100% of the off-take from Mt Marion for at least the first 3 years.

However Neometals and Mineral Resources have the right to claw back 51% of that Lithium production after year 3 and the current DFS will look to put that production stream to good use.

The Lithium Hydroxide plant will effectively become a second project for Neometals (in addition to the Mt Marion mine) that will operate as a stand alone downstream processing operation expected to make even more money than the mine itself.

In a previous pre-feasibility study, Neometals determined that a downstream processing plant to be built in Malaysia would have produced total revenues of over USD$3b with a pre-tax cash flow of USD$1.19b.

It was expected to cost $83m which would be paid down after just 2 years showing a significant IRR of 94%.

All downstream Lithium processing technology and patents associated with the “Eli process” are beneficially owned by Neometals and Mineral Resources on a 70% / 30% basis respectively.

Market growth in the Lithium sector has been pushed along by an ever increasing interest in the renewable energy storage and electric vehicle sectors which rely heavily on Lithium.

Battery grade Lithium in China is selling for up to USD$11 000 per tonne and with a current resource of 23.24m tonnes grading 1.39% Lithium with iron oxide credits, the future looks bright for Neometals.