Neometals have rolled out another breakthrough technology that could make giant lithium brine evaporation ponds a thing of the past. The Mt Marion Lithium mine founder has developed a new titanium-based material that extracts lithium from brines in just 30 minutes, compared to a 12-month wait with evaporation ponds. 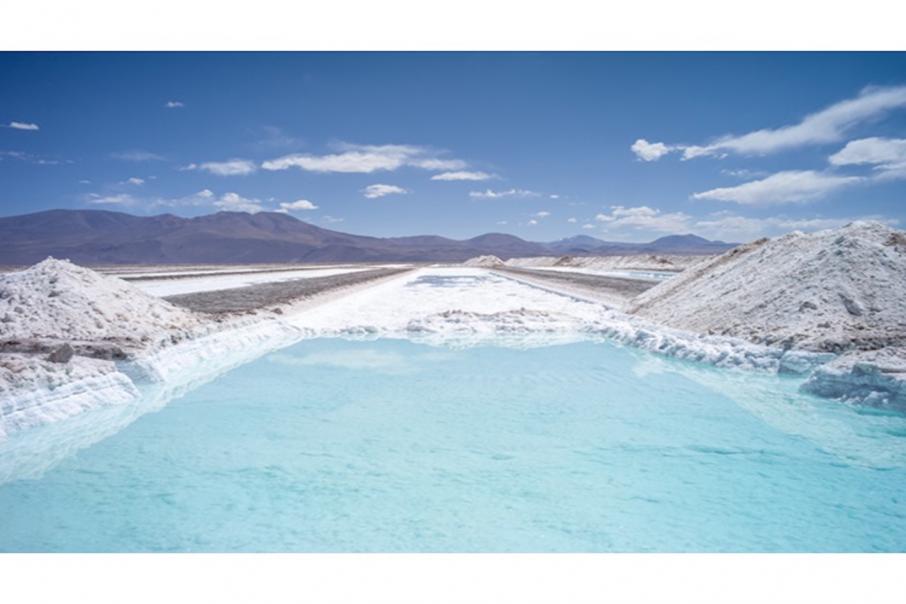 A new mineral processing technology developed by Perth listed Neometals could revolutionize the way lithium is extracted from 75% of the world’s lithium resources.

The founder of the Mt Marion hard rock lithium mine on Thursday revealed yet another new addition to their bulging portfolio of mineral processing technologies.

In a statement to the ASX, Neometals reported they had been testing the effectiveness of a titanium-based adsorbent material in extracting lithium and potassium from brines.

Whilst Lithium is generally found in hard rock formations in W.A, around the world it is found in abundance in liquid form via salt brines.

The success of the tests has potentially huge implications for the global lithium industry with 75% of the world’s lithium resources currently sitting in brines which rely on giant evaporation ponds to produce a Lithium concentrate.

It takes about 12 months for solar evaporation ponds to extract lithium from the brines and they come with large capital, operating and environmental costs.

Neometals’ newly developed titanium adsorbent can do the same job in 30 minutes and nearly all of the brine volume can be returned to local aquifers, which means minimal impact on the water table.

The ‘proof of concept’ testing by Neometals was conducted by an independent Australian research facility which has achieved “outstanding” results according to the company.

Neometals reported that tests showed a 100% rejection of sodium by the titanium adsorbent, with lithium recovery ranging from 53% to 79% and potassium recovery of 36% to 45%. Metals not recovered are returned to the brine for recovery next time around.

The performance of the adsorbent appeared to improve with increased grade of raw material, which is excellent news given that Neometals own Titanium project, Barrambie, is one of the highest-grade titanium deposits in the world.

Neometals Managing Director, Chris Reed, said: “Proving the scalability of this technology will have significant implications for brine-based producers and developers, who hold 75% of the world’s lithium resources. Increasing the speed and yield of lithium extraction from brines and reducing operating and capital costs are the keys to unlocking supply needed to meet the lithium demands of the next decade.”

The company has already filed for a provisional patent and made an application under the Patent Cooperation Treaty to secure international protection for its new technology.

Neometals commercial strategy is to license the technology for royalties and retain the right to use it for any brines that they might develop themselves.