ASX-listed minerals and advanced materials development company, Neometals, has continued to build a comprehensive nickel inventory at its Mt Edwards project in Western Australia. Recent work has included a doubling of contained nickel within its 132N deposit resulting in an updated resource weighing in at 460,000 tonnes at 2.0 per cent nickel. 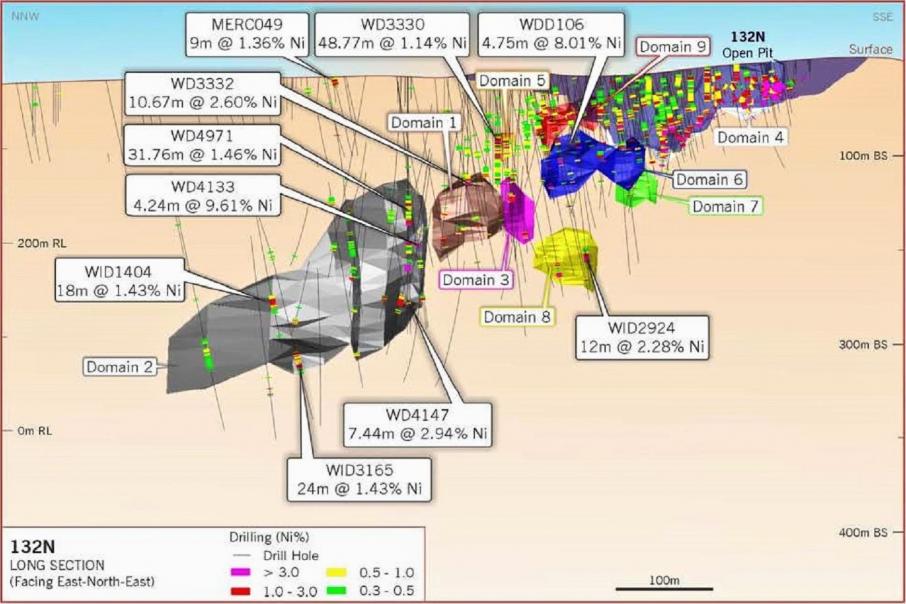 ASX-listed minerals and advanced materials development company, Neometals, has continued to build a comprehensive nickel inventory at its Mt Edwards project in Western Australia. Recent work has included a doubling of contained nickel within its 132N deposit resulting in an updated resource weighing in at 460,000 tonnes at 2.0 per cent nickel.

Neometals’ Mt Edward nickel sulphide project is located 35km to the southwest of the mining centre of Kambalda. Its tenure covers 300 square kilometres of the fertile terrane and stretches over more than 50km of strike. Notably, the project also occupies a strategic position over the famed Widgiemooltha Dome nickel field.

The company acquired the multi-commodity project in 2018 and immediately set about exploration for both nickel and lithium across its tenure. The global resource for the Mt Edwards project area now tips the scales at a hefty 8.72 million tonnes grading 1.7 per cent nickel. The resource takes in eleven separate deposits and hosts more than 145,000 tonnes of contained nickel.

Neometals‘ recent development program has centred on the 132N deposit in the central tenement area with a detailed review of the historic drilling, combined with its own infill diamond drilling, resulting in a doubling of the contained nickel tonnage within the deposit.

The 132N deposit was originally discovered by INCO in the 1960s, with WMC subsequently mining a modest tonnage of ore from the deposit in 1988 and Titan Resources also extracting a small tonnage of sulphide ore in 2008.

This cavalcade of explorers and miners has left a considerable drilling database over 132N with more than 59km of drilling having been ploughed into the mine area and its surrounds facilitating an increasingly detailed model of the sulphide lodes. Neometals has now defined the deposit down to a depth of around 350m and along more than 500m of strike.

An ongoing review of 132N has also identified considerable scope for the current resource to be extended, along both the northern plunge extents of the deposit and at depth. Additional diamond and RC drilling is currently being planned to provide geological and geochemical data which it is hoped will provide a better interpretation of the mineralised system and assist targeting of future exploration.

The company has also continued its exploration at its Lake Eaton prospect, north of Mincor’s resurgent Cassini deposit in the southern project area. A myriad of geophysical surveys, including magnetics, seismic and electromagnetics, have outlined multiple conductors within Neometals’ tenure.

Subsequent RC and diamond drilling of these conductive targets at Lake Eaton South, along strike from Mincor’s Cassini North prospect, have intersected nickel sulphide mineralisation at relatively shallow depths, with the better intercepts including 7m at 0.63 per cent nickel and 5m at 0.66 per cent nickel. Further analysis of this drilling is seemingly required to determine the source of the mineralisation and in any plans for future exploration.

However, Neometals’ work at Mt Edward’s has continued to identify opportunities within the company’s tenure for expansion of the existing resources positions. There is also considerable potential for new discoveries across the company’s extensive tenement holdings.

With nickel continuing to bubble along at more than US$14,000 per tonne, and the Julimar discovery continuing to excite the market, the company has plenty of incentive to continue to its exploration of this nickeliferous terrane.